Jose Ramirez has emerged as an AL MVP candidate for the Guardians as they head to Minnesota to face the Twins today. Amid a tear for Ramirez, we highlight a plus-money play for the third baseman in our MLB player props. 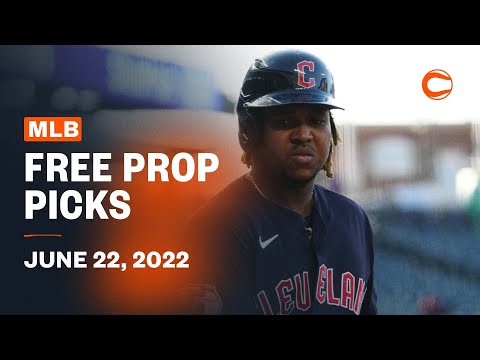 It’s a fully loaded day of MLB betting today, as with four matinee matchups and all 30 teams in action, there are player props to bet on all day long.

Today, we look at a pair of props for a couple of innings-eaters — one good and one not-so-good — as Zack Wheeler takes the ball for the Phillies while one of our favorite fades — Patrick Corbin — will be on the mound for the Nationals.

Check out our MLB player prop picks for Wednesday, June 22, as we bank on some of baseball’s best (or worst) to do their thing.

A) Jose Ramirez, Carlos Correa, and Gary Sanchez to each record an RBI BOOSTED to +1,100 at Caesars! Claim Now

B) Shohei Ohtani to get a hit (batting) and a strikeout (pitching) in the same inning BOOSTED to +160 at BetRivers! Claim Now

Philadelphia Phillies starter Zack Wheeler has been one of MLB’s most reliable pitchers when it comes to innings pitched over the past few seasons and after a bit of a rough start to the 2022 campaign, Wheeler has gotten back to his innings-eating ways.

Wheeler has pitched at least six innings in eight of his last nine starts and has gone Over 18.5 outs recorded in four of his last eight. He’ll have a great chance to make it five of nine tonight against the Texas Rangers.

Now, he gets to face a Rangers team that is playing better but still struggling to get consistent production out of its lineup when going against righties. The Rangers rank 25th in OPS and wRC+ while ranking 22nd in strikeout rate versus right-handers this season.

Bet on Wheeler to put on another solid performance and pitch deep into another game.

Speaking of innings-eaters, MLB’s most expensive innings-eater takes the ball tonight as Nationals starter Patrick Corbin goes against the Orioles, and as you could probably guess, we’ll be fading him once again.

Corbin has been the gift that keeps on giving for baseball bettors. He's mostly been a disaster since signing his big contract with the Nats but 2022 might be his worst season yet. The lefty is pitching to an ugly expected ERA of 6.34 and is surrendering a .319 expected batting average to opponents.

Despite his cringeworthy pitching, it seems as if sportsbooks have reached the limit when it comes to his hits allowed prop, setting it a 6.5 at plus money for tonight’s game against the O’s. This despite the fact he has allowed eight, seven, 12, nine, seven, and eight hits in each of his last six starts.

While Baltimore isn’t exactly the toughest lineup to navigate, it's not a pushover either. The Orioles rank 22nd in batting average and 14th in home runs when facing lefties this season, and it’s not like Corbin has had a ton of success against the O’s. The Orioles got to Corbin for 16 hits over 11 innings in two starts against him last season.

The other thing to like about this bet is that Washington generally leaves Corbin in the game even if he is struggling, as he’s pitched at least five innings in eight of his last nine starts.

Sure, Corbin may shut the Orioles down... but we’re betting he doesn’t.

We will jump at almost any opportunity to take the Over on Jose Ramirez total bases when we are getting plus money. We will jump even higher when we get plus money while he’s in one of his patented grooves, and that’s exactly what we’re doing when Ramirez and the Guardians visit the Twins on Wednesday night.

Yup, Ramirez is locked in at the dish once again. (It feels like we’ve been saying that a lot this season.) The Guardians' MVP candidate is in the middle of a 10-game hitting streak, where he owns a .405 batting average and a 1.194 OPS. He also has at least one extra-base hit in nine of those 10 games, including nine doubles.

So, why are getting plus money on this prop then? Well, because Sonny Gray takes the ball for the Twins and he’s pitched pretty well this season, owning a 2.91 expected ERA.

That said, this is Gray’s second start since coming off the 15-day injured list due to a strained pectoral. While he pitched well in the return, he threw just 65 pitches.

Gray has also found his success this season thanks to changing speeds and locating his fastball, but he doesn’t get a lot of chases or whiffs, which plays right into Ramirez’s wheelhouse as the Guardians' third baseman is one of the best at recognizing strikes and taking advantage of pitches in the zone.

Gray will then hand the ball to a bullpen that ranks 15th in ERA and 18th in WHIP. And, it doesn’t hurt Ramirez went 1-3 against Gray when they last met on May 13.

Bet on Ramirez to make it rain on Sonny's day. 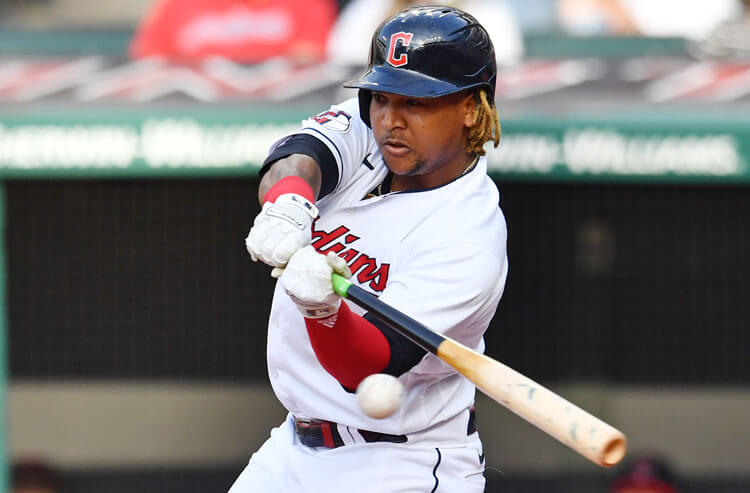