Giants vs Braves Picks and Predictions: San Francisco has the Upper Hand on the Mound

Despite Atlanta's dominance in the month of June, San Francisco is the right play tonight as it sends ace Carlos Rodon to the mound in an attempt to neutralize Atlanta's deep lineup. Read more in our Giants vs. Braves betting picks.

The game of the day in the MLB arguably takes place in Atlanta where the Braves host the San Francisco Giants tonight. The Braves have won 16 of 19 while the Giants have notched wins in eight of their last 11 games.

It’s only appropriate that these National League contenders have split the first two games of this four-game set. Game 3 should be a doozy, as Carlos Rodon toes the rubber against Charlie Morton. Will Atlanta cash as a home favorite, or does San Francisco have value as a road underdog?

Find out in our free MLB betting picks and predictions for Giants vs. Braves on Wednesday, June 22.

The Braves opened this NL showdown as roughly -120 home favorites, and have seen the early action with the line moving to -140. The total has bounced back and forth between 8.5 and the opening number of 9.0, which is where it sits as of Wednesday afternoon.

Carlos Rodon (6-4, 2.84 ERA): Rodon has enjoyed his first season with the Giants and is seemingly getting even better as the season goes along. The lefty has allowed just three earned runs in the month of June and is currently on a streak of 15 consecutive scoreless innings.

Charlie Morton (4-3, 5.08 ERA): It's been a tough season for Morton. The right-hander had allowed four earned runs in four straight starts prior to his last outing. Luckily for Atlanta, he’s coming off arguably his best start of the season, shutting out the Cubs over seven innings on three hits while striking out nine.

The Giants are 6-1 in their last seven games versus a team with a winning record while the Braves are 2-8 in their last 10 games when facing a starter with a WHIP of less than 1.15. Find more MLB betting trends for Giants vs. Braves

Giants vs Braves picks and predictions

The Braves struck first in this series, with Max Fried out-gunning Logan Webb in a 2-1 pitcher’s duel. Then the Giants responded in a game that was the exact opposite, winning a firework-fueled 12-10 affair. So, what is on tap for Game 3?

Well, the Giants send their best starter to the bump in Carlos Rodon and it will be an interesting matchup. The lefty has looked like an excellent signing for San Francisco. He is pitching to an expected ERA of 2.62, and is limiting opponents to a .226 expected batting average while striking out 11.2 batters per nine innings.

The Braves tend to do well against lefties, ranking second in OPS and third in wRC+, but they have the sixth-worst strikeout rate versus lefties. It will be fascinating to see if Rodon can limit the free-swinging Braves. Plus, Rodon has put on great performances against strong lineups like the Dodgers, Mets, Padres, and Phillies.

Meanwhile, it hasn’t been as smooth sailing for Braves’ starter Charlie Morton. The right-hander is pitching to a 4.45 expected ERA and is giving up a .259 expected batting average to opponents. While the Giants may not have a flashy lineup, they continue to be solid, ranking ninth in OPS and eighth in wRC+ versus righties.

The Braves have gotten a lot of press for their impressive run and they should, as winning 14 in a row is impressive no matter who you play. That said, the Giants are the first good team they have played since the end of May and the Braves are still just 13-15 against teams greater than .500 this season.

I’m not sure if Atlanta should be the favorite in this game, meaning the value is with the underdog.

When it comes to the total, grabbing the Under 9.0 looks like the smart play at this point.

Rodon hasn’t given up a run in 15 innings and the Under is 3-1-1 in his last five starts. Even though Morton hasn’t been great, he doesn’t get blown out. He’s only given up more than four earned runs once in 13 starts.

And if Morton does get in trouble, the Braves have the luxury of handing the ball off to one of the best bullpens in baseball. The Braves relievers rank fifth in ERA and opponent batting average, as well as seventh in WHIP.

Go find a total of 9.0 as this game should sneak Under that number.

Speaking of that Braves bullpen, they have a fairly significant edge over their counterparts. San Francisco ranks 18th in ERA and 19th in WHIP.

While I believe the Giants should be favored in this ball game, their bullpen gives me a reason to pause. Let's take them out of the equation and bet on San Fran to have the lead through five innings. 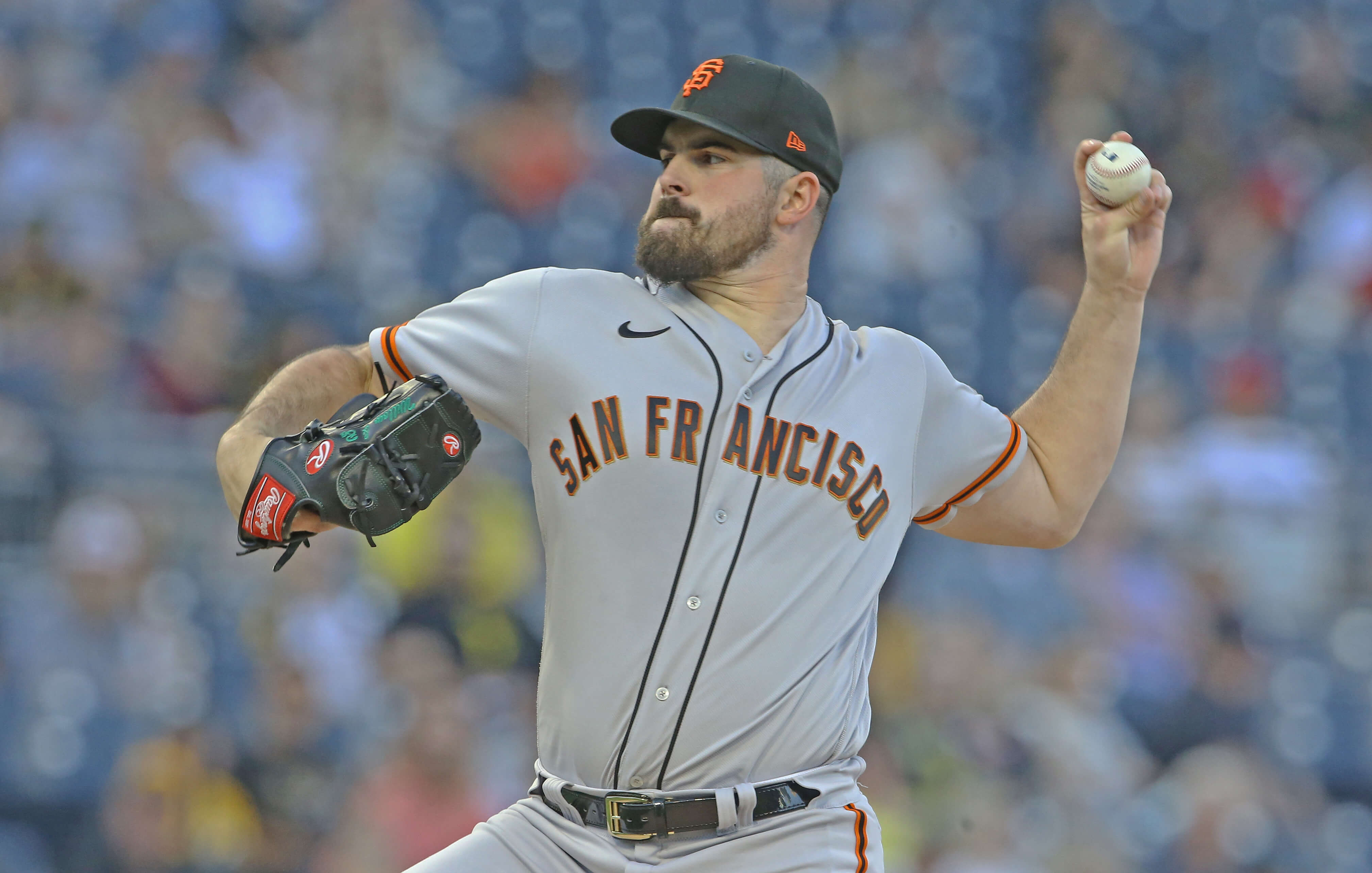 Giants vs Braves Picks and Predictions: San Francisco has the Upper Hand on the Mound
Provided by