Tonight, Chris Flexen is taking the hill against Byron Buxton and a Minnesota Twins lineup that thrives against right-handers. We break down why the Mariners pitcher might struggle in our best MLB player props for June 13. 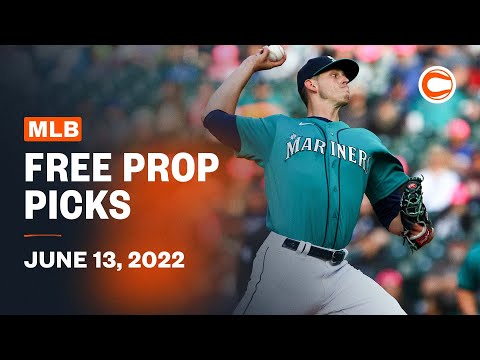 Let’s start the week off right with some winners in the MLB player prop market and with 10 games on the board, there is no shortage of options.

Tonight, we play “which Blue Jays hitter has the best total bases value?” when they take on the Orioles. Despite arguably being the best hitter on the planet, Yordan Alvarez is giving us some value. And fading the Mariners Chris Flexen is becoming a weekly tradition.

Check out our MLB player prop picks for Monday, June 13, as we bank on some of baseball’s best to do their thing.

The Toronto Blue Jays offense might be one of the more underrated gifts to MLB prop bettors this season, and not because of guys like Vladimir Guerrero Jr., Bo Bichette, and George Springer. It’s because there are countless other guys in the lineup that can get as hot as anyone in baseball.

We’ve seen it with Alejandro Kirk, and Santiago Espinal, and now it’s Lourdes Gurriel Jr.’s turn and he’s giving us some value heading into tonight’s series opener against the Baltimore Orioles.

The Blue Jays outfielder, who has notoriously been a slow starter over the course of his career is starting to heat up with the summer months. Gurriel is now in the midst of a seven-game hitting streak where he’s hitting .464 with a 1.143 OPS.

Now, he’ll look to extend that streak when he faces off against Orioles’ starter Kyle Bradish. The 25-year-old rookie right-hander has had a tough transition to the Big Leagues. Bradish is pitching to a 6.06 expected ERA while surrendering a .298 expected batting average to opposing teams.

With Gurriel notching multi-hit games five times over this seven-game streak, getting plus money like this is a great value.

Houston Astros outfielder and designated hitter Yordan Alvarez sure is making one hell of a case for being the best hitter on the planet at the moment, and he’ll look to keep swatting balls into the stratosphere when the Astros open a series against the Texas Rangers.

Alvarez has been hitting well most of the season but what he has done over the last 15 games has been close to unfathomable. The left-handed slugger is hitting .466 with a 1.326 OPS while tallying up nine extra-base hits. He has hits in 12 of those 15 games, and multi-hit games in 10 of them.

Monday, he’ll dig in against Rangers’ starter Taylor Hearn. The 2022 campaign has been a bit of a bumpy ride so far for the 24-year-old lefty. Hearn is pitching to an expected ERA of 5.72 and surrendering a .289 expected batting average to opponents. And not many opponents have given him more trouble than the Astros, giving up eight runs on 11 hits over 9 2-3 innings in two starts against them this season.

Now, normally I don’t love taking total bases props in lefty-lefty matchups, but Alvarez is so locked in right now it’s hard to ignore. On top of that, he’s got solid numbers against Hearn, going 4-for-9 with two doubles and a dinger and we’re getting plus-money to boot.

It has been a weird year for Seattle Mariners starter Chris Flexen. Throw him in there against the Houston Astros, one of the better hitting teams in the American League, and suddenly he becomes an effective pitcher. Everyone else? Not so much. And tonight’s opponent, the Minnesota Twins, fall in the everyone else category.

When not facing the Astros, Flexen has a 5.55 ERA, which falls more in line with his expected ERA of 5.34. The right-hander is finding too much of the plate with his fastball while elevating his changeup more than he should. This means he’s giving up a lot of hits. Sixty-five in 62 innings to be precise, resulting in a .288 opponent expected batting average.

On Monday night, Flexen will toe the rubber against a Twins lineup that has been a problem for right-handers all season long. Led by a once-again red-hot Byron Buxton, the Twins rank fourth in batting average and OPS when facing righties.

With Flexen surrendering at least six hits in seven of his last nine starts, getting him to do so once again against this Twins lineup at plus money looks like a solid bet. 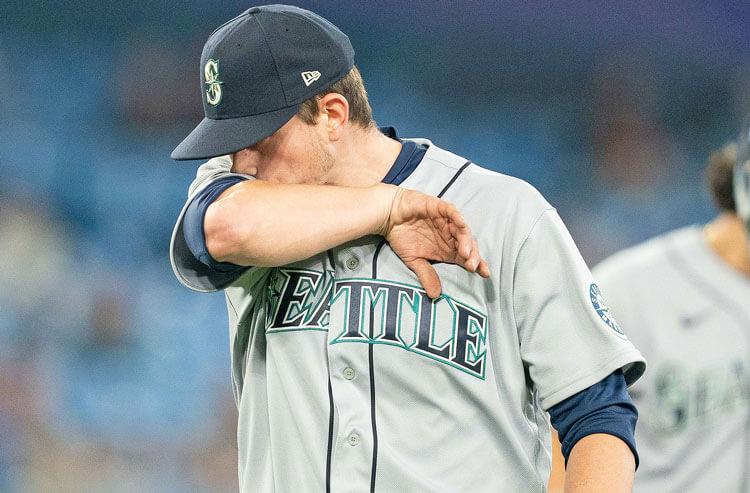