Following Tommy John surgery and a year-plus away from the mound, Mike Clevinger is back and continuing to regain form, looking more and more like the quality pitcher he once was. As such, he highlights our MLB player prop picks for August 1.

There is just one more sleep until the MLB trade deadline and one more chance for potential targets to show off for potential suitors. And with 10 games on the board, there is plenty of value to be found in the player prop market.

Today, we highlight one of our favorite starting pitchers to fade in poor old Patrick Corbin, who the Nationals are trying to shoehorn into a Juan Soto deal, an unheralded Yankee who has some value tonight against the Mariners, and Mike Clevinger, who continues to improve with each passing start.

The New York Mets will be massive favorites when they take the field tonight against the Washington Nationals. Part of that is because Max Scherzer takes the mound for the Mets and in part because his counterpart is poor ol’ Patrick Corbin.

After a brief stretch at the end of June where Corbin passed as a useable starting pitcher, the lefty has reverted to the guy we’ve been used to the last few seasons.

Corbin has been rocked for a 10.80 ERA over his last four starts while opponents are hitting nearly .400 against him over that span, culminating in him lasting two-thirds of an inning after giving up six runs on seven hits last time out against the Los Angeles Dodgers. It won't get any easier for him tonight.

The Mets enter this matchup winners of six in a row and their lineup has come out of the All-Star break hitting everything. New York ranks second in batting average, and third in OPS so far in the second half of the season.

The Mets have also had Corbin’s number this season, getting him for 6.08 ERA and a .351 batting average in three starts against him. That means there is value with the Under on Corbin’s outs recorded prop which is sitting at 16.5 for tonight’s matchup.

That is a number Corbin has stayed Under in five of his last eight starts and in all three of his starts against the Mets this season. Mix in the distractions of a potential trade at Tuesday’s deadline and Corbin's stay on the mound could be a short one.

It could be a tough night at the office for Seattle Mariners southpaw Marco Gonzales when he takes the ball tonight at Yankee Stadium.

Gonzales has been average at best this season with an expected ERA of 4.62 while surrendering a .270 expected batting average to opponents. He also isn’t striking out many batters at just 4.8 per nine innings. That may not play well against this  New York Yankees squad.

Led of course by Aaron Judge and his insane 42 dingers before August, the Yanks crush lefties. They lead MLB in OPS and home runs when facing left-handers this season but it’s an unheralded Yankee not known as much for his pop that we are looking at to take advantage of this matchup vs. Gonzales — infielder Isiah Kiner-Falefa.

IKF may not have eye-popping numbers with a .269 batting average and a .633 OPS, but he just saw a 15-game hitting streak come to an end over the weekend where he hit .309. His numbers also bump up considerably when facing lefties with a .304 average and a .724 OPS.

At +155, there is serious value for Kiner-Falefa to go Over his total bases prop tonight.

Don’t be surprised if the San Diego Padres make a big splash prior to Tuesday’s MLB trade deadline, but for tonight they’ll focus on securing a win when they welcome the Colorado Rockies to town.

With Joe Musgrove, Yu Darvish, Blake Snell, and now the re-emergence of Mike Clevinger, the Padres have a rotation built for the postseason. Clevinger takes the ball tonight against the Rockies and the right-hander is looking better and better each time he takes the mound.

Clevinger missed all of 2021 and much of the first of the season due to Tommy John surgery and is just now starting to look like the guy who owned a 2.96 ERA between 2017 and 2019 in Cleveland.

The right-hander has pitched into the sixth inning in five straight starts with a 3.26 ERA over that span. He has recorded a quality start in each of his last two, allowing just three earned runs on 10 hits over 13 innings of work.

Tonight, he takes the ball against a Rockies team going through another year of crazy home/road splits. Despite some great numbers at Coors field, particularly against lefties, the Rockies are a sub-par offense on the road. In fact, they rank 22nd in batting average, 28th in OPS, and 29th in scoring.

And with the Rockies sending Antonio Senzatela to the bump, who ranks among MLB’s worst in xERA (5.67), xBA (.323), and strikeout percentage (13.2), Clevinger looks like a solid bet at plus money to record his third win of the season. 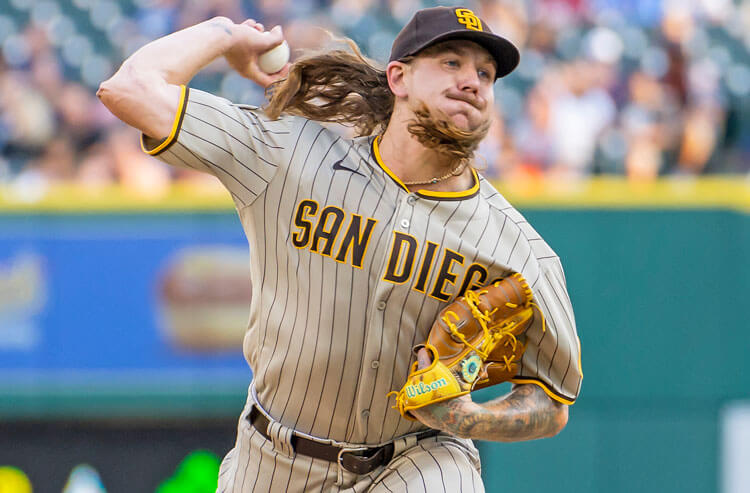