The champs are in another slump and just put up a zero-hit dud. Find out if we can count on them to bounce back as we break down tonight's Cubs vs. Dodgers picks and predictions.

The Chicago Cubs are coming off a no-hitter against the Los Angeles Dodgers last night (don't @ me baseball purists) and will look to keep rolling against the defending World Series champions on Friday.

Oddsmakers are expecting the Dodgers to bounce back, installing them as -167 favorites for the second contest in this four-game series in L.A.

Here are our best free Cubs vs. Dodgers picks and predictions for Friday, June 25, with the opening pitch scheduled for 10:10 p.m. ET.

Jake Arrieta (5-8, 5.45 ERA): Arrieta has struggled this season, despite returning to Chicago where he enjoyed the most success of his career.

The right-hander won the NL Cy Young Award as a member of the Cubs in 2015 but has an ugly 1.48 WHIP and .272 opponent batting average in 14 starts this year. In his last outing, he surrendered four runs and six hits in three innings against the lowly Marlins.

Tony Gonsolin (0-0, 3.00 ERA): Gonsolin has only made three starts this season as he has been sidelined with inflammation in his right (throwing) shoulder. The 27-year-old was limited to 3 2-3 innings on Sunday when he held the Diamondbacks to one run and three hits.

The Under is 6-1 in the Cubs' last seven road games. Find more MLB betting trends for Cubs vs. Dodgers.

The Cubs have won three of their last four games to move into a tie with the Brewers for first place in the NL Central with a 42-33 record.

Los Angeles has now lost four games in a row after getting swept earlier this week in San Diego. The Dodgers are still 44-31 but are tied with the Padres for second-place in the NL West, 4.5 games behind the resurgent San Francisco Giants.

The Dodgers had a brutal day at the plate last night but they are still second in the majors in scoring with 5.07 runs per game. They should have more success today against Cubs starter Jake Arrieta, who has looked very shaky this year. Arrieta has been particularly bad this month, pitching to a 9.00 ERA with a 1.80 WHIP in 15 innings across four starts.

Although Dodgers starter Tony Gonsolin is still building up his arm strength as he works his way back from a shoulder injury, the Dodgers bullpen is very solid behind him. Dodgers relievers have pitched to a 3.79 ERA this season while ranking fifth in the majors with an OBA of .219.

That's bad news for the Cubbies, who have struggled at the dish lately, ranking just 27th in the majors with an OPS of .664 over the last 30 days.

Despite their recent cold streak, the Dodgers are still 48-20 in their last 68 games at home. Meanwhile, the Cubs are just 6-14 in their last 20 road games as underdogs. Take the home side tonight.

Arrieta has been struggling lately but the Cubs bullpen has been fantastic. Chicago's relievers collectively lead the majors with a 2.60 ERA and an OBA of .186.

We mentioned the Cubs' hitting woes over the last month, but they've looked ugly at the plate all season when on the road. The Cubs are plating just 3.86 runs per game with an OPS of .669 in away contests this year.

Although Gonsolin might not log more than three or four innings, he should be effective when he is on the mound. The righty has pitched to a 2.63 ERA with a 1.01 WHIP across 95 2-3 innings in his career. 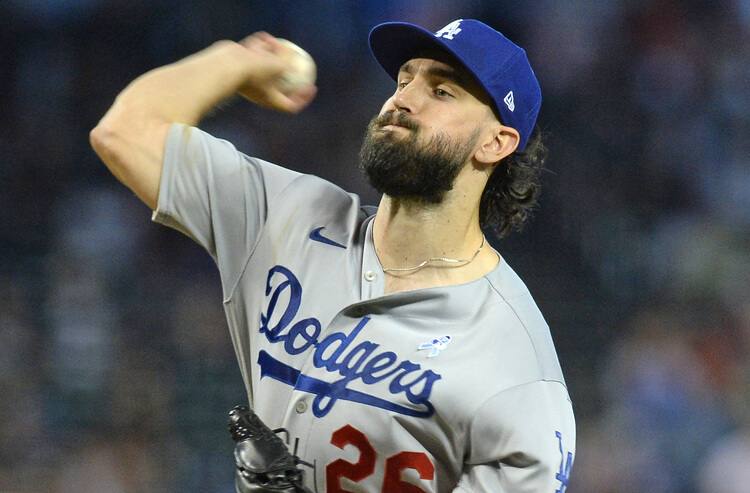 Cubs vs Dodgers Picks and Predictions: Dodging Disaster
Provided by