Brewers vs Giants Picks and Predictions: WWW (Winning With Web)

When Logan Webb pitches, that Giants win. San Fran is 16-4 in his starts this year — including 9-0 at home — and it could use a win today to avoid being swept by the Brewers. And you know what? We think the Giants get the job done.

Two possible NL playoff opponents will wrap up a four-game set Thursday afternoon as the visiting Milwaukee Brewers take on the San Francisco Giants in a game that can be viewed for free on YouTube.

The Brewers have taken the first three games of the series, outscoring San Francisco 14-5, but the visitors will be in tough against righty Logan Webb, who hasn’t taken a loss since May 5.

The Giants opened as -153 MLB betting favorites but jumped to -184 before coming back down to -173. The total sits at 8.0 and is leaning to the Under.

Here are our free MLB picks and predictions for Brewers vs. Giants on Thursday, September 2, with first pitch at 3:45 p.m. ET.

Eric Lauer (4-5, 3.61 ERA): There are no easy spots in the Milwaukee rotation as even the lesser-known starters are impressive in 2021 — as evidenced by the 26-year-old Lauer holding his own in one of baseball's best rotations. He may not get deep (fewer than six innings in six straight starts) but he’s allowed two or fewer runs in eight of his last nine turns while the Brewers are 7-3 in his last 10 starts. He’s yet to see the Giants this year but owns a 3.09 ERA on the road and when he has the lead, he’s dominant: batters are slashing just .193/.207/.257.

Logan Webb (8-3, 2.65 ERA): Webb’s breakout season continues into September as the 24-year-old has been stellar this year and brings his 1.11 WHIP into a home start against the division-leading Brewers. Webb generates more than a strikeout per inning and has 38 punchouts over his last 32 frames. He struck out nine Milwaukee batters over six innings in a 2-1 loss on Aug. 6 but took a no-decision. The Giants have no problem picking up victories with the youngster on the mound as the Giants are an incredible 16-4 when Webb starts, including a perfect 9-0 at home and 12-1 in his last 13.

The Under is 7-0 in Webb’s last seven starts as a home favorite. Find more MLB betting trends for Brewers vs. Giants.

The San Francisco motto should be: in Webb we trust. The 24-year-old right-hander has burst onto the scene this season and has posted spectacular peripherals that rival the top arms in the Giants’ rotation. It’s one thing to pitch well, but it’s another thing to pump opponents and pick up victories.

Webb has appeared in 20 games this year and the Giants are an astounding 16-4 SU in those contests. Things have been even better for San Francisco and Webb at Oracle Park, where they are 9-0, and in his eight wins this year, Webb owns a filthy 1.07 ERA — which isn’t Jacob deGrom’s 0.20 ERA in wins but still damn impressive.

The Giants are in desperate need of a good outing as they’re currently riding a season-worst four-game losing skid and are losers of five of their last six. They’ve yet to lose five games in a row this year and now trail the Dodgers by half a game in the NL West.

The Giants went 2 for 11 with RISP in a 3-1 loss to Corbin Burnes on Monday, 0 for 8 against Brandon Woodruff in a 6-2 loss on Tuesday, and followed that up with a 2-for-14 performance last night versus the Milwaukee bullpen after Brett Anderson lasted only two innings. The San Fran offense has generated chances in this series but has failed to produce.

Thursday could be easier versus lefty Eric Lauer, who struggles to pitch deep, can be spotty with his control, and has given up 12 home runs in 82 innings at the tail end of the Brewers’ rotation. Lauer needs a lot of support from the bullpen but with Milwaukee heavily using their solid pen of late, every arm may not be available Thursday afternoon.

The Milwaukee offense has been led by Lorenzo Cain, who has hit homers in back-to-back games but came into the series hitting .232 on the season and four for his last 31. Additionally, SS Willy Adames, who leads the Brewers with a .292 average, just returned from a minor quad injury and could see the bench Thursday with an afternoon game and a quick turnaround, while 3B Eduardo Escobar will more than likely miss his 10th straight game.

The Brewers have relied heavily on pitching and SF’s inability to score in clutch situations this series but the bullpen is taxed after yesterday’s seven-inning performance and the Giants have created a ton of chances and are due to break through. Having lost the top spot in the NL West last night, the Giants will be looking to get back on track and compete with the Dodgers over the final 20 games.

We’ve already pumped the tires of Webb on the moneyline but there has also been a great correlation between his victories and Unders. Over his last 10 starts, his games have gone 1-9 O/U with the only Over clearing the mark by half a run. The San Fran starter has a 1.69 ERA in nine second-half starts and a similar 1.71 ERA at home this year.

Afternoon games always need to be handled cautiously. It’s the perfect time for managers to start rest key positional players, which can hurt the Over twofold as guys off the bench usually struggle at the plate but play solid defensively.

It may be a great spot to fade this Milwaukee offense as after the game they're flying home for a Friday game versus divisional rivals St. Louis. An afternoon getaway game on an abbreviated West-Coast swing? Lots of pieces there for a dud from the Brew bats.

Oracle Park was the most pitcher-friendly diamond yesterday with a -4.82 total-base effect, per Ballpark Pal. It will feel like 62 degrees at game time but will have a high humidity rate of 73 percent, which favors the pitchers. Another low-scoring game could be in store Thursday under the sun. 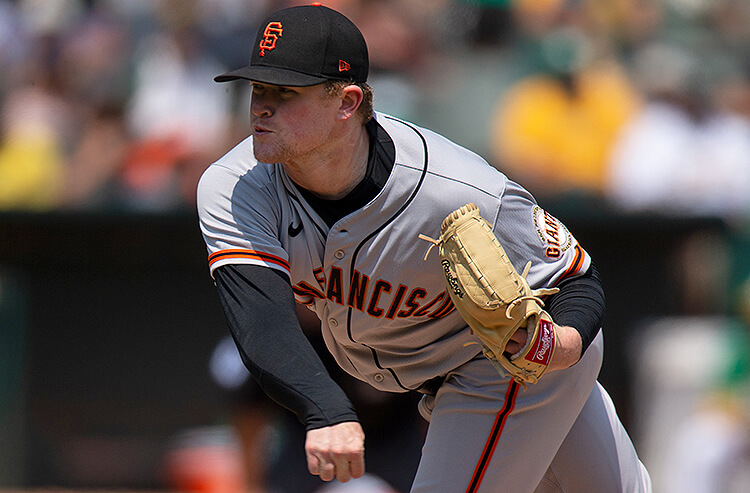 Brewers vs Giants Picks and Predictions: WWW (Winning With Web)
Provided by