There aren't a lot of MLB games today... but there's plenty of MLB props to be played! We've found the best values for Thursday's slate, featuring Austin Riley slugging in Coors, all of Tampa Bay slugging in Boston, and Logan Webb not getting slugged.

The MLB betting board has only eight games on Thursday's slate but if you include the hundreds of baseball prop bets available you still have plenty of wagering options to consider!

Today we back the hottest group of hitters in the game, try to get value out of a sliding Giants squad, and look at a powerful slugger who is making the trip to hitter-friendly Coors Field.

Here are our best free MLB prop bets and predictions for Thursday, September 2.

The San Francisco Giants entered this week with the best record in the majors but after losing three in a row to the Brewers will look to avoid getting swept at home this afternoon.

Webb has looked even sharper lately, pitching to a 1.42 ERA with a 0.92 WHIP in his last seven starts, which includes an outing against the Brewers in August where he held them to three hits and one run across six innings.

Webb is second in the majors in ground ball rate but he has also been making opposing batters miss. He has racked up at least six strikeouts in five consecutive starts, fanning 38 batters in 32 1-3 innings over that span. With the Brewers ranking 23rd in the majors with 9.14 strikeouts per game, take the Over on Webb's strikeouts total.

No team has been hotter at the dish than the Tampa Bay Rays, who are leading the majors with an OPS of .816 while plating an incredible 6.88 runs per game over the last 30 days.

Last night the Rays were limited to just a pair of runs in a 3-2 loss to the Red Sox, but expect them to bounce back tonight. Keep in mind that the Rays have absolutely owned the head-to-head series against the Red Sox lately and Boston will be sending the inconsistent Eduardo Rodriguez to the mound.

Rodriguez has a 5.12 ERA in 25 starts this year and the bullpen behind him has been unreliable. Add in some terrible glovework, with the Red Sox ranking second-last in the majors in errors per game, and you have to be a bit surprised to see Tampa Bay's team total this low. Hammer the Over.

Expect plenty of runs when the Atlanta Braves head to Coors Field on Thursday for a four-game set against the Rockies. Even though the Braves lost superstar slugger Ronald Acuna Jr. to a season-ending injury at the end of July, they have been productive at the plate lately, averaging 5.23 runs per game over the last 30 days.

A big reason for that has been the outstanding play of Austin Riley, who is slashing .303/.373/.532 with 28 home runs and 80 RBI. Today, Riley gets a juicy matchup against Rockies starter Chi Chi Gonzalez, who has a brutal 7.28 ERA and 1.52 WHIP since the start of June.

Gonzalez has struggled against right-handed hitters like Riley, allowing them an OPS of .951. And Riley excels against righties, posting an OPS of .965. Take the Over 0.5 on Riley's runs batted in total tonight. 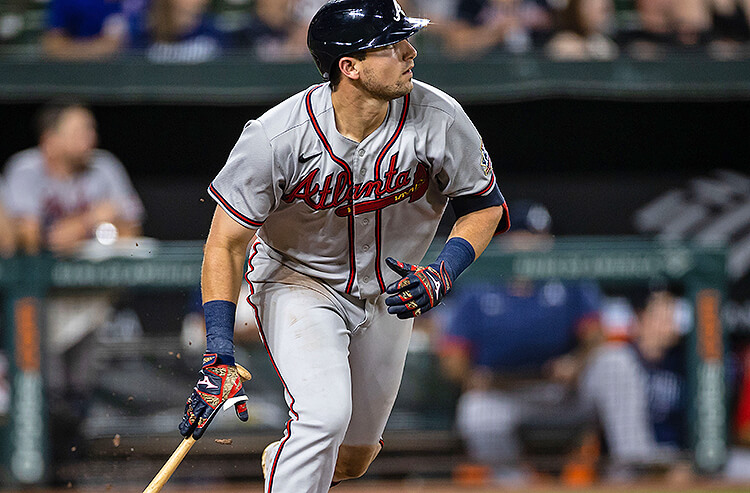