The bounce-back by New Jersey’s sportsbooks came as bettors were being offered lines on National Football League preseason games that began in August. The start of the uber-popular NFL regular season in September could provide another, even bigger boost.

New Jersey’s Division of Gaming Enforcement announced financial results last month for the state’s gambling industry on Thursday. Among the figures reported were that the state’s sports-wagering handle for August was approximately $664.7 million, an increase of about 14.9 percent from July’s $578.7 million in wagers.

The lion's share of August's sports betting was done online in New Jersey, as its internet handle was nearly $612.9 million for the month — or 92.2 percent of all bets.

But gross revenue from sports betting in the Garden State was $52 million in August, or an unofficial win percentage of 7.8 percent for sportsbooks. In July, the books reported approximately $55 million in revenue and a hold of around 9.5 percent.

New Jersey’s leading licensee in terms of sports-wagering revenue for August was, once again, Meadowlands Racing and Entertainment. The racetrack, with sports-betting partners FanDuel, PointsBet, and the SuperBook, reported almost $26.9 million in income.

The bounce-back by New Jersey’s sportsbooks came as bettors were being offered lines on National Football League preseason games that began in August. The start of the uber-popular NFL regular season in September could provide another, even bigger boost.

However, Week 1 of the NFL also brought with it an advertising blitz by legal sportsbooks that are competing to draw bettors to their shops.

Regulators have already noticed the rush of ads, and David Rebuck, director of New Jersey’s Division of Gaming Enforcement, recently offered operators some free advice about not overdoing it, recalling the backlash to the “fantasy sports ad wars” of 2015.

“If the industry does not control itself, the government will step in, and certainly create standards that they may not want,” Rebuck said during an industry webinar.

Meanwhile, New Jersey’s gambling industry continued its overall rebound in August. Total gaming revenue in the state was approximately $427.7 million last month, up 31 percent compared to a year earlier, according to the Division of Gaming Enforcement. Total gaming revenue is now up nearly 85 percent year-over-year, as it hit $2.99 billion as of August. 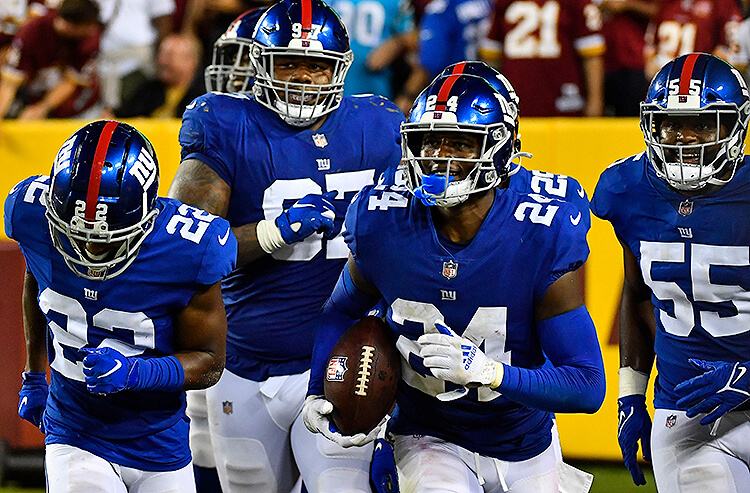