Sports betting plummeted in Indiana in April after March Madness ended, with wagering about a quarter shy of the level it was at in March, but basketball remains the No. 1 sport to bet on in the state.

Sports betting dropped off in Indiana in April, as wagering in the Hoosier State last month was about a quarter shy of the level it rebounded to in March.

The Indiana Gaming Commission reported on Wednesday that the total sports-wagering handle in the Midwestern state was US$236.4 million in April, which was approximately 25 percent lower than March's US$316.7 million.

Adjusted gross revenue, which is the handle minus payouts to winners and any adjustments that need to be made, was nearly US$20.1 million last month, down from US$26.3 million in March.

Sports wagering tax was also US$1.9 million in April, which was approximately US$600,000 less than what the state earned in March.

Indiana was the 13th state to legalize sports betting in the United States when it did so back in 2019. Wagers can be made both online and in-person within its borders.

However, the sports-betting decline in April came after the craziness of March Madness basketball and the end of the National Football League’s season, two extremely popular times for bettors.

In January, which was chock full of basketball and football games, Indiana’s sports-betting handle was US$348.2 million. February saw US$273.9 million in bets placed.

By sport, basketball pulled in the lion's share of wagers in the basketball-obsessed state in April, with US$76.1 million in bets placed on it last month. Basketball is also leading on a year-to-date basis, having pulled down around US$710.7 million in bets thus far in 2021.

The Ameristar Casino in East Chicago and its digital partners, DraftKings Inc. and Score Media and Gaming Inc., were tops in the state in April in terms of handle on a location-by-location basis. DraftKings Sportsbook alone pulled in nearly US$79.3 million in bets last month, while Ameristar’s retail book reported about US$5.2 million in wagers and theScore Bet app accounted for around US$3.2 million.

The Blue Chip Casino in Michigan City and its partner FanDuel came in second in Indiana, the latter of which drew almost US$67.1 million in mobile wagers. 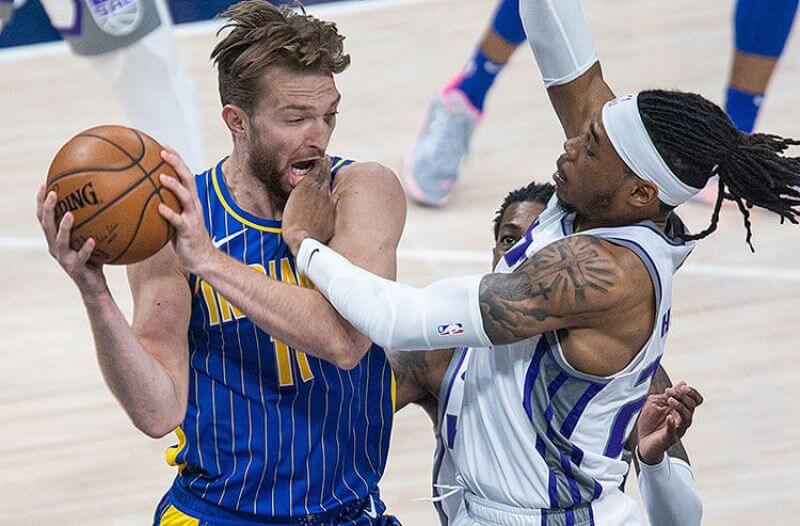