Info Where to watch History

The Kentucky Derby is a tried and true spring betting tradition. The 148th running goes on May 7, 2022, and is the first leg of the Triple Crown.

When race day arrives, Covers' horse racing analysts will lock in their favorite picks and predictions — including a long-shot trifecta pick — for the 2022 Kentucky Derby.

Kentucky Derby odds are available year-round and shift as the race approaches. Zandon is the current favorite at 3/1, but check back often as the 2022 Kentucky Derby odds could see quite a bit of movement over the next few weeks.

With May 7 closing in, the field of Kentucky Derby horses will get set. Our experts will analyzed the horses, categorized them as favorites, contenders, and long shots, and given each one a rank.

The Kentucky Derby post position draw for this year's race took place on Monday, May 2. It's an important part of Derby week as odds will shift depending on which post position a horse draws. Learn more about how the post draw affects the race with our post position guide.

When it comes to betting, all we really want to know is who won and how much did it pay out. Our Kentucky Derby results guide will be updated with the 2022 winner and payouts as soon as the race concludes. It also contains some historical information on all payouts since 2000 and all 146 Derby winners.

The Kentucky Derby can be streamed on NBCSports.com and on the NBC Sports app.

With a history dating back to 1872, the Kentucky Derby has one of the richest traditions of any sporting event in the United States. From mint juleps and grandiose hats, to "My Old Kentucky Home" and, of course, betting, "The Run for the Roses" is the pinnacle event of American horse racing.

Although the first race wasn't held until 1875, the idea for the event came began three years earlier when Meriwether Lewis Clark traveled to Europe and was inspired by the Epsom Derby and the French Jockey Club. Upon his return, he organized a local club of horse racing fans to form the Louisville Jockey Club. Lewis also convinced his uncles John and Henry Churchill to gift him the land needed to build the racetrack.

The very first race was held on May 17th, 1985, when the Louisville Jockey Club opened its doors and held the inaugural Kentucky Derby. Fifteen horses ran on that day in front of around 10,000 fans, with Aristides pulling away and becoming the first Kentucky Derby champion. Eight years later, in 1883, the racetrack was officially named Churchill Downs.

The Kentucky Derby runs each year at the famed Churchill Downs track in Louisville. It opened in 1875 and has grown into one of the most famous race tracks in the world, being designated as a National Historic Landmark in 1986. With the infield open, the current capacity of Churchill Downs is almost 170,000.

The tradition of those fancy Kentucky Derby hats you see each year dates back about as long as the race itself and is rooted in Clark's vision for the event. In the late 1800s, dressing up for races was the norm in Europe but wasn't in the USA. Clark, of course, wanted the race to be a high-class event more like the Epsom Derby than the typical American horse races of the time, so, per KentuckyDerby.com, "he used high-class women to recruit his target clientele to attend the race. The event quickly became just as much about the fashion as the racing."

The mint julep came later but has been the traditional Kentucky Derby beverage for nearly 100 years. The drink was first introduced to the racetrack in 1938 and has grown to the point where almost 120,000 mint juleps are served over the Kentucky Oaks and Kentucky Derby weekend.

While horse racing is legal in just about every jurisdiction, there are some sportsbooks that do not post Derby odds. You can count on several legal horse racing betting sites to wager on the Derby, in those areas where online sports betting is not legal.

Take a look at the best Kentucky Derby betting sites available in your area.

General admissions tickets for the Kentucky Derby range from into the thousands of dollars depending on when you purchase them. 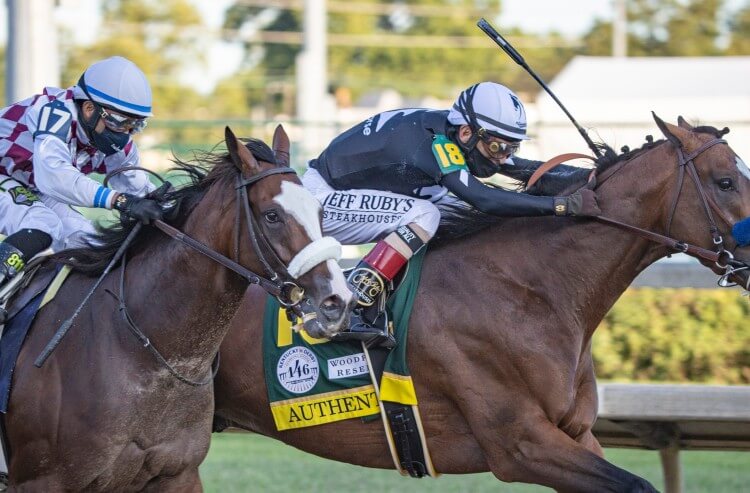