The numbers from the auditor general are the first projections of what the province’s cut could be from its new competitive market for online sports betting and casino gambling, which is unique in Canada.

A legislative watchdog says the competitive market for online casinos in Ontario and sports betting in Ontario is currently expected to generate around $75 million in revenue for the provincial government over the next three years.

Lysyk’s office is an independent arm of the provincial legislature that audits the government and its agencies. The auditor's fiscal review is required by law, and her latest report included a breakout of the estimated net income of iGaming Ontario, the government agency legally responsible for the online sports betting and casino gambling market that launched in the province on April 4.

Ontario’s new iGaming market allows private-sector operators of online sportsbooks to legally take bets in Canada's most populous province in return for a percentage of bookmakers' revenue. It is up to iGaming Ontario to execute operating agreements with companies and to “implement and oversee reconciliation of igaming revenues on behalf of the province,” the agency's website says.

Lysyk’s report said that "based on the financial projections information provided to us during our review," the provincial government expects iGaming Ontario to generate net income of $18 million (in Canadian dollars) for the 2022-23 fiscal year, which started April 1. That is to be followed by $26 million in net income for 2023-24 and $31 million for 2024-25, or a combined $75 million over three years.

“This is the bottom line that’s projected at this point from the iGaming operations in Ontario,” Lysyk said in an interview.

The auditor general told Covers that the numbers in her review were reached using information iGaming Ontario (iGO) would have provided to the provincial government as it was preparing its budget. The iGaming funds are lumped in with the province’s “other” receipts in the financial forecast, which projects $179.8 billion in total revenue for the government this fiscal year.

“Actual [iGaming-related] revenues and expenses may vary,” the report noted. “Given the lack of history in this area, it was not feasible to assess the reasonableness of the projections.”

Lysyk added there is a small portion of iGaming-related funds expected from sales tax as well, which would not be included in the $75 million currently projected from iGaming Ontario.

The Alcohol and Gaming Commission of Ontario (AGCO) also requires operators of iGaming sites to pay a regulatory fee of $100,000 per year for each gaming site. Bookmakers must first receive an operator registration from the AGCO and sign a contract with iGO before they can launch in the regulated market.

Still, the numbers from the auditor general are the first projections of what the province’s cut could be from its new iGaming scheme. The regulatory framework is the only one of its kind in Canada, where most provinces permit only government-owned lottery and gaming companies to accept action.

While the iGaming market has several goals, such as providing more protection for consumers, another aim is to shift wagering with offshore and out-of-province websites into channels that Ontario can oversee and tax, which would help fund government priorities. One provincial estimate was that residents were spending around $700 million a year on grey-market sites.

The auditor general’s report didn't say anything about how much revenue private iGaming operators are expected to generate in Ontario overall. Whatever that number winds up being, the province’s reported tax rate for companies participating in the new iGaming market is 20% of their revenue.

At any rate, the market is still maturing and some operators have yet to launch. As of Tuesday afternoon, there were 21 sites active in the new market.

IGaming Ontario also says its approach to reporting revenue will be communicated at a later time.

“iGO is encouraged by the number of operators that have joined the regulated market and the level of igaming activity seen to-date,” the agency told Covers in an email on Tuesday. “Given the recency of the market launch and the anticipated growth as more operators go live, iGO is constantly in the process of reviewing and revising any forecasts made prior to launch.”

#DYK most internet #gambling by people in Ontario, including #sportsbetting, happens on websites that are not regulated in Ontario? With the new market launch, the province's high standards for game integrity and safer gambling will allow you to #PlayWithConfidence?. pic.twitter.com/EaYrnZTyLI

The situation leaves open the possibility that the projected iGaming revenue for the province could be hiked higher at some point.

There are no other provinces in Canada with an iGaming market like that of Ontario's, making an apples-to-apples comparison tricky. However, in the U.S., similar-sized states with online sports betting are receiving much more in tax revenue than what the auditor general reported is expected from iGaming Ontario in the year ahead.

In Pennsylvania, the gaming control board's figures show state tax due from online sports wagering has added up to approximately US$65.6 million from July 2021 through March 2022. The state's tax rate for sports-betting revenue is 34%.

Illinois, meanwhile, received US$82.4 million in tax from online sports betting from February 2021 to February 2022. There, the levy on mobile sports wagering revenue is 15%.

New York only launched legal online sportsbooks in January. Nevertheless, the 51% tax rate on mobile sports wagering revenue translated into $163.6 million for the Empire State in just the first three months of action.

Like the start of online sports betting in those states, the launch of Ontario's new iGaming market has been a bit of a whirlwind, with provincial residents being subjected to a deluge of advertising.

There is now a possibility the current government's iGaming strategy could generate some debate on the campaign trail, as a provincial election is scheduled for June 2. The province's plan has also faced pushback from Indigenous governments, organized labor, and at least one major land-based gaming operator.

Another concern about the iGaming model was highlighted the last time Lysyk dug into the details.

One section of the auditor general's 2021 annual report said the government's approach may come with legal risks, as a significant amount of responsibility could rest with private operators and not enough with the province as the federal Criminal Code requires.

“Consideration for whether a province has illegally delegated the ‘conduct and manage’ function in a gaming scheme to a private entity has been the subject of past legal challenges in Canada,” the AG’s report stated. “We conclude that iGaming Ontario’s business model could be subject to legal challenges.”

In response, the provincial government said it had "carefully designed the online gaming model" to protect consumers and comply with the Criminal Code. The iGaming market then launched in April.

Lysyk said Monday that their view hasn’t changed, although now the iGaming market is live and private operators are taking bets via the province’s legal structure.

“But we do think that it's important just to have information and understanding of all of this so that all members of the legislature are on the same page with respect to iGaming and how it's operating in Ontario,” she added.

The budget introduced but not passed by the Progressive Conservative government at Queen’s Park last week didn’t mention iGaming Ontario.

However, the budget did contain projections for government business enterprises, including Ontario Lottery and Gaming Corp. (OLG), income from which is projected to rise from around $1.4 billion for 2021-22 to $2.3 billion for 2022-23.

Before the launch of the iGaming market on April 4, OLG was the only legal provider of online sports betting and internet gambling in the province, such as through its PROLINE+ sportsbook. Now, the company is one of many fighting for that type of business in Ontario.

According to the budget, the net incomes of government-owned businesses like OLG are forecast to increase at an average annual rate of 10% from 2021-22 to 2024-25. The government's annual income from those businesses was projected to rise from approximately $5.6 billion to $7.5 billion over the same period.

“The strong growth mainly reflects the anticipated recovery of OLG’s net income that has been impacted by the closure of casinos to protect public health in response to the COVID-19 pandemic and expected increases in lottery and OLG’s digital revenue,” the budget said.

Lysyk's report looked at net income estimates from government business enterprises and compared them with historical trends to check any big changes from one year to the next. The AG also reviewed business plans to ensure internal forecasts were in line with the projections in the multi-year fiscal plan and found they were consistent.

"In my opinion, the Multi-Year Fiscal Plan is a reasonable presentation of Ontario’s finances for the years ending March 31, 2023, March 31, 2024 and March 31, 2025, except for understated estimates of provincial revenue from corporate tax in each of the three years," Lysyk said in a formal auditor general statement. "As well, contingency funds recorded in Other Program Expenses appear to be overly cautious." 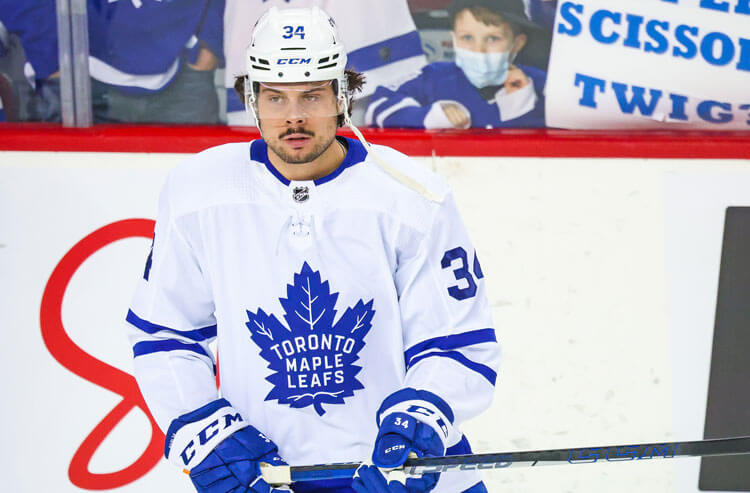