Although it was once anticipated the new iGaming market would open in December, that’s now in the rearview mirror, and Ontario bureaucrats, politicians, and regulators are working towards an opening that may have to happen before an election in early June.

Ontario's planned market for online gambling could soon have a launch date — and the provincial government is arguing that when it does go live it will be complementary, not cannibalistic, to land-based casinos.

Concerns about the toll the new iGaming market could take on brick-and-mortar facilities in Ontario were recently mooted after a report came to light projecting the government's plans might cost it hundreds of millions of dollars in tax revenue.

Although it was once anticipated the iGaming market would open in December, that’s in the rearview mirror. Ontario bureaucrats, politicians, and regulators are now working towards a launch that will likely have to happen before a scheduled election in early June.

If and when the market does go live, it would allow a variety of online sportsbooks and casinos to legally do business in the province. Currently, there is only one company authorized to provide that sort of iGaming, which is the government-owned Ontario Lottery and Gaming Corp.

“The government, [Alcohol and Gaming Commission of Ontario] and iGaming Ontario are working with prospective operators to ensure Ontario is ready for the market launch, and its timing will be announced soon,” Krstajic added in her email to Covers.

Those comments come after the CBC and other media outlets reported on research prepared for Great Canadian Gaming Corp., which operates more than a dozen land-based gambling facilities in Ontario.

The report by HLT Advisory Inc. looked at the possible effects that the Ontario government’s initiative might have on brick-and-mortar casinos and relied in part on the experiences of other places that have legalized iGaming.

Projections in the report included that around 2,600 casino jobs and $2.8 billion in provincial tax revenue could be sacrificed over the next five years as lower-taxed online gambling is introduced and starts grabbing market share away from land-based facilities. Whereas casino operators turn over around 55% of their revenues to the province, it's expected online operators will pay somewhere in the region of 20%.

“The report includes critical learnings from other jurisdictions that introduced iGaming and cannibalized land-based operators in the process,” Rodio said in a statement. “In the U.S., states that have rolled out a legalized iGaming framework have not yet seen casino revenues recover to pre-COVID levels.”

“While we support iGaming in principle, the Ontario government needs to take the time to get this right,” the CEO added. “We are committed to working closely with the provincial government to achieve an integrated, optimal solution that reflects the voices of all key stakeholders and does not jeopardize the industry’s ongoing recovery.”

Although Great Canadian is the only Ontario casino operator that has gone public with such concerns, labour union Unifor, which represents casino workers in the province, is making a similar argument.

"With COVID ravaging the economy province-wide, good jobs in gaming and government revenue from casinos are needed more than ever," the union says. "Unifor is demanding that online gaming operators be held to the same standard, and [to] make [the] same financial contributions to government, as the job-creating brick and mortar casinos in Ontario."

But Ontario's iGaming market would be a first for Canada, which for years has been watching what is estimated to be billions of dollars in online wagering flow to offshore and illegal entities, rather than provincially regulated ones.

The Ontario government said it recently learned about the HLT report. However, it also says that it announced its plan to set up the new iGaming market in 2019 and that land-based gaming operators have had the opportunity to provide input during the development process.

And, both before and throughout that process, the province says “grey market” websites have been accessible and essentially in competition with legal operators.

“Ontario is establishing a new igaming market that will displace the existing grey market, attract new operators, provide opportunities to existing land-based operators and reduce the risks to consumers who play on online gaming websites,” Krstajic said. “The province is taking steps to ensure that a broad range of operators, including land-based and new online operators, have an opportunity to participate in the new market.”

Benjie Levy, president and chief operating officer of theScore, told the Toronto Star that online gambling has been an “additive” to the overall sector in the four U.S. states where the company does business.

Indeed, the HLT report prepared for Great Canadian forecasts that there would be more total revenue generated by the province's various gambling entities from 2023 to 2027 with an open-license iGaming model. However, the projection also shows land-based casinos winning less and the government getting a lower tax haul than if there were no competitive online aspect to Ontario's gambling sector.

Other sportsbook operators continue to circle Canada and Ontario as markets of interest as well.

MaximBet issued a press release Tuesday that indicated it aims to launch in Canada this year and noted that it had recently launched a free-to-play game available in the country. BetMGM also provided an update on its operations Wednesday, which highlighted that the operator expects to launch its online sportsbook and casino in Ontario later this year.

BetMGM CEO Adam Greenblatt noted on a conference call that bwin would launch in Canada as well. Bwin is one of the other brands owned by Entain Plc, the 50-50 owner of BetMGM with MGM Resorts International.

“We see this as incremental,” Greenblatt told analysts on the call. “What we see, even in the U.S., where we have multiple brands, both can thrive. The brands will be operated by different, independent teams. So, we fully see that as incremental to value.” 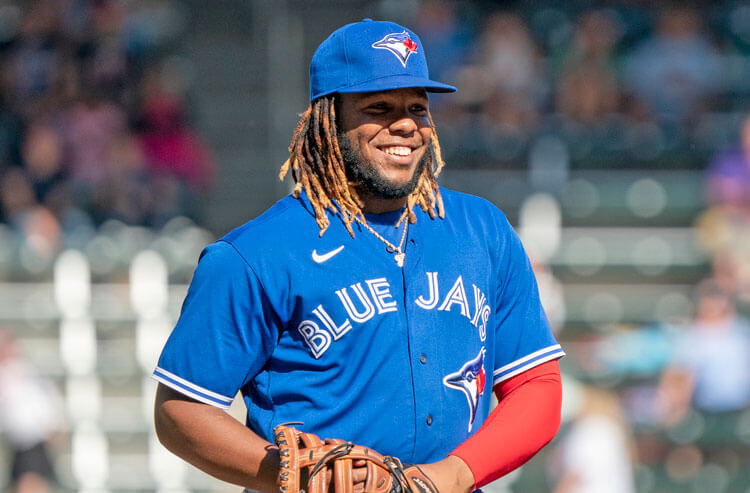