Ontario’s plan is unique in Canada, but its similarity to some U.S. markets and the size of the province's population means it has drawn plenty of interest from operators.

The Ontario government doesn’t see much difference between how the province’s brick-and-mortar casinos are run now and how a host of online sportsbooks and other gambling sites will operate in the future on its behalf — even if a watchdog might think otherwise.

Ontario’s auditor general released a review of the province’s internet gambling plans on December 1 that raised legal concerns about how the government was structuring a competitive market for internet-based casino gaming and sports betting.

The market has yet to launch and is now not expected to do so until the first quarter of 2022 at the earliest. However, if and when it does launch, it could enable a number of private-sector operators of online sportsbooks and casinos to legally operate in Ontario.

There is currently just one legal provider of internet gambling in the province: Ontario Lottery and Gaming Corp., which also operates an online sportsbook called PROLINE+.

The auditor general — an independent officer of the Ontario legislature that audits the public sector — said the iGaming model could be subject to legal challenges. Yet the Ontario government says it has taken steps to ensure it doesn’t run afoul of Canadian law.

“Ontario is committed to creating a competitive new online gaming market to help protect consumers,” said Natasha Krstajic, press secretary and parliamentary advisor for Ontario Attorney General Doug Downey, in an email. “Ontario has carefully designed the online gaming model so as to achieve that objective in compliance with the requirements of the Criminal Code that apply to Ontario.”

Krstajic said the province will conduct and manage the new market through iGaming Ontario, which is a subsidiary of the Alcohol and Gaming Commission of Ontario and the entity that is developing operating agreements with private-sector operators. Operators are to run those gaming sites in the market on behalf of the province.

“Additionally, Ontario’s approach to conducting and managing internet gaming closely follows approaches that Ontario has used for land-based lottery schemes, where the private sector is responsible for the day-to-day operations of gaming sites as Ontario’s agents while the Province maintains control over key elements of the schemes to comply with the Code’s conduct and manage requirements,” Krstajic added in an email. “There have been no significant legal challenges to the lawfulness of the land-based gaming model.”

Ontario’s plan is unique in Canada, but its similarity to some U.S. markets and the size of the province's population means it has drawn plenty of interest from operators.

Ontario's approach also comes after federal lawmakers authorized the provinces to start offering single-game wagering earlier this year, ending the country’s parlay-only model of legal sports betting. That wagering has so far been limited to the websites and retail products of government-owned lottery and gaming corporations, a status quo that Ontario intends to shake up.

Still, there may be some legal risk associated with Ontario’s trailblazing, as the province’s auditor general released her annual report earlier this month that included a section containing concerns about the planned iGaming market.

Auditor Bonnie Lysyk’s findings included that the government’s plans could be subject to legal risk around the structure of the iGaming market. While all the details hadn’t been finalized, the auditor said there were signs that a lot of decision-making power and business risk could be shouldered by the private-sector operators.

This, Lysyk wrote, could contravene the section of Canada's Criminal Code that requires a provincial government to “conduct and manage” any commercial gambling.

“Consideration for whether a province has illegally delegated the ‘conduct and manage’ function in a gaming scheme to a private entity has been the subject of past legal challenges in Canada,” the auditor’s review said. “We conclude that iGaming Ontario’s business model could be subject to legal challenges.”

The auditor’s report pointed to past court judgments that hinged on which party was the “operating mind” behind a gambling scheme. Factors such as the responsibility for strategic decision-making, operational control, and profit-sharing arrangements were key in determining this, the AG wrote.

Asked about the “conduct and manage”-related legal challenges in the past, the auditor general’s office directed Covers to two decisions, one from 1989 and the other from 1998.

One of the issues in the 1998 case was whether a section of a British Columbia law was offside because it illegally delegated the province’s power to regulate gambling. The City of Surrey had argued the B.C. legislature and lottery corporation had overstepped their jurisdiction by downloading their responsibility to a casino where slot machines had been installed and were operating.

Ultimately, the judge ruled the casino was not the "operating mind" of the slot machines and that the province had not unlawfully delegated its gambling powers.

But the Ontario government doesn’t appear to agree with the auditor general’s assessment of the future iGaming market in the first place.

Moreover, just because PROLINE+ is the only online sportsbook that is legal in the province at the moment, that doesn’t mean it’s the only website Ontarians are using to bet on sports.

According to the provincial government, residents are spending nearly $1 billion annually on online gambling and around 70% of that is being wagered on “grey” market websites which may be regulated somewhere but not in Ontario.

“Ontario is committed to creating a safe, regulated and competitive online gaming market to help protect consumers,” the government said in its response in the auditor general's report. “The government will take any additional steps it considers necessary to address any legal risks associated with the proposed framework for Internet gaming in Ontario.”

In the meantime, the Ontario government and regulators are working with operators to get the iGaming market off the ground.

On Monday, Penn National Gaming Inc., which acquired Toronto-based Score Media and Gaming Inc. in October, said theScore Bet had obtained a key certification for the mobile sports betting and iGaming app it plans to use in Ontario.

"Securing GLI-33 certification satisfies one of the requirements theScore Bet must achieve before it may offer internet sports betting and iGaming as a regulated operator in Ontario," the company said in a press release. "The Province of Ontario is expected to commence regulated online iGaming and sports betting with private operators in early 2022, and theScore Bet looks forward to offering Ontarians its online sports betting and iGaming services, subject to receipt of all regulatory approvals and satisfaction of pre-launch requirements imposed by the AGCO and iGaming Ontario." 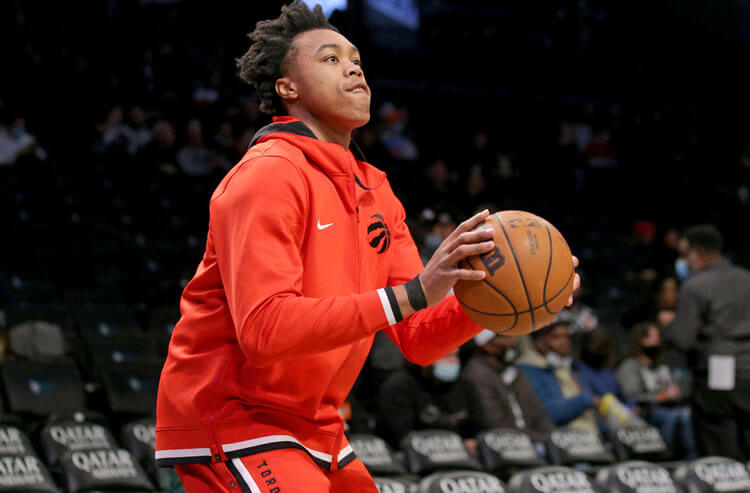