Wales vs England World Cup Picks and Predictions: Bale and Ramsey Burn Out for Wales

Gareth Bale and Aaron Ramsey have led Wales to heights never before seen for the country but their end is rapidly approaching. England can finish this Welsh era off — and our World Cup picks highlight how that could happen. 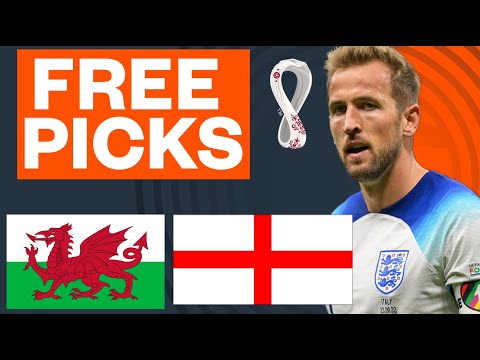 Everything is up for grabs in Group B at the World Cup on Tuesday. Wales face England in this game, while elsewhere we see Iran and the USA battle. The winner of that game will make it through, as will the winner of this one.

England can get away with losing this game, as long as it’s by fewer than four goals, and still qualify for the next round. Could Wales pull off the biggest result in their history and a massive World Cup odds upset against England to eliminate them?

Wales vs England picks and predictions

England were poor against the USA, especially considering how well they performed against Iran. On Friday, England struggled to deal with the USMNT’s press and their forward players were poor. Harry Kane hasn’t looked fit, while Bukayo Saka struggled in the last game after having looked so lethal vs. Iran.

There is no doubt though that this England team are dangerous and now they’re being doubted, just as they were in the Euros last year. This is when we’ve historically seen them play well. It’s hard to know exactly what team Southgate puts out but it wouldn’t be a shock if the team was unchanged and he chose to send a message by sticking with his players.

Kane’s position in the starting lineup is the biggest question. He’s the best player when he’s fit but his mobility didn’t look right against the USA. If he’s not fit, then it isn’t worth starting him in a game that England don’t really need to win.

Wales can only qualify by thrashing England in this game, so they have to go out and attack from the start. That’ll play into the hands of England, who can soak it up and hit them on the break. England’s team is blessed with pace and that should be enough to help them win this comfortably.

Wales vs England side analysis

I’ve already touched above why I’ll be backing England -1 but it’s not just because of England’s ability but also because of how poor Wales have been. Against Iran, they allowed 21 shots against them, despite having 62% of possession.

This is most likely Gareth Bale’s final game, but he’s not looked good enough for international football for some time. He won and scored the penalty against the USA but was poor throughout and against Iran, he struggled to have any real impact against poor opposition.

Aaron Ramsey, another part of the great Welsh team of 2016, was even worse against Iran. He was chasing shadows and sadly time has caught up with the midfielder.

The bookies have it marginally leaning towards Over 2.5 but I’m confident that we’ll see a lot of goals in this one. With it being Bale’s final game for Wales and the way they need to win heavily in order to qualify, it seems likely that they’ll throw the kitchen sink at this one.

Going all-out attack will leave them wide open for England to counter and score multiple goals too. This is a game that could easily be three, four, or maybe even five. I’m confident we see a high-scoring clash.

Wales: None.
England: None. 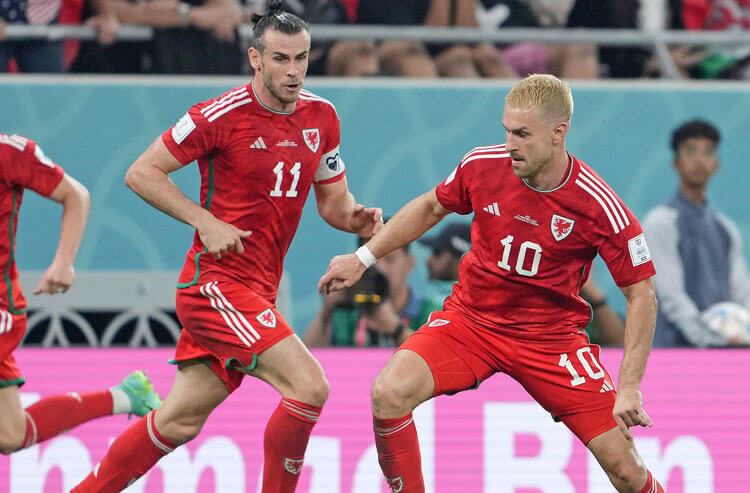 Wales vs England World Cup Picks and Predictions: Bale and Ramsey Burn Out for Wales
Provided by