After a tight loss vs. Portugal, Ghana need a win to keep their hopes of reaching the Round of 16 alive. Against a defensive South Korea team, our World Cup picks expect the Black Stars to get a huge result in Group H.

South Korea face Ghana with both teams needing points to stay in the hunt in Group H. Portugal are the World Cup odds favorite to take the group but a win for either South Korea or Ghana puts them in a great position to take the runners-up spot.

Will either team take a massive three points and go a long way toward extending their World Cup? Don’t miss our South Korea vs. Ghana World Cup picks and predictions.

In that draw, we saw the best and worst of South Korea. They were well-disciplined, moving forward as a team and defending as one unit too. Their backline managed to stay firm against the Uruguayan attack and largely stopped them from having too many major chances.

The downside of South Korea’s performance was that they offered so little in front of goal. They worked the ball into good areas throughout the game, moving it wide and playing it into the box but they didn’t manage to have any real threatening chances. The shots often came from distance and  Heung-Min Son couldn’t get on the ball enough.

Meanwhile, Ghana lost 3-2 to Portugal but they performed well in that defeat and in many ways, they were unfortunate not to grab a point on the day. Ghana were better than expected pre-tournament, showing guile and creativity with the ball and managing to outrun and physically out-play the Portuguese for large parts of the game.

Ghana will offer more speed and directness than Uruguay offered against South Korea, which should test the Korean defense.

South Korea, too, will have more chances but it’s hard to see them scoring more than a single goal after their shooting in the past match, whereas Ghana have the potential to score multiple.

South Korea vs Ghana side analysis

South Korea will set up in the same 4-2-3-1 that they used against Uruguay. It’s UJ Hwang who plays up top but he’ll need to play better than he did in the last game. Son plays on the left of the attacking three behind the front man but his role is flexible and he often comes inside, looking for the ball and trying to dictate the tempo.

Ghana played 5-3-2 against Portugal but they’ll likely tweak their formation against South Korea, given that they don’t possess quite the threat in attack. The defense will still be key and Mohammed Salisu will be key to keeping that unit organized and tight at the back. The midfield, in particular, Arsenal’s Thomas Partey and Ajax’s Mohammed Kudus will be the most important. Kudus was exceptional before he got substituted, doing a job defensively but also linking play with the attack and offering plenty offensively.

The bookies are confident that we’ll see Under 2.5 in this one and they could be right.

With both teams needing a win after failing to get one in the opening week they’ll be cautious, but I think the game will really open up in the second half and we could see goals. Ghana were able to pressure a talented Portuguese defense and I can see them causing South Korea problems. The question is whether you see South Korea managing to find the back of the net.

After last week’s performance, I’d probably say it’s less likely than it is likely. For that reason, I’d lean toward backing the Under here.

South Korea: None.
Ghana: None. 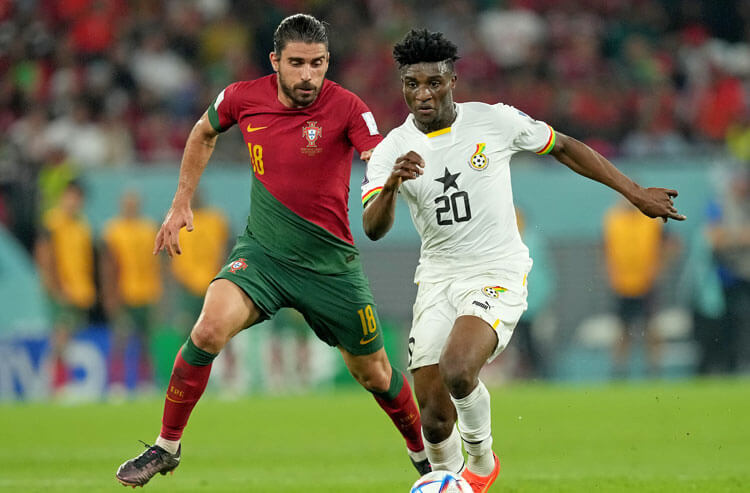