Group E is headlined by two absolute juggernauts in Spain and Germany. Which team will manage to fare best and successfully advance to the next stage? Find out more in our 2022 World Cup group preview below. 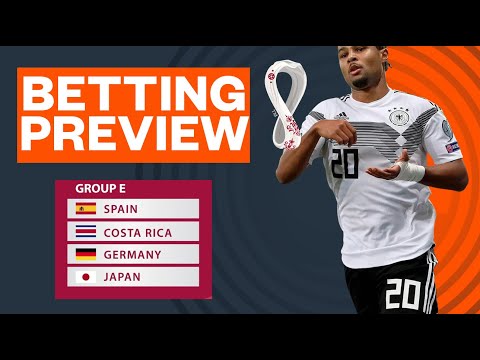 Group E is arguably the group of death, with two top countries included, but surely it’ll take something special from either Japan or Costa Rica to stop them from making the next round. If you look at most World Cup groups, you can be fairly sure about who should top them, but Group E is really up for debate.

Spain and Germany both lead World Cup Odds in Group E, and it’s hard to imagine either Japan or Costa Rica eliminating either country. These two genuine powerhouses are set to meet one another on November 27.

Who comes out on top? Will either team be able to score enough goals? Can an outsider cause a huge shock and steal a place in the last 16? There are a lot of questions about this crew, so let's get after it with our World Cup picks, predictions, and analysis for Group E.

The sportsbooks have Group E close as basically a coin toss between Spain and Germany. For my money, it’s the Spanish who are superior and should win this group with ease.

They have one of the international game’s best managers in Luis Enrique. He’s been brave throughout his tenure and isn’t afraid of controversy, as shown by omitting PSG’s Sergio Ramos from this squad. The question, as it has with Spain in recent years, is who’ll score the goals needed to win the tournament.

Alvaro Morata is much maligned, but he’s better than he gets credit for and has scored some key goals for Spain in recent years. People had these same doubts about Spain at Euro 2020, but they grew throughout the tournament and were a penalty shootout away from beating Italy in the semi-finals.

Spain’s strength is, as always, in the middle of the park, and their midfield trio of Sergio Busquets, Gavi, and Pedri will control the ball and dominate possession. Their recycling of the ball (while not quite the tiki-taka of their 2010 World Cup team) will be hugely effective in the Qatar climate, tiring out the opposition. Spain will strangle their opponents when they have the ball, and they have enough talent to win games and top this group.

Player to watch: Pedri. I’m not telling you anything you don’t already know, but the 19-year central midfielder is a special talent. Despite starting his career at Las Palmas before moving to Barcelona, he plays with the Catalan club's DNA. It’s not fair to compare Pedri and Gavi to Xavi and Iniesta, but playing alongside club teammate Sergio Busquets will showcase his special talents.

It feels like this is a team in transition with some incredible young talent who are probably a couple of years away from exploding. However, we said similar things in 2010 before a young Toni Kroos and Mesut Ozil created a huge impression, so you can't count them out.

Injuries have robbed them of Marco Reus and Timo Werner, with Werner a particularly big loss. The former Chelsea striker has been disrespected after his Premier League struggles, and he often performed well for Germany. Now Germany are without a truly established striker and will have to decide whether to play Karim Adeyemi, Niclas Fullkrug, or perhaps, Kai Havertz as a false nine.

Germany will play a 4-2-3-1 as Hansi Flick did so well at Bayern Munich, and they should comfortably finish in the top two and qualify for the next stage. While they don’t have a striker, they do have a lot of talent in attacking positions. If the likes of Gnabry and Sane aren’t managing a breakthrough, then Flick has the personnel to change the game.

Player to watch: Jamal Musiala. Bayern Munich’s 19-year-old sensation chose to represent Germany (where he was born), over England, who he played for at the youth level. He’s capable of playing anywhere from a makeshift forward to the center of midfield. However, his best position is in the hole behind the frontman, where he can dictate the tempo and play intricate passes. This could be the tournament where he becomes a global name.

It’s often hard to talk about Japan without resorting to cliches about physicality and technical ability, but we’ll avoid that. Japan are unlucky to have been drawn into Group E, and had they been in many others groups, they’d fancy their chances of qualification a lot more. They face Costa Rica in the second game, and that will be key to their hopes.

The issue will be goals or, more importantly, a lack of them. Just two of their 12 goals in the final qualifying stage came from strikers, however, they do have an array of attacking midfielders who can create plays for one another. Arsenal’s Takehiro Tomiyasu will hope that his brilliant club form can help keep his defense tight against the likes of Spain and Germany.

Still, with the aging Maya Yoshida (34) and Yuto Nagatomo (36), there’s a concern that pace could be their undoing. If they can keep it tight at the back, then there’s every chance that the midfield will be able to create opportunities to grab some historic results.

Player to watch: Daichi Kamada will face a number of his German opponents, having played at Frankfurt since 2017. Kamada shined during Frankfurt’s Europa League triumph, and the 26-year attacking midfield is capable of taking on opponents, scoring and assisting, as well as working hard defensively too. He’s scored seven in 11 Bundesliga starts this year and will hope to find the net in Doha.

Costa Rica won’t qualify for the last 16 of the World Cup unless something wild happens, but they’ll do more than just make up the numbers. Arsenal fans will remember the name Joel Campbell, and he’s still representing his country and creating problems for the opposition. Keylor Navas (PSG) is also still in goal and remains a key part of their team.

A more youthful name is Bennette, an 18-year winger who has been playing for Sunderland in the Championship. He’s quick and direct and could cause defenses issues. Costa Rica were one of the final teams to seal a spot in Qatar, only qualifying back in June, beating New Zealand in the inter-confederation playoff. They’re one of the weaker teams at this World Cup, having finished fourth in CONCACAF World Cup qualification.

We all know Costa Rica won’t qualify for the next round, but they’ve upset the odds before, and they believe that they can do it again.

Player to watch: Keylor Navas. It’s not often a goalkeeper is the player to watch, but the 35-year-old has had a brilliant career. His heroics in the 2014 World Cup earned him a move to Real Madrid from Levante, and with them, he won everything a player could win at the club level before a move to PSG in 2019. His experience and leadership will be key to his nation’s hopes.

Japan to finish with exactly 3 points (+240 at FanDuel)

The Japanese were brilliant to watch in Russia in 2018, where they reached the Last 16 before losing to Belgium. Unfortunately, I don’t think they’ll be able to match that this time around, but that gives us a betting opportunity.

Germany and Spain should beat them. Spain play them third and will still need to win that game to seal top spot in the group, so they won’t let up. So that means six points will be off the board, with just three remaining. They play Costa Rica second at Al Rayyan Stadium and they should be able to get three points there. They might be lacking a genuine world-class talent or a striker who can guarantee goals, but they have the talent and attacking players to secure the win over a poor Costa Rica. 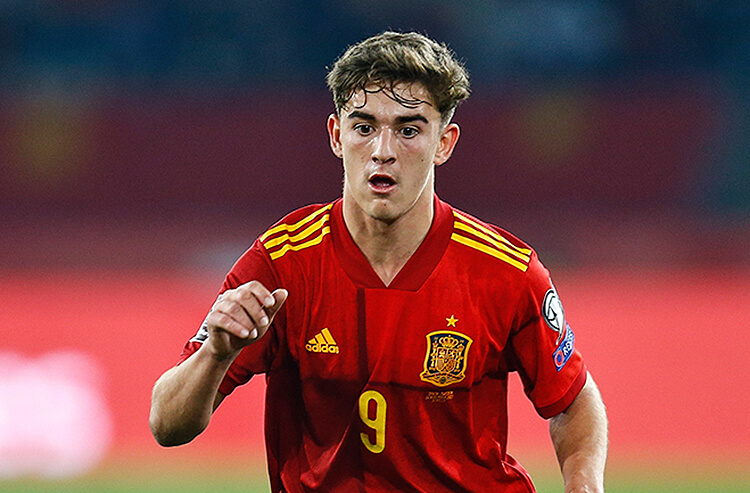