Granit Xhaka is always a prime candidate to lose his cool in the big spots, and no spot is bigger for Arsenal than the North London Derby. With the Gunners away to Spurs in the NDL, our EPL picks are counting on Xhaka to have his name taken.

On Sunday, the Premier League gives us the North London derby between Tottenham Hotspur and Arsenal, the second big derby game of the weekend. There are always fireworks when Spurs and Arsenal meet but this year it feels even bigger, not least down to Arsenal’s position at the top of the Premier League.

Can Arsenal pick up a huge three points here or will Spurs damage their hated rival’s title campaign? Don’t miss our Tottenham vs. Arsenal picks and predictions.

Tottenham vs Arsenal picks and predictions

The North London derby really matters to supporters of both of these clubs, with passions always running high. It’s not just the supporters who have passions that run high, with several players on the pitch likely to let their temper boil over. Arsenal’s Granit Xhaka is a prime candidate.

This year has arguably been the best of Xhaka’s career, with the Swiss international now one of the team’s most important players having previously been a scapegoat for the fans. His discipline has always been a question mark over him, but he’s only picked up six yellow cards this season, with just three in the Premier League.

That’s good for him, when you consider that he’s had 37 yellow cards and two red cards in the past four Premier League seasons.

Cometh the hour, cometh the man, and you can always rely on Xhaka to find himself in the referee’s book in a big game. Despite his improvements this season, he can still let the occasion get the better of him and this could be one of those moments. His temper can get the better of him in these situations and it often feels like he plays up against Spurs, or even ex-Spurs players, as if he’s trying to get approval from a fanbase who derided him for so long.

Xhaka’s picked up a yellow card in three of the last five Premier League meetings between these two clubs and he’ll be in the middle of everything again on Sunday. At +215, I think we’re getting an incredible price on the booking here.

Tottenham vs Arsenal side analysis

Arteta will send him Arsenal team out in their customary 4-2-3-1 with Bukayo Saka and Gabriel Martinelli patrolling the wings and looking to feed Eddie Nketiah, while Martin Odegaard acts as the team’s creative outlet behind him.

Xhaka and Thomas Partey will have to do the leg work in midfield and look to break down Spurs' attacks before Heung-Min Son and Harry Kane get the ball in dangerous positions.

For Spurs, we’ll see Conte look to frustrate their opponents using his preferred 3-4-2-1. Clement Lenglet, Eric Dier, and Christian Romero will be the back three and looking for the wingbacks to help them against Saka and Martinelli.

In the middle it’ll be Rodrigo Bentancur, assuming he is fit, and Pierre-Emile Hojbjerg battling up against Partey and Xhaka. Supporting Harry Kane up top will be Son and either Dejan Kulusevski or Bryan Gil, which will be dependent on Kulusevski’s return from injury. The Swede is vastly superior to Gil and could be a thorn in Arsenal’s side if he is deemed fit to play.

It’s hard to call this game and while Arsenal are rightly favorites against an underperforming Spurs, we know that Conte’s team often turns up on big occasions and against the better teams. The challenge of upsetting Arsenal’s title bid and halting their attacking style is something that will thrill Conte and it wouldn’t be a shock if Spurs took something from this game.

I’d lean towards taking the double chance, Tottenham/draw, as the play here, which at -137 could be a smart move if you think Arsenal could falter.

With the Over at -130 it’s clear that the bookies are expecting to see goals, and who can blame them when these two have scored 77 goals this season.

We’ve seen Over 2.5 in 66.7% of Spurs home games this season, and it’s worth flagging that they’ve allowed their opponents to score at least one goal in seven of nine games. We’ve also seen Arsenal in a lot of high-scoring games this season, with Over 2.5 landing in 64.7% of games, however, that number does drop when they’re on the road.

The last four North London derbies in the Premier League have seen at least three goals, so I’d lean towards expecting that trend to continue here and backing Over 2.5 goals.

A dry Sunday should see temperatures in the mid-low 40s. 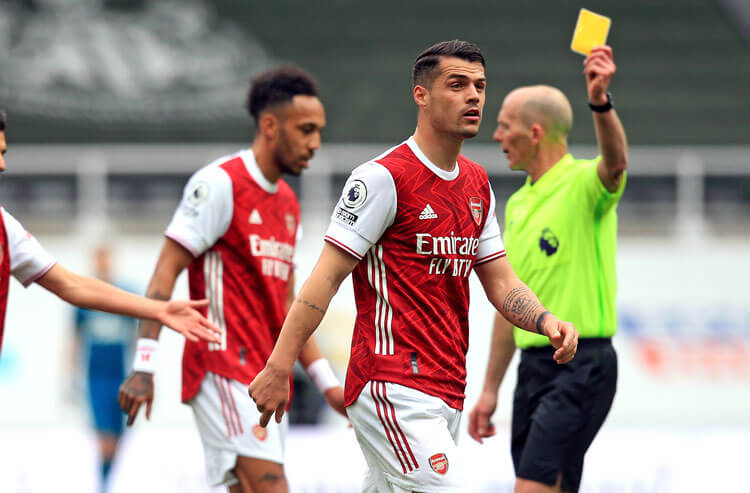