Can Russia do a better job of finding giant striker Artem Dzyuba on the counter against Finland, or can the Fins hold Russia out and take a big step toward advancing? Check out our tips and predictions for Finland vs. Russia.

Group B at this year's Euros continues midweek, with second-place Finland taking on fourth-place Russia in St. Petersburg.

In their first-ever match at a major tournament, Finland earned a win in a match that will be remembered for very different reasons, while Belgium dominated their opening match against Russia with little issue.

The battle for second-place in Group B figures to be tightly contested, and that starts Wednesday. Check out our best tips and predictions for Finland vs. Russia on June 16.

It's set to be a sunny day in St. Petersburg for Russia and Finland's second game of the Euros, with temperatures expected to be around 70 degrees Fahrenheit.

Russia was handed one of the most difficult opening fixtures at the Euros, despite getting to play in front of their home fans. Playing against one of the favorites in Belgium, all Russia could hope to do was batten down the hatches, play a bank of four in front of their back five, and try to hit on the counter from target man Artem Dzyuba.

While Russia did exactly that, their performance in a 3-0 thrashing was even more discouraging than the scoreline suggests. Powered to the quarterfinals in 2018 through hard running and tireless work for 90 minutes, the aging squad of Russia was apparent, with dead legs quickly appearing after a grueling domestic season. With just a brief spell with the ball and very few threats to speak of, Russia ended their opening game with an expected goals of 0.24.

Finland followed a similar game plan to Russia but with greater success. Glen Kamara acted as the fantastic outlet he is in midfield, while Teemu Pukki's movement opened up space in Finland's rare voyages forward. Despite winning 1-0, Finland had just 0.7 xG, with their lone shot resulting in the winning goal.

Neither side is going to attack with intent in this one. Barring a last-minute winner, expect a stalemate between two of the Euro's most defensive sides.

There's little reason to expect either team to bomb forward in this one, and there's especially no reason to expect either to come out attacking. Russia, with a -3 goal differential after matchday one, will be well aware of the importance of not conceding. A draw against Finland could set them up for a win-and-advance third and final group stage game against Denmark, with four points expected to be enough to advance as one of the top third-place teams. Goal differential will quickly become Russia's biggest focus.

Finland's win over Denmark has set them up brilliantly, as a draw against Russia would almost certainly clinch progression as the second-place team. As they did against Denmark, expect Finland to sit deep and soak up pressure, while trying to spring counter-attacks and get Pukki into the channels.

Russia could commit further numbers forward and play with greater urgency as the second half progresses, but there is little reason to expect either team to take chances in the first half. Bet the draw. 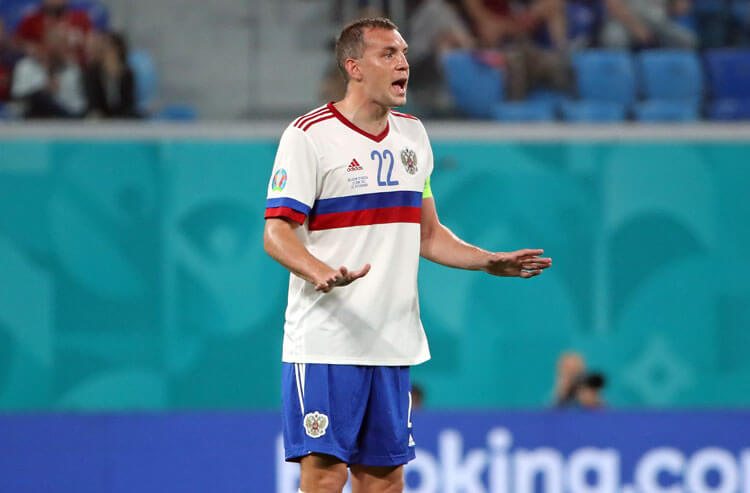