Chelsea vs Tottenham Picks and Predictions: Spurs Make a Statement at Stamford Bridge

Antonio Conte's return to Stamford Bridge, as manager of Spurs, has high stakes early in the season with both clubs expected to fight for the Top 4. With Tottenham's depth and elite talent, our EPL picks expect them to get a win away to Chelsea.

Chelsea have the Premier League know-how, but Tottenham are one of the most exciting teams in the league.

This is a game that really could go either way, so don’t miss our picks and predictions for Chelsea vs. Tottenham Hotspur, with kickoff on August 14.

The hot streak continues in England, and the weather will be just under 90 degrees when the game kicks off at 4:30 p.m. local time.

Chelsea come into this game in a strange place. They’ve signed the brilliant Raheem Sterling and Kalidou Koulibaly but it still feels like they’re short. They still need additional defensive reinforcements to cover those who have left or are leaving, they probably need another midfielder, and they need to find somebody to play as a nine after the departure of Romelu Lukaku.

Meanwhile, at Spurs, they’re in the midst of an Antonio Conte revolution. They’ve signed new players this summer, such as Richarlison from Everton, Clement Lenglet from Barcelona, and Ivan Perisic from Inter, but for the most part, these feel like additions for depth rather than guaranteed starters.

Spurs will line up with their usual 3-4-3, with the brilliant Cristian Romero and Eric Dier likely to be joined by Ben Davies at the heart of the backline. Emerson Royal and Ryan Sessegnon should remain starters after their performances in the 4-1 win over Southampton last week.

The strength in the Spurs team, much like the second half of last season, remains their front three. We know all about the brilliance of Harry Kane and last year’s Golden Boot winner Son Heung-Min, but the January addition of Dejan Kulusevski has truly transformed this attack. His movement, combined with his excellent passing, has unlocked this team's potential.

Chelsea will need to keep that front three locked down, and it still feels like this new backline is learning how to play to their strengths. Koulibaily and Marc Cucurella could both possibly feature centrally, with either Thiago Silva or Cesar Azpilicueta. The wingbacks, Ben Chilwell and Reece James, will need to cover defensively and support Chelsea’s attack.

Up top, the movement of Raheem Sterling and Mason Mount around Kai Havertz will be key to Chelsea’s hopes of scoring.

You’d be a fool to write off Thomas Tuchel and this Chelsea team, who have continually shown the ability to upset expectations, but when looking at this game, it’s the away side who look the most attractive wager, especially at odds of +225.

This feels like a competitive Tottenham Hotspur team who might be able to challenge for the Premier League title this season. If Spurs have hopes of winning the league, then they need to set down a marker now and leave Stamford Bridge with three points.

We need to remember that we’re only one game into this Premier League season, so there are no guarantees here, but Over 2.5 looks like the smartest play in the total goals market. Chelsea only narrowly beat Everton 1-0, which raises concerns, but Spurs’ emphatic 4-1 victory last Saturday does ease those.

Spurs’ victory shows that they are capable of scoring, and you’d have to imagine they find the scoresheet here. It’s also worth noting that they conceded to a dreadful Southampton team, which should give the Blues hope that they’ll score here.

It feels like a game in which both teams should score, so we only need one team to notch two goals, and we’ll have hit our total.

Last season’s stats don’t tell the whole story for this new one, but Chelsea saw Over 2.5 goals in 52.6% of their home games in the Premier League, and we should see Over 2.5 land here.

It really can’t be oversold just how impressive Spurs looked offensively in their season opener, as they tore Southampton apart. Conte’s team managed to score two goals before the halfway mark, with both Sessegnon and Dier finding the scoresheet.

There are goals all over this team, from the front three to the defense, making them very dangerous.

If we look back and include last season, which admittedly is not always an exact science, Tottenham have scored in the first half of five of their past six games, with the only exception being a game against a brilliant Liverpool defense at the end of last season.

We know that this team starts quickly and gets into their opponent, and with that in mind, the +125 on offer for Spurs to score in the first half looks like the smartest bet in the Premier League this Sunday. 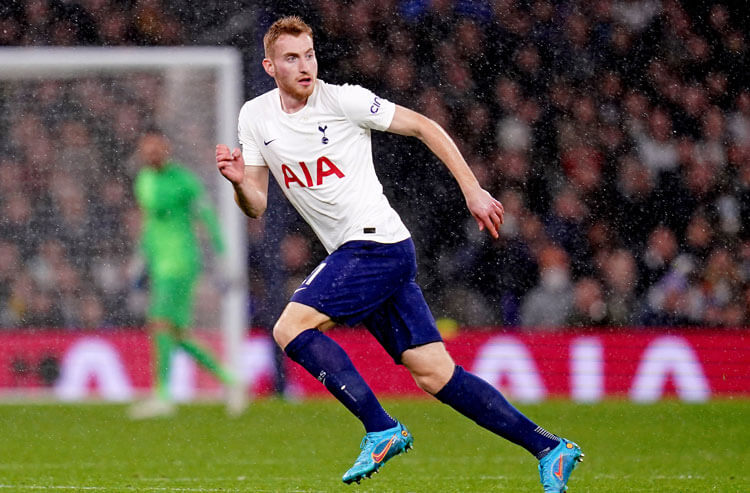 Chelsea vs Tottenham Picks and Predictions: Spurs Make a Statement at Stamford Bridge
Provided by

Brighton vs Tottenham Picks and Predictions: A Stalemate on the South Coast
Gary Pearson | Oct 6, 2022