Aston Villa's home form has been awful under Steven Gerrard, while Everton have been mostly awful everywhere under Frank Lampard. In this first managerial clash between the two legendary midfielders, our EPL picks like Villa to earn three points.

Aston Villa welcome Everton to Villa Park for Saturday’s early kickoff, with both teams looking to secure their first win of the 2022-23 Premier League season. The contest will mark the first time former England teammates Steven Gerrard and Frank Lampard face each other as Premier League managers.

Villa lost 2-0 away from home against newly promoted Bournemouth on opening day, while Everton fell at home to Chelsea 1-0 in a hotly contested affair. Even though we’re still in the embryonic stage of the season, both teams are already under intense scrutiny and compounding pressure.

Here are our picks and predictions for Aston Villa vs. Everton, with kickoff on August 11.

Birmingham is amid a heatwave that will continue through Saturday. Temperatures should hit 84 Fahrenheit for the mid-afternoon kickoff. No precipitation is expected, and winds will be light, at about 7 mph.

The malaise in both camps is palpable, with Gerrard’s forthright and unforgiving methods already facing stiff resistance. Reports out of Villa suggest some of the club’s senior players — most notably Tyrone Mings, whose captaincy was stripped by the new manager — are at odds with the former Liverpool great’s old-school and disciplinarian ways.

Gerrard switched from a back three to a flat-back four after arriving from Scotland, a system that hasn’t flourished the way he envisioned. Despite the formation change, Villa had tons of joy on the flanks in its opening match at Bournemouth, knocking in 25 crosses from open play, the most of any team in matchweek 1. However, just six of those crosses found their intended target, summing up one of the primary issues facing Gerrard’s side.

Villa have picked up 16 from a possible 42 home points since Gerrard took the helm in November 2021. Dating back to last season, the Claret and Blue have won just two of their previous 10 Premier League matches. Additionally, Villa had the sixth-worst home record in the league, taking 23 points from 19 contests.

There is, however, a silver lining for Villa. The Claret and Blue are undefeated in six matches against Everton, winning four overall and two on the bounce. Like Gerrard, Lampard hasn’t exactly had things his way on Merseyside. Yes, he helped the Toffees avoid relegation at the tail end of last season, but the problematic task certainly wasn’t accomplished in style. The Toffees lumbered across the finish line and were lucky to maintain their spot in England’s top division.

Everton stumbled to the Premier League’s worst away record, winning just two of 19 matches for a total of 10 points. Only lowly Norwich, now plying their trade in the Championship, had as poor a road record.

When you dive into its current personnel issues, the news doesn’t get much better for Everton. The Toffees lost Richarlison to Tottenham and are currently without top goalscorer Dominic Calvert-Lewin, who injured his knee in training over a week ago. That leaves the goal-scoring duties up to Demarai Gray, Anthony Gordon, and Salomon Rondon, all of whom combined for 12 goals in 2021-22.

Lampard is also caught short at the back, with Ben Godfrey and Yerry Mina both unavailable through injury. The loss of such integral players, both at the back and up front, should provide Villa the impetus to pick up all three points.

There’s an argument for both the Under and Over in this tough-to-call fixture. Seven of Everton’s last 10 away matches have seen three or more goals, leaning toward the Over.

Additionally, the Claret and Blue have endured a run of six straight without a clean sheet. The Toffees are without two of their first-choice centerbacks, presenting a clear area for Villa to exploit and adding more support for the Over.

However, Everton lack a goal-scoring threat and should struggle to muster many threatening offensive forays. Furthermore, five of Villa’s recent eight matches at Villa Park ended in the Under.

Back the Under on this occasion, as Gerrard’s side badly needs a win and should have enough to score a goal or two while keeping their first clean sheet in seven matches.

Without Calvert-Lewin in the team, expect the Toffees to have all sorts of issues creating chances. Aston Villa need a solid home performance and Everton, especially with two critical absences in central defense, is ripe for the taking. 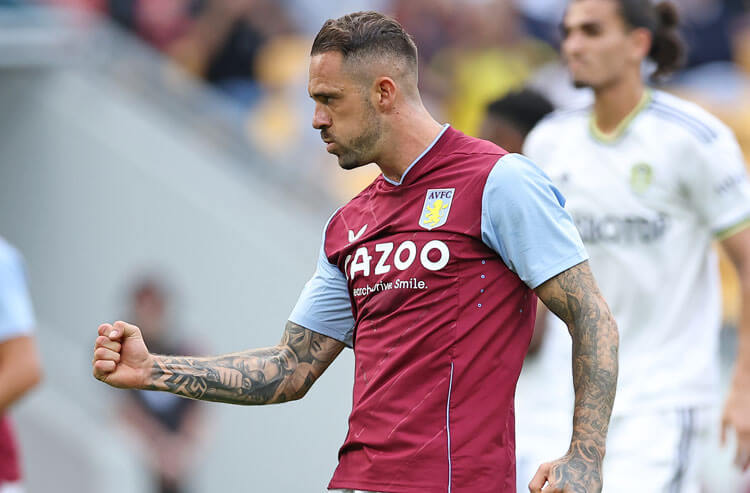