The WIld are arguably the hottest team in hockey right now and have two brick walls to put in the net. As good as the Penguin's offense is, we're supporting the home side to pick up the NHL betting moneyline win in our picks and predictions. 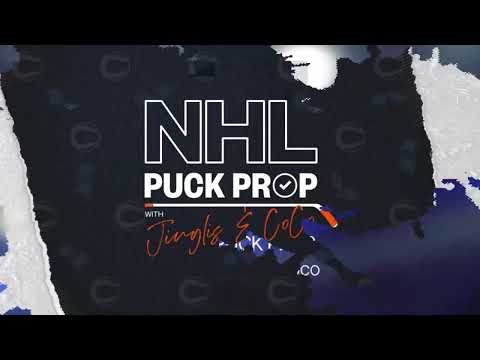 The Pittsburgh Penguins head to the state of hockey to take on the soaring Minnesota Wild, who are arguably the hottest team in the league right now — riding a seven-game win streak — and the NHL betting favorites tonight.

The Wild have been powered by a strong goalie tandem in Cam Talbot and Marc-Andre Fleury — will the Pens be able to solve Talbot tonight... or will the home side make it eight straight?

Find out in our free NHL picks and predictions for the Penguins vs. Wild on Thursday, March 31.

USA: Mats Zuccarello and Kris Letang to each record a power-play point tonight BOOSTED to +700 (was +647) at Caesars! Claim Now

Penguins vs Wild picks and predictions

The Wild haven’t had the best of luck against the Penguins in previous seasons, but this year we have seen a much different Minnesota team.

In their only meeting of the season, they were able to defeat the Penguins on the road, winning in a very evenly played 5-4 shootout victory back in November.

The Wild are one of the better offensive teams in the league, but what has been the most impressive thing about this win streak is the play of Cam Talbot. In his last eight starts, Talbot is 8-0-0 with a 2.13 GAA and a .924 SV% including one shutout.

You can’t ask for much more from your starting goaltender if you’re the Wild. As good as he has been during this stretch, tonight he will match up against a potential Vezina candidate in Tristan Jarry. Jarry has had a phenomenal season for the Pens as he is 33-14-6 with a .921 SV% and a 16.2 GSAx.

Minnesota has had no trouble lighting the lamp this season, currently averaging 3.63 goals per game. That number ranks them the fourth-best team right now in offensive production. During this win streak, it has scored a total of 23 goals, and the guys that have driven this offense all season continue to do so.

Kirill Kaprizov and Mats Zuccarello are becoming quite the dynamic duo. Kaprizov leads the team with 82 points and Zuccarello is behind him with 67.

The Penguins have some offensive firepower of their own — ranking ninth in production and averaging 3.29 gpg — which is outperforming their 3.16 xGF per 60 minutes.

To no surprise, it has been Sidney Crosby leading the way with 70 points on the season, but he’s getting some help from Jake Guentzel (65 points) and his partner in crime, Evgeni Malkin (33 points in 31 games).

Both teams can score goals, but what Minnesota is doing right now is very fearful. This should be a very close game, but ultimately I think it is the Wild who will prevail.

The Penguins have been a very strong defensive team all season. They currently rank fourth in defensive proficiency as they are only expected to give up 2.68 goals against and are actually only averaging 2.59 goals against per game.

They also have the second-best penalty-killing unit killing off 85.8% of their team penalties. They have been strong in their own end as of late despite one hiccup against the New York Rangers — but in their last five games — the Pens have only given up 14 total goals.

The Wild aren’t typically known for their team defense, but their last five games have been nothing short of the word incredible. In this span, they have only given up a total of seven goals.

Cam Talbot and Marc-Andre Fleury are starting to look like an unbelievable one-two punch in the blue paint and if they continue playing this well, who knows how far the Wild can go in the playoffs.

This win streak is no joke as defensive play has led the way for this team. Minnesota does a fantastic job at defending on home ice, averaging just 2.94 goals against per game when it is at the Xcel Energy Center.

This is going to be a very tough environment for the Penguins to produce offensively, but with how good they are in their own end, it won’t be much easier for the Wild either. Talbot and Jarry are goaltenders that are capable of stealing a game and I think this total is way too high for how close of a matchup this is going to be. I like the Under.

The Wild are a very scary hockey team to go up against right now and have shown these stretches all season long. They showed back in November they can keep up with the Penguins and we have every reason to believe Minnesota has only gotten better since then.

One important thing to be noted about the win streak is the opponents that the Wild have beaten, which includes teams like the Boston Bruins, Colorado Avalanche, Vancouver Canucks, and the Vegas Golden Knights. Make no mistake, this team isn't a fluke.

The Penguins have not necessarily been inconsistent lately, but haven’t looked nearly as sharp as their opponent tonight.

Despite the fact the Pens have the goaltending, offensive, and defensive edge in this game when you look at the overall season statistics, in the last seven games it appears the Wild have the edge in all three categories.

Minnesota is a very hard team to beat on home ice, sporting a 24-7-1 in its barn this season and it is competing to have home ice in the first round of the playoffs. I’m sure Pittsburgh will make this game competitive, but ultimately this Wild team is too hot to bet against right now, and I think they'll come out victorious.

Penguins vs Wild Picks and Predictions: Minnesota Stands Strong Against Pittsburgh
Provided by