Sometimes one bet just isn't enough of a sweat. Luckily, the Parlay Queen, Monique Vag, has returned for a new season of NFL parlay picks, giving you the best bets to double down on for Week 1's action. 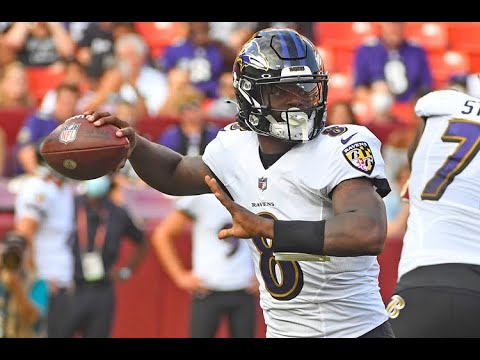 Fall is in the air, which means Week 1 of the NFL season is upon us. While most articles you come across will feature spread wagers and totals, my specialty has always been finding those prop bets and targeting specific players.

Although I don't always parlay my wagers, with NFL season starting and a plethora of prop bets available, here's a look at my favorite NFL parlay picks for Week 1.

In the 2020 season, the Bengals gave up the fourth-most rushing yards per game, averaging 148. Things got even worse in the final three games of the season, with their D surrendering an average of 218.7 and giving up 404 in the final week of the season to the Ravens in a 38-3 blowout at home.

The Vikings’ emphasis will once again be on the run game this year with Dalvin Cook. Last year, only one team ran the ball more: the Tennessee Titans. 2020 was a great year for Cook totaling 312 rushing attempts, averaging 22.3 a game. For this contest his attempts are set at a high number of 21.5, so I am looking to target Cook as a player to score a touchdown. He led his team in touchdowns last year (16), and finished tied for second in total touchdowns for running backs. Look for him to find the endzone at least once.

Tied for the highest game total of the week at 54 is the Cardinals and Titans contest in Tennessee. The Titans added more depth in the offseason with wideouts AJ Brown and Julio Jones, which makes them even more dangerous offensively and legitimate favorites to capture the AFC South. As always, having a running back like Derrick Henry opens the passing game in a big way. With a very young secondary in Arizona starting a rookie middle linebacker, rookie cornerback and a second-year linebacker, points and yards could be aplenty. My bet is around Ryan Tannehill finding success through the air in what’s projected as a shootout.

The past two seasons, Lamar Jackson has done a good job of not forcing throws and turning the ball over. Through 777 passing attempts over the past two seasons, Jackson has only turned the ball over through the air 15 times. I expect that low number to continue on Monday night versus a Las Vegas Raiders defense not prone to generating turnovers. Last year, the Raiders were only able to generate 10 interceptions, ranking them in the bottom five of the league.

Breaking down stats even further, Jackson boasts a 2-1 record on Monday Night Football, posting a 7-0 touchdown to interception ratio. Expect a clean game versus a Raiders team who had one of the lowest pressure rates in the NFL at 28 percent throughout the regular season.

On the other side of the spectrum, the best pass-rushing team last season was the Pittsburgh Steelers generating pressure on 45.1 percent of their pass-rushing snaps. In fact, three of the Top-10 players in producing pressure all play for the Steelers: T.J. Watt, Stephon Tuitt and Cameron Heyward.

Although Josh Allen ranked fifth in the league in completion percentage last year, he's going up against a Steelers defense that allowed a league-low 56.7 percent completion percentage and led the league in interceptions. The Steelers aren't a team prone to giving up the long ball either, so despite playing at home, Allen's passing yards looks like an inflated total. Take the Under 286.5. 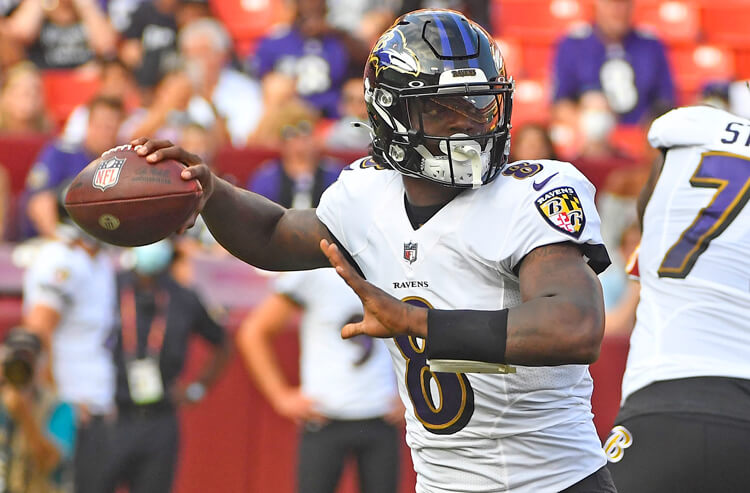