Survivor pools are back with the NFL season, and Covers' Jason Logan is piloting us through the biggest pool in Vegas with Circa Sports. Get his Week 1 survivor picks as we break down our NFL survivor pool strategy.

I’ll be straight with you. I’m no Survivor Pool expert.

In fact, the last time I took part in an NFL Survivor Pool, Kanye West was rapping about pink polos and Gucci backpacks – not whatever the hell “Donda” is about. But I do know a thing or two about odds, a little about probabilities, and a lot about digging up value where no value is seen.

That’s why Covers put me behind the wheel of our weekly NFL Survivor Pool selections, including Week 1 survivor picks for the opening slate of pro football games.

I’ve done some reading and writing on the best survivor pool strategies – one of which could be to pick whoever the Texans or Lions are playing that week. I’m sure I’ll go to that well a few times over the course of the schedule.

And to make sure there’s some skin in the game (because pools are sports betting too!), I’m taking part in the Circa Survivor Pool in Las Vegas with a chance to win $6 million if I’m the last entry standing.

Hey, Covers marketing team, do I get to keep the $6 million if I win? That’s something that should’ve been discussed before I started writing this thing…

Oh, well. On to my favorite Week 1 survivor picks.

The Vikings are around -165 favorites on the moneyline to win this road trip to Cincinnati straight up, giving Minnesota an implied probability of 62.26 percent.

The Vikes aren’t among the most popular survivor pool picks on the board, but aren’t a reach by any means, sitting around 2.6 percent in terms of popularity for Week 1. Its probability isn’t that far off of teams like Carolina (68.25%) and Kansas City (72.97%), which are drawing a lot more pool picks in the opening week.

Minnesota is expected to rank among the top defenses in the NFL this season and has plenty of weapons on offense, giving solid support to hot-and-cold QB Kirk Cousins. I do hate burning up a team that has two matchups versus Detroit down the road, but I can always pull the ripcord on Houston’s opposition in those weeks.

There are no big injury questions hanging over the Vikings in Week 1 (LB Anthony Barr could be on a snap count), so I feel confident locking it in now (written on Thursday). That said, you should always make your selection closer to the pool’s deadline, as to avoid any late-breaking news that could impact your opinion. As per the rules for the Circa Survivor Pool, once the pick is in – it’s in. No takebacks.

The Rams are -360 moneyline favorites hosting the Chicago Bears for Sunday Night Football in Week 1. And while that implied probability (78.26%) is the same as the rival 49ers’ game in Detroit, we feel a little safer knowing that this matchup is being played in SoFi Stadium, which will welcome fans for the first time in the regular season.

The Bears are going with veteran QB Andy Dalton under center and face a vaunted L.A. defense that collected 52 sacks in 2020 and ranked high in run and pass defense. On top of that, Rams head coach Sean McVay is 8-2 SU when giving six points or more at home to NFC opponents since 2017.

The Buccaneers have the highest implied probability in Week 1, but play Dallas Thursday and the Cowboys – despite the growing odds – can at least go blow-for-blow with Tom Brady & Co. on offense.

Here’s a look at the Top-5 favorites in terms of moneyline odds and implied probability for Week 1:

At first glance, I gravitated toward Carolina and its homestand with the New York Jets in Week 1. It all sounded good: revenge game for Sam Darnold. Yum! And while I do like the Panthers in this matchup, there are a few things that are cause for concern:

1. The Panthers have a game against Houston in Week 3 and it’s nice to have that in your back pocket.

2. A lot of other people like the Panthers as their survivor pool pick in Week 1 – like, almost 11 percent of entries. Carolina is currently the fourth-most popular selection, so this could be that Week 1 game that blows up a good chunk of your pool.

3. A revenge angle around Darnold isn’t enough to push me over the edge with Carolina boasting a win probability of 67.74 percent versus a Jets team that’s kind of a mystery.

As mentioned above, I’m relatively green when it comes to survivor pool planning, but I want to make sure not to paint myself into a corner later in the season. That means trying to avoid some big favorites in the opening few weeks, so I can lean on those heavy hitters later in the championship rounds.

The Circa Survivor Pool has a couple of unique wrinkles thrown in to keep you on your toes, including using Thanksgiving Thursday in Week 12 and three Christmas games (Thursday and Saturday) in Week 16 as separate slates, meaning you have to be careful not to burn through those teams involved before then.

And of course, we could just go tit-for-tat on whoever is playing the lowly Lions and terrible Texans week after week. We’ll call that Plan B. 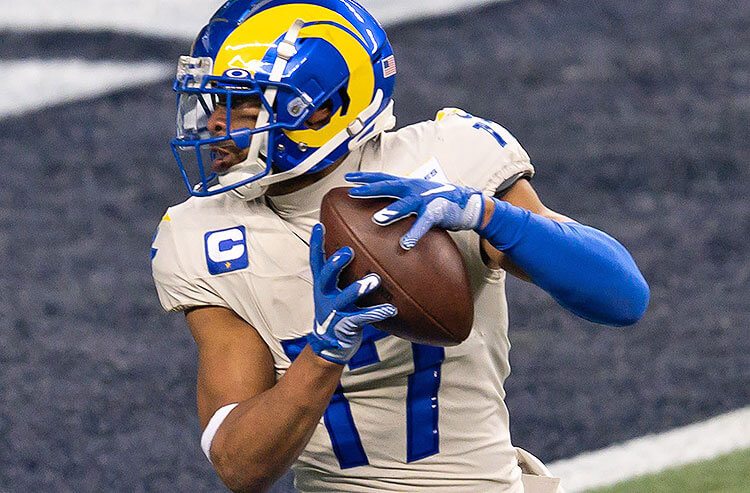