In what is already a tough week with some survivor pools separating Thanksgiving games from the weekend, this week is made extra-tough with nothing even resembling a sure thing on the board. We try to make sense of it all and help you get through Week 12.

If your NFL survivor pool were a video game, Week 12 would be that one crazy-difficult level that you just keep dying on.

Think World 8-3 from the 8-bit Mario Bros. with the god damn turtles that throw the hammers. How many times did you Gronk spike that Nintendo controller into your living room floor out of frustration?

You may be swapping out the video game buttons for the remote control when it comes to your NFL Week 12 survivor pool picks. There are no layups on the board, with only one team favored by a touchdown (and that’s Dallas on Thanksgiving).

And, depending on how your pool is shaped, the three-game holiday slate may be a week of its own (like in the Circa Survivor Pool in Las Vegas). That format limits your Thanksgiving selections to those six teams in action (many of which are hot garbage right now), then trims the rest of the week to just 24 teams – a good chunk of which you’ve already burned up.

Staying alive to Week 12 has been an achievement on its own this crazy season, so pat yourself on the back if you’ve made it this far. And if your survivor runs comes to an end this week, at least you can eat your feelings at a Thanksgiving feast.

Ballsy survivor pool players had this matchup circled since the 2021 schedule dropped in the spring and as it stands midway through the week, nearly 4 percent of poolies have picked the Houston Texans to knock off the New York Jets at home in Week 12.

Yes, Houston is ripe for a letdown off its upset of Tennessee last weekend. But the Jets have lost three in a row and have been rotten on the road, with an average points per play margin of -0.252 as a visitor – dead last in the league.

In terms of the Texans’ actual chances of winning outright, Houston owns a win probability of 59.18 percent versus the Jets. That may not look like much, but it’s on par with a number of top teams in Week 12 and those clubs aren’t playing Gang Green.

The Cowboys are the big dogs on the block in Week 12, boasting an implied win probability of 76.74 percent hosting the Las Vegas Raiders on the Thanksgiving Thursday. Dallas does have some key skill players injured/out and has a checkered success rate on the holiday but faces a Raiders club on a three-game swoon with a total of just 43 points during that skid.

The Cowboys are the popular pick of Week 12 as well, with many poolies holding on to America’s Team deep into the schedule and have drawn more than 15 percent of survivor pool selections. If your pool separates the Thanksgiving games from the rest of Week 12, Dallas checks those boxes and is one of just two teams with a winning record playing on Thursday (Buffalo is the other but you likely picked the Bills a few weeks back).

Dallas has OK future value but does play four of its last six contests on the road and has a tendency to struggle in December/beyond, so this is a smart pick – and the safest pick – on the Week 12 board.

Here’s a look at the Top 5 favorites, in terms of moneyline odds and implied probability, for Week 12:

If you still have the Bills in your survivor pool holster, don’t waste them in Week 12. Not only is Buffalo playing on a short turnaround after a disaster of a game in Week 11, but this will be the team’s third road game in four weeks and its fourth game in 19 days.

The Saints looked bad for three quarters in Philadelphia last Sunday but showed life with a 22-point fourth-quarter push. New Orleans comes back home looking to get right and has been a home pup just 15 previous times since Sean Payton donned the headset-visor combo back in 2006. This is still one of the league’s elite defenses, ranked No. 5 in DVOA.

On top of that nasty schedule twist, the Bills have a massive Monday night meeting with the rival Patriots at home in Week 13. Buffalo owns one of the highest win probabilities on the board – which isn’t saying much in Week 12 – but boasts better future value for the home stretch. 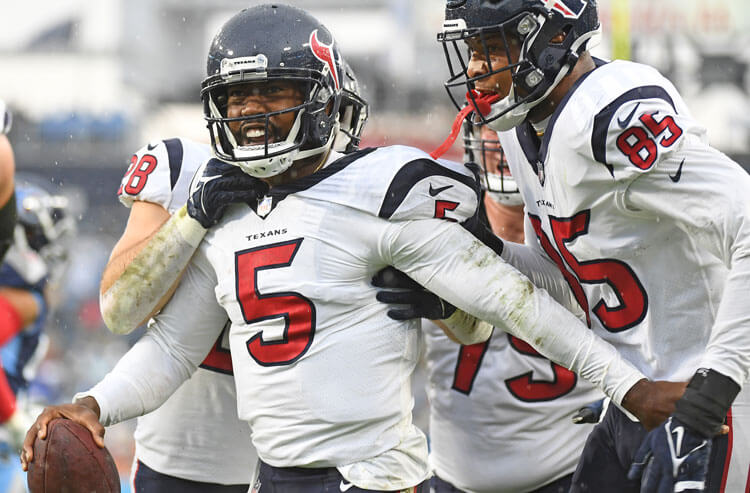