The Steelers are looking to get Diontae Johnson more involved in the offense going forward, and we're banking on the Pittsburgh wideout to be targeted on Monday night. Read more in our Steelers vs. Colts betting picks. 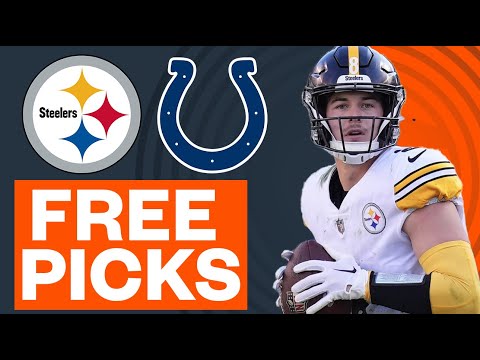 The Indianapolis Colts have stunned their last two opponents after a controversial coaching change, beating Las Vegas and taking Philadelphia down the wire last weekend.

Are the Pittsburgh Steelers in for a surprise when they visit Lucas Oil Stadium for Monday Night Football in Week 12? Interim head coach Jeff Saturday has sparked Indianapolis to back-to-back NFL betting paydays as an underdog, but now the Colts are set as short home favorites in primetime.

Pittsburgh enters this matchup with just one win in its last four contests and is just 1-4 straight up on the road this season.

I break down the point spread and Over/Under total for Monday Night Football and give my best NFL picks and predictions for Steelers vs. Colts on November 28.

Also, be sure to check out Josh Inglis' MNF prop bets and Robert Criscola's spotlight player props for Matt Ryan.

Steelers vs Colts picks and predictions

If you read my weekly NFL Underdogs column (which maybe you shouldn’t, considering my current record), you’ll see I’m taking the points with Pittsburgh in this game. The bulk of that handicap leans into the Steelers' defense — primarily T.J. Watt — and what they can do against the Colts’ poor pass protection.

But I also believe there’s an opportunity for the Pittsburgh offense to shine as well, looking at the passing game and, more specifically, receiver Diontae Johnson.

Johnson sits second on the team in receiving yards but tops in targets by a large margin, averaging just 8.9 yards per reception. He finished with four grabs on five targets for only 21 yards in the loss to the Bengals last week — staying below his prop total of 50.5 yards — and has gone Under this receiving yards prop in four of the last five games.

He’s admittedly felt ignored at times in this passing game since Kenny Pickett took over under center. Yet, according to the analytics gurus at FiveThirtyEight, he’s among the “most open” receivers in the NFL, behind only A.J. Brown, Darius Slayton, and Tyler Lockett.

“He’s a guy we want to get the ball more,” Steelers offensive coordinator Matt Canada told the media. “He’s important to our offense. Kenny has to read it out, and we will continue to work to get him the ball. We understand how talented he is.”

This Week 12 run-in with the Colts could be that game that Johnson finally breaks out. Pittsburgh has been leaning on the rushing attack a lot in recent weeks but goes up against a stout Indianapolis defense that will force the Steelers to throw the ball more.

Pickett is coming off an impressive performance against the Bengals, connecting on 25 of 42 passes for 265 yards and one touchdown, and now takes his air attack to the fast track inside Lucas Oil Stadium — the first indoor action for this Steelers offense all year. That’s a factor oddsmakers aren’t baking into the offensive odds.

Johnson’s Week 12 prop total was holding at 50.5 the past few weeks but has been adjusted down to as low as 43.5 yards for Monday Night Football. He sits sixth in total snaps among WRs in the NFL and 10th in total targets. If Canada keeps his word, Johnson should play a bigger role and top his modest receiving yards prop.

A) Jonathan Taylor and Michael Pittman to score a touchdown, and Indianapolis Colts to win BOOSTED to +600 at bet365! Bet Now

The Colts opened as big as 3-point home favorites on Sunday night, with oddsmakers convinced after Indianapolis's win over Las Vegas and a strong showing in a last-minute loss to Philadelphia. However, early action faded those results and quickly moved the Colts off the key number of a field goal and down to -2.5.

Pittsburgh has drawn sharp consideration the past two weeks, with linebacker T.J. Watt injecting the pass rush with punch and the Steelers offense anchored in the run. That said, Pittsburgh came up short versus Cincinnati last week, losing 37-30 after that spread moved from Steelers +5 to +3.5 at closing.

Indianapolis’ last two weeks are tough to trust, considering how bad this team was to start the year. The move to hire Saturday drew a lot of ire, but Indianapolis has responded, moving back to veteran QB Matt Ryan. He’s been helped out a lot by the run game of Jonathan Taylor.

The big reason Indianapolis is laying points is the defense, which ranks No. 7 in EPA allowed per play. The Colts' stop unit has allowed 20 points or less in seven of their 11 games this year and slowed the Eagles’ mighty offense to just 5.1 yards per play and 17 points in Week 11.

According to Covers Consensus, 65% of picks are selecting the Colts for Monday night.

The Over/Under for this primetime matchup hit the board at 40.5 points on Sunday night and has slowly ticked down to 39.5 at many books as of Friday. Covers Consensus is showing 51% of picks on the Over for the Week 12 finale.

The respective defenses are the stars of the show in this Thanksgiving Week capper. The Colts sit 10th in DVOA at Football Outsiders, with a very strong run-stop unit that ranks No. 5 in ESPN’s Run Stop Win Rate. The Steelers are also mighty against the ground and pound, sitting seventh in Run Defense DVOA and allowing the fifth-lowest EPA per handoff in the league.

That doesn’t bode well for either offensive playbook, which leans on the rushing game. Indianapolis has gotten back to handing off to Taylor for 4.9 yards per carry the past three outings, while Pittsburgh has also seen success on the turf, picking up 5.1 yards per run in its last three games. Pace-wise, these two teams rank Top 10 in seconds per play but sit 30th and 31st in points per play on the season.