It hasn't been a fun season for Mac Jones, but he'll get a chance to bounce back against a weak Minnesota passing defense on Thursday night. Find out why the New England QB headlines our Patriots vs. Vikings prop picks. 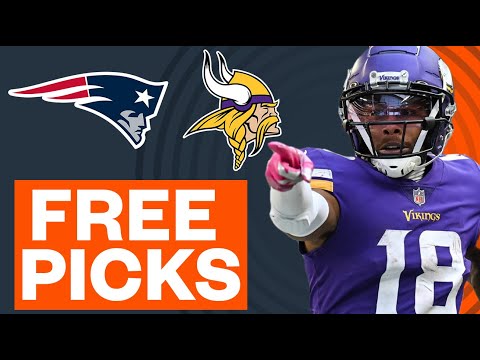 Thanksgiving ends with a game that might surprise many with its pace and offense as the Minnesota Vikings host the New England Patriots inside U.S. Bank Stadium.

The books are down on both teams’ passing prospects, but with the shape of Minnesota's secondary and some of the Vikings' weapons on display, there could be a good amount of pass volume that isn’t accounted for.

Mac Jones has a lot of things going for him in terms of passing volume Thursday night. He has the game script as a slight dog, an indoor environment, and a very good matchup against a banged-up and weak Minnesota secondary.

Even last week, when the New England offense failed to score, Jones still completed 23 of 27 passes. In fact, in all six games that Jones has started and finished this season, he’s made at least 21 completions. He is throwing plenty of high catch-rate passes to Rhamondre Stevenson and now faces a bad secondary in Minnesota that got roasted last week.

The Vikings are allowing an average of 24.3 completions per game which is why THE BLITZ has Jones projected for nearly 24 completions. Minnesota also has some injury concerns in the secondary, with Andrew Booth and Akaylab Evans both questionable. Dak Prescott just dunked on the Vikes last week, going 22 for 25 and taking a breather in the final quarter.

With seemingly everything in Jones' favor, this is an Over I’m very confident on.

Since coming over from the Lions, T.J. Hockenson has seen at least nine targets in all three games with the Vikings and has totaled 21 total receptions, with five being the fewest he’s caught. He's been a huge part of this offense and will likely be asked to shoulder another big load with New England’s No.1 EPA/dropback defense making life difficult for Justin Jefferson.

The tight end has garnered a 24% target share in his first three games with Minnesota. Hockenson now has an indoor matchup in a game with a projected neutral game script, which means optimal passing conditions.

The Patriots held Hockenson to a single catch on four targets in a Week 5 meeting, but New England won’t have the benefit of spending lots of resources on him with all the other weapons this Minnesota offense has.

With the issues that Minnesota is having in the secondary, the Vikings will need to pass all game. This should keep Hockenson involved for all four quarters.

Sealing the deal could be a common theme for Thursday’s nightcap. The Patriots have one of the worst red-zone scoring percentages in football at 42.86%, which is only better than the Broncos on the season. It’s been even worse of late, with that number dropping to 28.57% over the last three weeks, which IS the worst mark over that stretch.

The Vikings’ offense isn’t at the same level of putrid as the Pats, but scoring inside the 20 at 33.33% over the last three weeks is, quite frankly, pathetic.

Because of this, the Vikings and Patriots are averaging 5.7 field-goal attempts combined per game over the last three games and making 5.0 of those. With the perfect kicking conditions of U.S. Bank Stadium, a projected close game, and a game that might have a faster pace than people think, these stuttering RZ offenses should give way to more FG attempts.

New England kicker Nick Folk missed two kicks of 50-plus yards last week, but the wind was an issue. He’s made at least four field goals on his own in three of his last six games and can do most of the heavy lifting for Over 3.5 field goals to cash.

Minnesota kicker Greg Joseph isn’t a heavy-volume kicker but has also been perfect inside 50 yards this season. 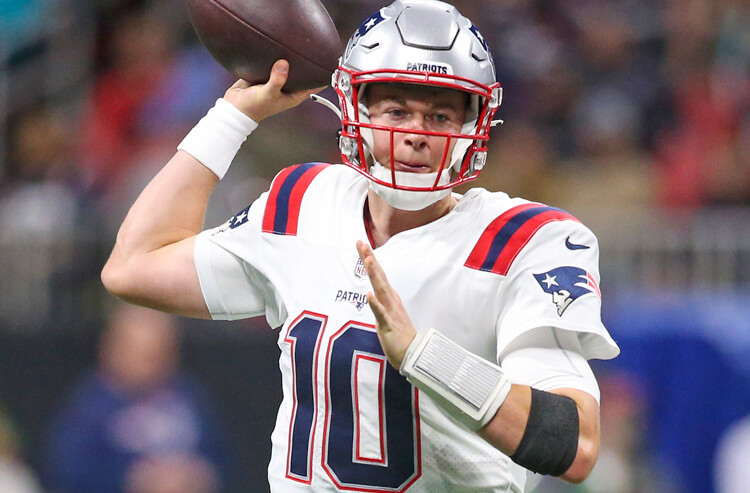