Betting the NFL Coast-to-Coast method is a myth, depending on the day

The Oakland Raiders have already gone to the East Coast for two SU and ATS wins this season, taking down Baltimore and Jacksonville.

One commonly held belief among NFL bettors is that there’s an edge betting against teams that are currently playing well out of their time zones, whether it be one of the five teams on the West Coast traveling out to the East Coast or vice versa.

But is there actually any truth to this theory? We've already seen the Oakland Raiders go West to East twice this season, and not only cover but win outright as road underdogs. The Raiders are once again on the East Coast to play Tampa Bay in Week 8, but stayed in Florida - rather than travel back to Oakland - following their win at Jacksonville last Sunday.

Using data back to 1995 (the point at which the Los Angeles Rams moved to St. Louis) we can investigate whether there's proof behind the coast-to-coast method or if it's just a myth.

Between this year and 1995 there were only four teams that played their home games on the West Coast: the Seattle Seahawks, San Francisco 49ers, Oakland Raiders and San Diego Chargers. So we can look at how these four teams did playing against the teams that played on the East Coast (and were on Eastern Time), of which there are 19 in total.

Three things jump out at me from this table.

1. Teams that have to travel to vastly different time zones, no matter which direction, are less than 50 percent ATS.

2. Games that involve two teams from vastly different time zones tend to go Over more than 50 percent of the time

Another potential angle that we thought would be interesting was to look the win percentage over time, as long distance travel has become more and more comfortable over the years and perhaps that has affected the ATS performance of teams traveling to opposite coasts. Below is a graph of the ATS record of West Coast teams playing on the East Coast:

No real trend there. There are a few years that are somewhat outliers, but there doesn’t appear to be any real pattern. Maybe a slightly upward trend if you look only at the past 10 or so years, but that seems like cherry picking a little.

Along the same line though, we can look at how East Coast Teams have performed on the West Coast over time.

Again, not a trend to really be found. Less variability, for what it’s worth, as most years it is pretty close to 50% ATS.

However, not all games are created equal. Games are played at different times, for example. Unfortunately, I do not have the data for what time kickoff was for these games, so we can’t look at games where a West Coast team is playing a 1 p.m. ET kickoff, where we might expect the effect to be the largest.

However, another aspect of games besides start time that we may want to look at is what day the game is played on. It is reasonable to conclude going into this that for West Coast teams going to the East Coast, playing on Sunday or even Monday may be especially preferable to playing on Thursday, as you have more time to adapt to the time zone difference, or at least you don’t have to play a game on short rest and in a different time zone. So let us break down games by what day they occur on.

There definitely seems to be a trend, but take it with a grain of salt as it is an extremely small sample. Still, West Coast teams playing on Thursday at an East Coast opponent are 0-4 ATS (0%, 0.13 p-value), while those playing on Mondays are 11-1 ATS (91.7%, 0.01 p-value). What might explain this? Logic would suggest that bettors (and therefor the lines) are not realizing how harmful playing early is when you only have a few days to prepare, but at the same time overvalue its effect when you have a lot of time to prepare. Or this is just random noise, which is always a possibility with such small samples.

There is basically no evidence to suggest that the results of East Coast teams playing at West Coast teams depends on the day. Still, this is not surprising – playing later isn’t thought of as being a big of a deal as playing earlier.

Although there doesn’t appear to be a general effect for when West Coast teams play on the East Coast (or, if there is, lines evaluate it properly), the day you are playing on does seem to affect it.

This season, we’ve seen the New York Jets cross the country for a Monday night game with the Arizona Cardinals, only to loss 28-3 as 7.5-point underdogs in Week 6. And, looking at the upcoming schedule, football bettors may want to mark this East-to-West standalone game on their calendar: Monday, November 7: Buffalo Bills at Seattle Seahawks 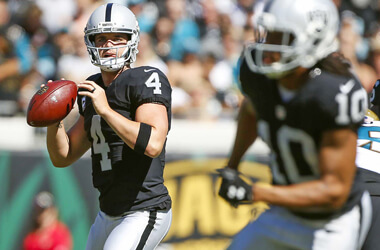 Betting the NFL Coast-to-Coast method is a myth, depending on the day
Provided by

Knowing When to Buy Points on NFL Lines in 2021
Shawn Wronka | Sep 27, 2021
About Us
Contact Us
Careers
Our Team
Brand
Testimonials