Dolphins vs Ravens Week 2 Picks and Predictions: Jackson and Baltimore Continue to Impress

Mark Andrews didn't get the love the Ravens' other targets received last week, but our NFL betting picks see positive regression coming, and great value in his Week 2 props against the Dolphins.

Sunday sees the Miami Dolphins on the road to face the Baltimore Ravens with both teams having won on the opening weekend. The Ravens looked impressive against a poor Jets team, while the Dolphins made Bill Belichick and the Patriots look ordinary.

For this game’s best betting angles, check out our NFL picks and predictions for the Dolphins vs. Ravens on Sunday, September 18.

Dolphins vs Ravens picks and predictions

Sunday sees a matchup between two of the most fascinating teams this season, and two of the most interesting quarterback situations. With great weapons all around him, a clean bill of health, and finally having the trust of the organization, it feels like this is now or never for Tua Tagovailoa, and he needs to show that he’s a franchise QB. Then on the opposite sideline, there’s Lamar Jackson, the former MVP, who has bet on himself and is still playing on his rookie deal with contract talks on ice for now.

Both teams looked impressive in Week 1 with dominant victories, but our best bet is focused around the Ravens, who beat the Jets 24-9 last week and dominated on both sides of the ball. Lamar Jackson answered the critics, if there are any left, with a great performance, throwing for three touchdowns and relying on his arm not his leg, adding just 17 yards on the ground.

The main beneficiaries of that increasing reliance on his arm were Rashod Bateman and Devin Duvernay. Bateman turned two receptions into 59 yards and a TD, showing his big play ability while Duvernay went 4-54-2. One man who didn’t find himself in the endzone was Mark Andrews.

This isn’t the time to cut bait on the tight end, instead let’s dig deeper into his numbers. The 27-year old has become one of the league’s elite TEs, and last season he went nuclear, hauling in 107 passes for 1,361 yards and nine touchdowns.

With Marquise Brown gone, there are now even more opportunities for him, despite the arrival of Isaiah Likely. He is still the most important piece in the passing game and the positive regression will come.

Last Sunday, he ran a route on 94% of dropbacks, a higher number than both Bateman (74%) and Duvernay (53%). Not only that, but he also had the highest percentage of targets per route. He converted those seven targets into five catches and 52 yards, but we can expect him to be integral to the Ravens’ success on Sunday. I’m backing the former Oklahoma TE to get into the endzone again in Week Two, available at a nice +150 price.

A) Mark Andrews Over 74.5 passing yards+ anytime touchdown BOOSTED TO +340 at Caesars! Sign Up Now

The line has stuck with the Ravens being 3.5-point favorites since opening. It’s not the easiest game to call given that the Jets and Patriots both could lay some claim to being the worst team in the AFC after last week’s performances.

The Dolphins are 1-9 ATS against the Ravens in recent years, which shows the dominance that the Ravens have had. However, last November, the Dolphins beat them 22-10 with a strong defensive performance in which their D-line put the pressure on Jackson by dominating the trenches with blitzes and a stacked tackle box.

Tyreek Hill, Terron Armstead and Chase Edmonds were good additions to the Miami offense this season, and against the Patriots they looked more dangerous than we’ve seen in recent years, with a variety of playmakers able to cause damage.

Despite that improvement, I’m a believer in Lamar Jackson and expect him to be amongst the MVP candidates as the season progresses. He will take this Ravens team on his back and find a way to lead them to victory.

When it comes to putting my money down, I’ll take the proven QB over Tagovailoa, who still feels like somebody we don’t fully understand. For that reason, I’m backing the Ravens -3.5

While all the talk in the media, and indeed by me, has been around the offenses of both the Ravens and Dolphins, it looks like both have shown defensive improvements from last year. Brandon Jones balled out for the Dolphins last week, getting six tackles and a sack, while the Ravens look brilliant defensively, even if it was against a Joe Flacco-led Jets.

Personally, I don’t have a strong lean with the points total, but the public money has seen the O/U drop from 45.5 to 44.5 since opening and recent trends would back that up.

The Under is 5-0 in the Dolphins’ last five road games. Find more NFL betting trends for Dolphins vs. Ravens. 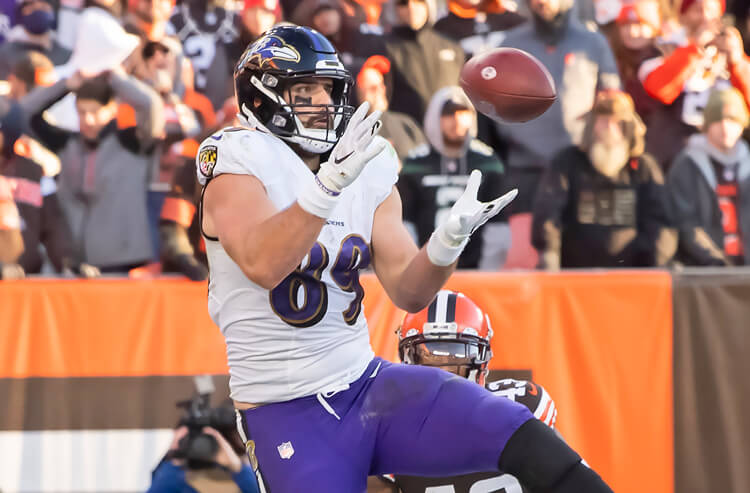 Dolphins vs Ravens Week 2 Picks and Predictions: Jackson and Baltimore Continue to Impress
Provided by