Southern vs Alabama State Picks: All About the Run

While Deion Sanders and Jackson State started their spring college football season a week early, the rest of the Southwestern Athletic Conference gets underway this weekend, starting with a matchup between the Alabama State Hornets and the Southern University Jaguars.

While Prime Time is getting all the headlines, Southern doesn’t want anyone to forget they were a win away from the SWAC title. The Jags will try to remind everyone as they enter Friday’s matchup as 7.5-point favorites.

Check out our best college football free picks and predictions for Southern University vs. Alabama State, with kickoff set for Friday, Feb. 26 at 7:00 p.m. ET.

The forecast is calling for overcast skies with a small chance of precipitation at game time. But, temperatures should be nice, sitting in the mid-60s with an 8-to-10 mile per hour wind blowing towards the northwestern end zone.

Southern is coming off a season in which they went 8-5 overall and 6-1 in the SWAC, winning the West Division. The Jaguars also return arguably the conference’s most dynamic player in quarterback Ladarius Skelton.

Skelton is built like a truck and led the Jags in rushing a season ago. Though he is accurate enough with the ball to make you pay if you don’t respect his arm, to be frank, Southern is all about running the ball down your throat.

The Jaguars led the SWAC in rushing in 2019, putting up 228.6 yards per game at a clip of 5.3 yards per carry. That doesn’t bode well for an Alabama State defense that allowed over 200 rushing yards per game and nearly five yards per attempt.

The Hornets have shown some improvement the last couple of seasons and ended with a winning conference record of 4-3 a season ago. Unfortunately, they’ll have to work in a new quarterback, and their best player is running back Ezra Gray, who could be in for a tough day against a Jaguars defense that was the best in the SWAC in 2019.

While Alabama State has some good skill position players, including wideout Michael Jefferson, getting them the ball consistently could be a problem.

With Alcorn State opting out of the season and thus getting out of Southern’s way, the Jaguars have their eyes on their first SWAC title since 2013 and will look to grind out a solid road win in this matchup. Lay the points with the favorite.

The total for this FCS matchup is sitting at 52.5 and whether or not this game goes Over will largely depend on Alabama State's ability to manufacture points.

The Hornets ranked eighth out of 10 SWAC teams when it came to scoring a season ago, putting up just 22.6 points per game. Now, they will have someone very green under center, which leads me to believe that Alabama State will lean on Gray heavily in this matchup, even if the running is slow going.

When you also consider the fact that Southern will spend most of the game running the football, then it is reasonable to think there will be a bit of an accelerated clock in this one. We’re betting both teams' focus on the running game will have this one sneaking below the number.

Did you know that if you parlayed today’s Southern vs Alabama State picks, you could win $26.45 on a $10 bet? 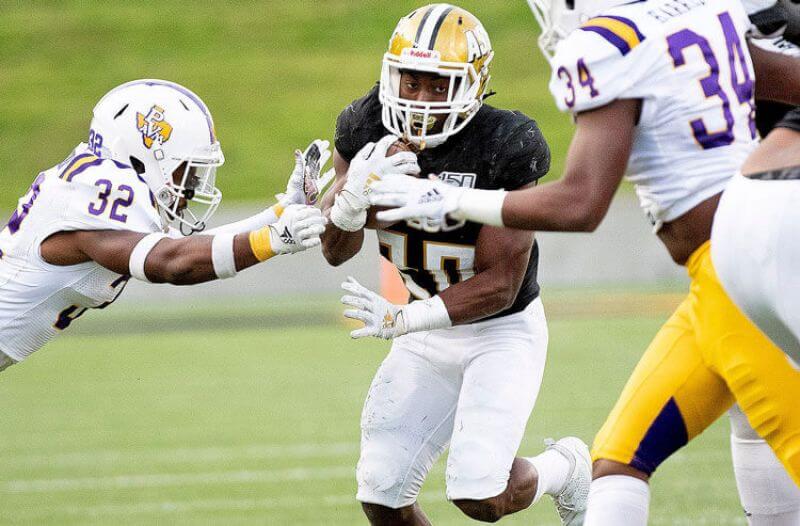 Southern vs Alabama State Picks: All About the Run
Provided by