The Western Carolina Catamounts were one of the few FCS programs to play a handful of games against FBS opponents this fall, and they’ll need to lean on that extra experience when they visit the Furman Paladins in this Southern Conference showdown.

Even with those added games, it may take something divine for the Catamounts to upset the Paladins, who are sizeable 23-point home favorites for this matchup.

Find out who will cover the spread in our best college football free picks and predictions for Western Carolina at Furman, with kickoff set for Saturday, Feb. 20 at 2:00 p.m. ET.

It should be a beautiful afternoon for some spring football at Paladin Stadium Greenville in South Carolina. The forecast is calling for clear skies with temperatures hovering around 50 degrees and minimal wind.

The Western Carolina Catamounts played three games in the fall against FBS opponents, and predictably got spanked in each — predictable because the Catamounts weren’t exactly the class of the Southern Conference a season ago.

Prior to the fall spankings, Western Carolina was coming off a 3-9 season that included a 2-6 mark in conference play. The Catamounts have a lot of holes to fill if they want to see improvement this spring. They ranked dead last in the SoCon in total offense and scoring offense, putting up just 18.1 points per game, while at the same time ranking dead last in scoring defense. That’s not a good combination.

That said, there is some potential on the Western Carolina defense, so it’s likely the offense that will hold them back this spring. In the fall, the Catamounts had four different players throw a pass for them, so they are clearly still trying to figure out what works best for them.

The Furman Paladins, on the other hand, come into the spring with some moderate expectations. The Paladins finished 2019 8-4 overall and 6-2 in the conference, but a late-season loss to eventual conference champion Wofford meant a tough first-round matchup in the FCS playoffs against Austin Peay, where they were thrashed 42-6.

So, the Paladins enter this season motivated, and they should have the offense to avenge the losses. Furman led the SoCon in both scoring offense and scoring defense a season ago, putting up 33.5 points per game while giving up just 20.5.

That offense returns eight starters, including stud running back Devin Wynn, who ran 1,182 yards and 14 scores on 6.6 yards per carry. Despite being a run-first option offense, they still present a threat in the passing game, throwing for nearly 150 yards per contest.

The Furman secondary should be one of the best in the SoCon and should be able to make the Catamounts offense one-dimensional, meaning Western Carolina won’t be able to keep up with the Paladins in this one. Feel confident laying the points with the favorite here.

When these two teams met last season, the Paladins held the Catamounts to just seven points in an eventual 28-7 road victory. We could be looking at a similar result in this one.

Western Carolina scored just 40 points in their three fall games but, of course, two of those games came against FBS teams Liberty and North Carolina. However, as mentioned, scoring could be a struggle for the Catamounts in the SoCon as well. In fact, they were held to 20 points or fewer in regulation in five of their last six conference games.

Mix in the fact the Western Carolina defense should see a little improvement from a season ago and this one should sneak Under the number.

Did you know that if you parlayed today’s Western Carolina vs Furman picks, you could win $26.45 on a $10 bet? 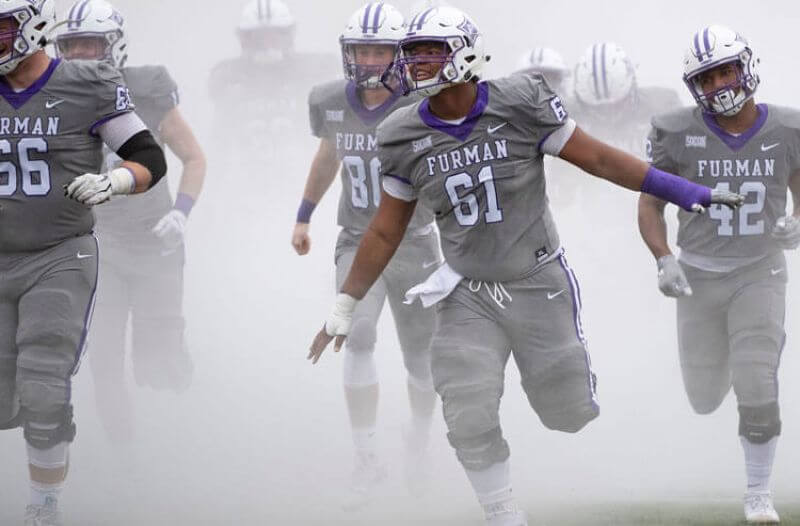