On Saturday, March 6, No. 5 West Virginia hosts No. 17 Oklahoma State at 2:00 p.m. ET. The game will be played at WVU Coliseum in Morgantown, West Virginia, and this will be the last regular season game for both of these teams.

Which of these teams will finish the season with a victory? Keep reading for our Oklahoma State vs. West Virginia picks and predictions.

This line made a signifanct jump this morning at PointsBet USA, after news broke that Oklahoma State's Cade Cunningham (ankle) and Isaac Likekele (hand) will miss today's game. West Virginia opened -7 Friday evening, went to -7.5 early today, then made its way to -10 by lunch hour. That said, the Mountaineers are still only taking 53 percent of tickets and 61 percent of cash on the spread. The total is down to 147.5 from a 149.5 opener, although the Over is attracting 61 percent of bets and 75 percent of cash.

When Oklahoma State and West Virginia met on January 4, the Mountaineers erased a 19-point deficit to earn an 87-84 victory. Now, Oklahoma State has to deal with the uncertainty of Cade Cunningham injuring his ankle. Cunningham hurt his ankle in a loss to Baylor on Thursday, and he’ll either miss time or be limited physically over the next couple of weeks. The Cowboys are lacking in talent already, so any drop in Cunningham’s level of play will make the team a lot worse.

With Cunningham not at 100 percent, West Virginia’s 61st-ranked adjusted defense (all efficiency stats according to KenPom.com) will be somewhat off the hook in this game. If the Mountaineers struggle anywhere, it’s that side of the floor. Offensively, West Virginia should be able to put up points against anybody and Oklahoma State is no exception. The Cowboys are actually very good defensively, as they are 22nd in the nation in adjusted defensive efficiency. However, Oklahoma State was unable to stop West Virginia the first time around, and Deuce McBride and co. should be able to light it up in this one, too.

Keep an eye on the Cunningham news here. If he’s out in this game, there’s just nobody on the roster that would be able to create consistent offense. That would likely mean a big-time blowout in West Virginia’s favor.

These teams combined to score a ton of points in their last meeting, but this meeting should be a lot different. The Cowboys likely won’t be able to get up and down the way they want to, as their floor general will either be out or hampered by an ankle injury. That would mean Oklahoma State would struggle to get it going offensively, and it’d also mean that West Virginia wouldn’t need to push the pace in order to withstand the Cowboys’ scoring barrages.

Did you know that if you parlayed today’s NCAA Oklahoma State vs. West Virginia picks, you could win $26.45 on a $10 bet? 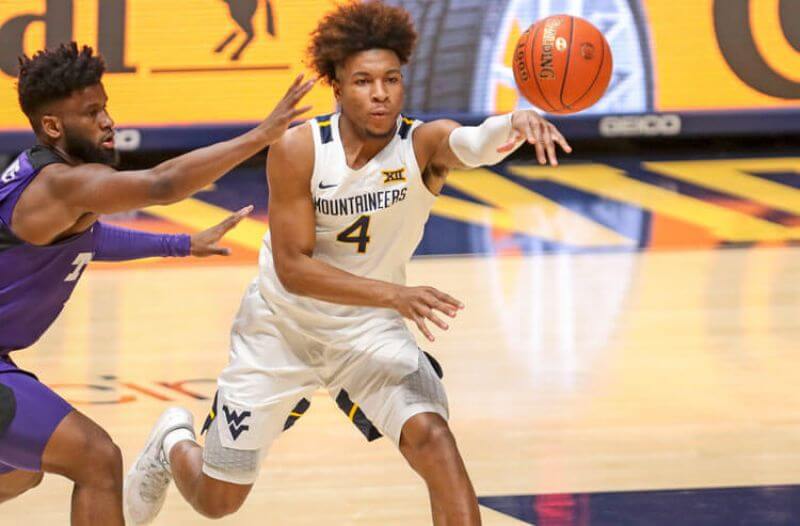