Anyone can end up the hero in the National Championship, but our player prop picks and predictions are looking at the more established guys and breaking down who will thrive — and who will struggle — when the lights are brightest Monday night. 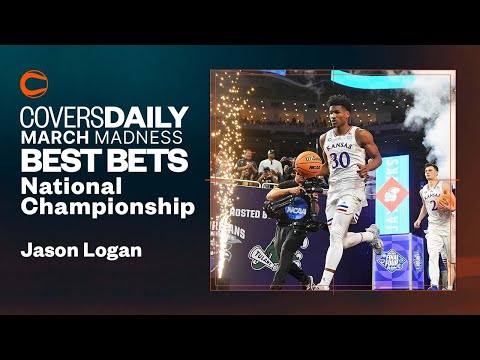 It’s a bittersweet ending to March Madness. With one final game left for bettors to handicap, we scoured the March Madness odds board and selected our three favorite prop bets for the big game.

Check them out below (and read our full breakdown and UNC/Kansas picks and predictions here), as we provide the best props for the National Championship between the Tar Heels and Jayhawks on Monday, April 4.

If you're signing up for a new sportsbook for March Madness, here are two of the best bonuses* available:

A) New users at FanDuel can bet $5 on any March Madness tournament game and win $150 in site credits (30/1 odds) — regardless of if your bet wins or loses! Sign Up Now

This game has a healthy total of 152.5 across most books and the line currently resides at Kansas -4, so both teams are expected to score. Both offenses average an identical scoring output of 78.6 points per game. The Tar Heels rank 18th in KenPom’s adjusted offensive efficiency, while Kansas checks in at No. 8.

With points expected on both sides and this game likely to receive more betting action than any other game of the season, there are many options where the Over may look enticing, but the odds do not reflect the true probability. So, let’s be selective with our bets.

North Carolina’s defense allows a wealth of 3-point opportunities. The Tar Heels rank 254th in 3-point volume against, letting opponents attempt 23.1 shots from behind the arc per game. They aren’t particularly adroit at defending threes either, letting opponents connect at a 34.8% clip — good for only 256th nationally.

When looking at Kansas, there are several player props available for made threes. Naturally, we’re inclined to select the option with the best value on the board with an Over bet.

Junior guard Christian Braun can be had to make at least two 3-pointers for plus money across all books. The 6-foot-6 veteran plays over 34 minutes per night and is trusted with ball-handling duties.

He attempts the second-most threes on the Kansas squad and is a career 37.8% shooter from downtown. We like his odds to splash at least two tonight.

Jayhawks big man David McCormack has been pivotal to the team’s run in the NCAA Tournament. The 6-foot-10 senior is listed at 250lbs and uses every bit of his size, often dominating teams that cannot match up.

Villanova did not have the requisite size and physicality to slow down this force of a forward, as McCormack embarrassed Eric Dixon & Co. He finished with 25 points and nine rebounds in that Final Four meeting, evidence of how he can feast if a team doesn’t have his match from a size and physicality standpoint.

In case you haven’t heard, the Tar Heels have a big man of their own who is more than capable. Armando Bacot has been a force all season long and is one of the best forwards in the country, as evidenced by his 11 points and 21 rebounds against Duke in the Final Four.

He's expected to suit up after injuring his ankle against the Blue Devils. He has the size, physicality, and quality to stymie McCormack and likely get the better of him.

Per Haslametrics, the Tar Heels rank 64th nationally in near-proximity field goal percentage allowed. In layman's terms, they defend the paint well. We’ll be looking at playing McCormack to go Under his point total.

North Carolina guard Caleb Love has earned himself some money in the NCAA Tournament. Considered by many to be a late-first round or second-round pick, Love has helped his draft stock immensely with his great play on the biggest stage.

The guard has come through in the clutch just when the Tar Heels always seem to need it the most and has been impressive finishing at the rim and hitting deep threes with the game on the line.

A five-star guard coming out of St. Louis, Missouri, Love struggled to find his footing in his first year on campus in 2020-21. The athletically gifted guard averaged 10.5 points per game while shooting a ghastly 31.6% from the field.

Things have been much better in his sophomore campaign, as he’s averaging 16.0 points, 3.4 rebounds, and 3.6 assists while shooting much more efficiently.

Love has taken his game to another level in the NCAA Tournament, averaging 20 points per game. He was noticeably quiet in the Baylor game but has otherwise been the motor that makes this offense go.

He should get up plenty of looks and will be relied on heavily, just as he has been in clutch moments for the Tar Heels. If we exclude the Baylor game, he’s averaging a robust 19 shot attempts per game in the tournament. He has chucked a whopping 33 3-point attempts over his last three games alone.

Kansas is capable defensively, but this game has a healthy total of 152.5 and Love will be relied on heavily in this matchup — especially considering the ankle injury that will likely be affecting Bacot. We’re taking Love to go over his points prop. 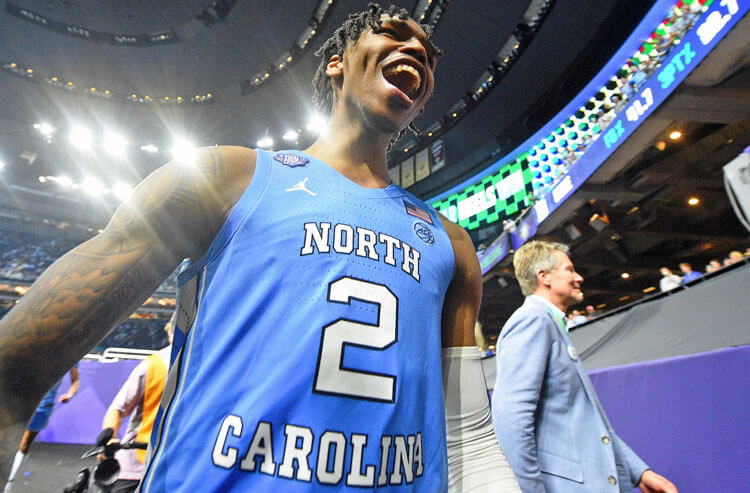