Learn why teams with experienced players and coaches during March Madness are smarter bets than upstart teams full of freshmen.

Year after year the NCAA Tournament reminds us that experience and coaching matter. Then there are those teams that are just so happy to be there that they come out flat in their tournament opener.

You've already grasped the basics of how to bet on March Madness. Now we'll talk about why you might want to shy away from young teams full of talented freshmen and why teams with experienced coaches have a better chance to go deep into the tournament.

This is one of the biggest debates basketball fans – bettors or not – can get into during March Madness. What is worth more: experience or talent? Factor in their worth to the spread and you can quickly get sucked down this wormhole, created by the NBA’s draft rules.

Since players can’t jump to the pros straight from high school anymore – needing to be 19 years old and out of high school for a year before declaring for the draft – the freshman class is often the most talented in college. First-year players good enough for the pros leave school for the NBA – the “one and done” crew – with the leftover, less-talented group forming the sophomore class.

And if those second-year student-athletes aren’t good enough to get drafted or play pro ball overseas or in the NBADL, they stick around the college ranks joining a watered-down junior and senior group of players.

Heavyweight programs like Kentucky, North Carolina, and Kansas get the most exposure, which is an easy sell to a high school kid looking to juice his draft stock in one year of NCAA ball. That’s why you usually see the five-star studs keep landing in the same spots. These are hands down the most talented teams.

Kentucky proved that talent can trump experience with their dominant run to the national title in 2012, fueled by a stellar crop of freshmen, headlined by Anthony Davis. But, on the flip side of that argument, the Butler Bulldogs – out of the Horizon League - made runs to the national title game in 2010 and 2011 with a roster loaded with experience (three seniors, five juniors/five seniors, three juniors).

Perhaps the best way to gauge a freshman-heavy team is the supporting cast. If you have a starting lineup with three of four freshmen, find out who is the upperclassmen rounding out the lineup or who is the sixth man off the bench? Does this player bring enough experience to steady the young kids and step up when needed?

And for a program with a surplus of seniors and juniors, bettors and bracketologists should check into just how weathered those players really are. A group that has lost steadily for two or three years, only to finally make the NCAA, may not know what it takes to get the job done and have only experienced losing – not winning.

Some may think that an experienced team is used to the long and trying college basketball season, where a younger side may see its players hit the feared “freshman wall”. While this theory used to hold water, the key role of AAU competition (Amateur Athletic Union) in helping high school players get noticed by NCAA scouts has made high-level basketball a year-round season for college-bound players.

So, not only are the top freshmen in the country breaking through the “wall” with ease but at this point in the schedule – if they’re lucky enough to be among the field of 68 – they really can’t be considered wet behind the ears.

College sports are often more dictated by who’s on the sidelines than the players on the floor or field. Unlike in the pros, college head coaches have full control over which players they bring in and design a program around the system they want to run. Handicapping a coach is just as important as breaking down a team’s starting five at this point in the season.

Banking on a veteran coach, with plenty of NCAA games under their belts, is a smart move later in the tournament when the pressure is higher and adjustments are premium with the quick turnaround between games. A first-time tournament coach may not know how to react to the intensity of an opening-round game or be clear-minded enough to make key calls and adjustments needed to win.

There is a reason teams like Villanova with Jay Wright, Arizona with Sean Miller, Kansas with Bill Self, and Duke with Mike Krzyzewski always seem to be among the names escaping the first weekend of the tournament each March.

For those capping some lesser-known NCAA contenders, take a look at the head coach’s resume and examine their coaching tree. While they may not have taken this current school to the Big Dance they could have been an assistant with a big-name program, getting on-the-job training when it comes to sealing the deal come tournament time.

Experienced players and coaches who have been to the Big Dance on multiple occasions both come into play when it comes to tournament droughts and bubble teams.

For most programs, making the NCAA field of 68 is a big deal, especially when you find smaller programs that have never been to the Big Dance before or major conference members snapping an extended tournament drought. These teams offer letdown value in their opening game of the NCAA.

For mid-major teams, that perhaps stunned their conference favorite in their respective league tournament, a trip to the NCAA wasn’t in the cards until that conference championship upset. And many times, these mid-major Cinderellas fall flat in their first game with a sense of accomplishment for just making it to the Final 68.

The same fate can easily be in store for major conference programs who have to blow the dust off their dancing shoes following a long hiatus from NCAA play. Despite being a recognizable name, the players can sometimes get caught up in “just being there” and lay an egg when it comes time to perform, not realizing the level of intensity needed to advance in the tournament.

Another group to watch out for are those teams usually shown on CBS Selection Sunday, gathered in the locker room or athletics center to see if they made the NCAA cut or not. Bubble teams that squeaked into the national tournament, either by a late-season run or a few impressive wins in the conference tourney, can also get caught in a letdown after escaping the ax. 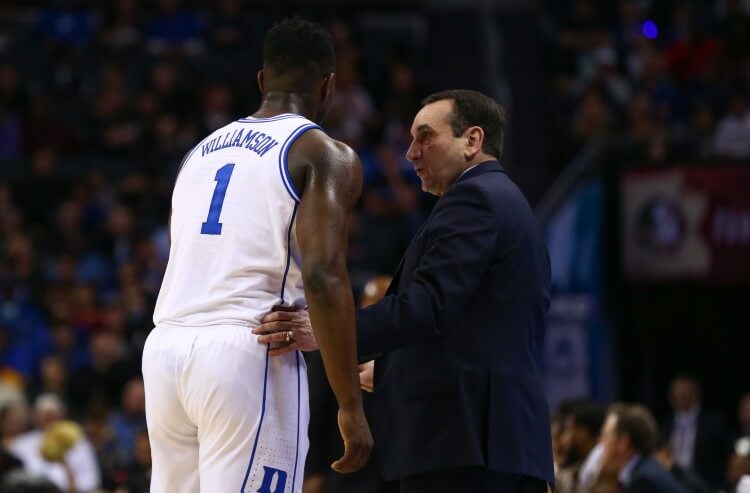