With the distraction of Steph Curry's historic 3-point chase now behind it, Golden State can get back to whupping the opposition. First up is a visit to Boston, which we preview with our Warriors vs Celtics NBA betting picks.

Now that Steph Curry has officially broken the record for most career 3-pointers, the Golden State Warriors can get back to focusing on being arguably the best team in the NBA when they face off against the Boston Celtics.

The Warriors have the NBA’s best record and are laying a few points on the road against a Celtics team that bounced back from a tough West Coast road trip with a nice win over the Milwaukee Bucks.

Here is our free NBA picks and predictions for Warriors vs. Celtics on December 17.

The Warriors opened this matchup as 3-point road favorites and have seen the majority of the early action, moving the line as high as 4 at some books. The total hit the board at 214 and has been bet as high as 216.5.

The Under is 20-6-1 in the Warriors' last 27 games overall and 6-2-1 in the Celtics' in their last nine games as an underdog. Find more NBA betting trends for Warriors vs. Celtics.

Warriors vs Celtics picks and predictions

Maybe now that the pomp and circumstance of Steph Curry’s 3-point record chase is in the rearview mirror, the Warriors can get back to focusing on playing great basketball.

The Dubs have won four of their last five games, but scoring has been down a bit lately, between the team trying to focus a bit too much on getting Curry the record, and opposing defenses selling out on him.

But one thing that didn’t falter in the chase for the record was the Warriors' effort on the defensive end of the floor. This team still leads the NBA in defensive rating and opponent field goal percentage.

The Celtics are coming off a big 117-103 win over the Milwaukee Bucks thanks to a 42-point night from Jayson Tatum. But despite the outburst in that game, the Celtics continue to be an inefficient offense this season.

Boston ranks 21st in offensive rating and 24th in effective field goal percentage. Basically, if they aren’t getting big games out of Tatum or Jaylen Brown, the Celtics aren’t scoring well. And with a strong stable of wing defenders to throw at the Celtics, the Warriors should be able to control this game.

While many are thinking the Dubs are in for a letdown, I think the opposite. They can now just get back to winning basketball. We’re leaning towards laying the points.

For many of the same reasons we like the Warriors in this game, we like the Under, despite the early steam coming in on the Over. This is an excellent Warriors defense going against an inefficient Celtics offense. But there’s more to it than that.

For starters, the Warriors rank just 20th in offensive rating since the start of December. To this point, they have relied heavily on guys like Jordan Poole and Andrew Wiggins, so you know that production can dip at some point.

And the Celtics have done a solid job on defense this season as well. Boston ranks 10th in both defensive rating and opponent field goal percentage.

The Celtics also play at a fairly slow tempo, ranking 20th in pace, and know if they want to win this game, they’ll have to grind out possessions. The Under looks like the play here.

The Under is the play here. The Warriors have been the best Under bet in basketball all season at 20-7-1 (74.1%). Probably because people still think of this team as the high-octane offense of years past and not the elite defenders they are today. The Under is also 13-3 in the Celtics' last 16 games against teams with a winning straight-up record.

There are also some murmurs Steph might get the night off. But even if he does suit up, the Under is the play at this number.

Did you know that if you parlayed today’s NBA Warriors vs. Celtics predictions and picks in a single-game parlay, you could win $26.45 on a $10 bet? 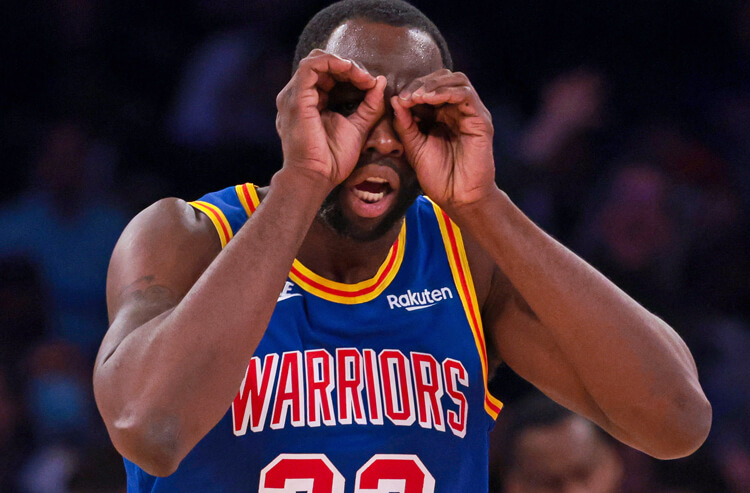