We give a nod to Stephen Curry on a night where he's bound to make history and find value in a couple of injury-related plays with our NBA player prop picks for Tuesday's limited slate.

The NBA won't be so much a league Tuesday night as a health and safety cautionary tale and sideshow to one of its greatest players' manifest destiny.

Steph Curry — who revolutionized the way we play and think about the game with his long-range exploits — is set to become the league's all-time leader in 3-pointers tonight.

And we've got a pick for him to celebrate, along with two other tasty props, in our NBA player prop picks for December 14.

So, obviously, we had to touch on Stephen Curry, on a night where he's a mortal lock to become the NBA's all-time leader in career 3-pointers.

Curry's conquest will be the NBA world's — hell, the entire sports world's — focus tonight, and we know it's where most bettors' eyes will be fixed as well.

Curry's points total sits at a pedestrian 25.5, safely below the 27 he averages on the season. It makes sense, as the matchup with New York projects as low-scoring with the all-too-real possibility of a blowout sending Curry to the bench for the fourth quarter.

But this will be his night, his teammates will be feeding him looks all game, and the 'Bockers won't be able to do much to stop him. The Knicks actually own the NBA's second-worst defense over the past seven games, and on the season, have the league's seventh-highest opponent 3-point rate.

Fans imagining Curry lighting up the Knicks for a 50-burger on his historic night probably have another thing coming, but 25.5 shouldn't be too much for him to top.

Full disclosure: We actually had Harden's Under 40.5 points + rebounds + assists prop as a pick earlier this morning. We didn't like the total against the Raptors' suffocating backcourt and snail-paced tempo.

But since then, Nets All-World gunner Kevin Durant has been deemed questionable for tonight's game (ankle), which the Nets would be wise not to test, given Durant's history of playing hurt and supreme importance to Brooklyn's title hopes. The Nets also have been hit by the latest COVID outbreak, with five players in health and safety protocols.

The juice hasn't yet moved on Harden's counting stats prop as of writing, and with Durant out, The Beard's usage is simply going to be through the roof. Even if the Raptors throw multiple defenders at him and slow the game to a crawl, Big Game James is going to have to do pretty much everything for BK tonight and can impact a game in too many ways for this total to be faded.

Keep an eye on Durant's status and pull the trigger on this instantly if he's ruled out.

For a "three-and-D" wingman, Mikal Bridges has certainly been focusing on the latter of late. Bridges has only hit multiple 3-pointers in two of five games this month, and before that, only hit one in a five-game stretch to close out November.

So, you might think we're a little off our rocker to be targeting Bridges' 3-pointer over tonight, but hear us out.

For starters, Phoenix is missing two starters. Devin Booker and Deandre Ayton are both out tonight, meaning more looks for the rest of the Suns' first unit.

Second, the Suns are playing the Blazers, who allow opponents to shoot threes at a Top-10 rate, while being the NBA's single worst team in terms of opponent 3-point percentage and allowing the third-most points to opposing small forwards. Overall, the Blazers are 28th in defensive rating, the Suns are smart enough to target their weaknesses.

Third, and mostly because he's been such a non-factor from beyond the arc lately, we're getting Bridges at +150 to bury multiple threes tonight. And with Phoenix suddenly playing at the NBA's third-fastest pace (24th last season), we have faith in Bridges to bounce back from long range. 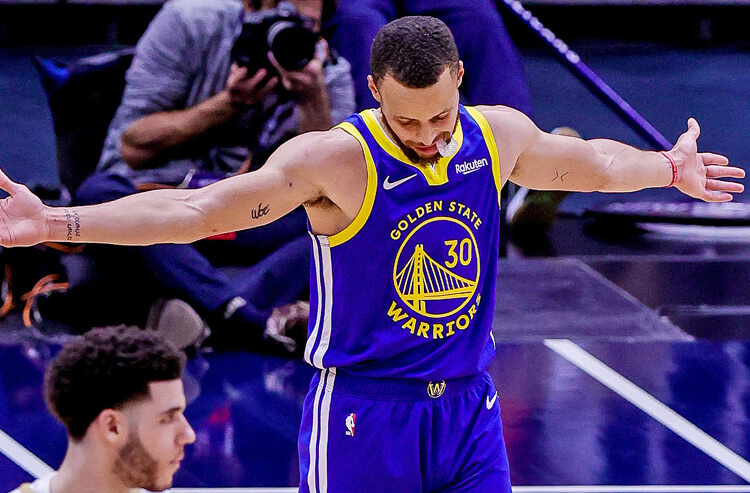