Kristaps Porzingis heads back to his former stomping grounds, as the Dallas Mavericks take on the New York Knicks at Madison Square Garden in New York on Friday, April 2. The game tips at 7:30 p.m. ET and should be played with some playoff-like intensity.

Will Porzingis show out against his old team? Keep reading our Mavericks vs. Knicks picks and predictions to find out how this might play out.

Dallas hit the PointsBet USA odds board at -5.5 Thursday afternoon and inched to -6 this morning. Ticket count is almost even, with the Mavericks at 52 percent, but there's a larger money lean toward the Mavs at 64 percent. The total dipped from 214.5 to 212, then rose a tick to 212.5, with 66 percent of tickets/60 percent of money on the Over.

The Mavericks are 4-1 ATS in their last five road games. Find more NBA betting trends for Mavericks vs. Knicks.

Both the Mavericks and Knicks play at a slow pace, but the difference between the teams is that Dallas is 10th in the league in offensive rating and New York is just 23rd. When push comes to shove, the Mavericks still have Luka Doncic, and that means that the Mavericks are essentially guaranteed an elite offense, regardless of who he is surrounded by. In a game like this, Doncic’s ability to score and set up teammates is going to really make a difference, as the Knicks don’t quite have the firepower to keep up with him.

Kristaps Porzingis also happens to be playing well lately, as the former Knick has averaged 20.3 points, 10.3 rebounds and 1.6 blocks per game in March, and he did so on 48.1 percent shooting from the floor and 39.7 percent shooting from three. Porzingis was huge for Dallas in Wednesday’s victory over Boston, and he should be similarly effective in a game like this. His rim protection will be especially important tonight, as he could make life difficult on Julius Randle, who has been a monster offensively this season.

Jalen Brunson is another player to keep an eye on here. Brunson had 21 points against the Celtics on Wednesday, and he did so on 8-of-10 shooting. He’s the type of guy that could light New York up, as he’s a savvy player and should be able to take advantage of playing against this Knicks backcourt.

As previously mentioned, these teams both slow the game down and prefer to execute in half-court situations. You’ll rarely catch them running up and down the floor, which definitely makes the Under seem like the more sensible play tonight. Also, this number is so alarmingly low that it looks like the oddsmakers are begging bettors to take the Over. That’s not a trap you want to fall into.

Porzingis is going to be somewhat emotional returning to the Garden, and that could ultimately end up leading to some adrenaline-fueled misses. However, he’s been playing so well as of late that this just seems like the right play to make. The Knicks really don’t have anybody that can match Porzingis’ blend of shooting and size, so it wouldn’t be surprising if he scored at least 25 or so tonight. 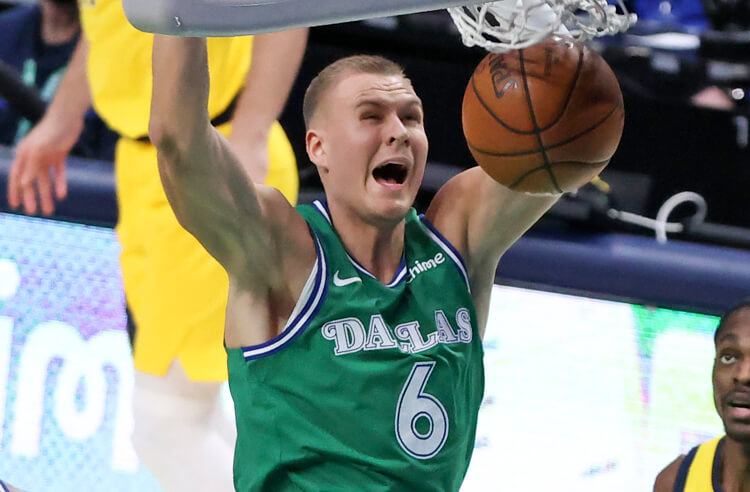 Mavericks vs Knicks Picks: MSG Homecoming for Porzingis
Provided by