Baseball's two hottest teams collide Monday when the Braves host the Yankees. MLB betting lines have this basically as a coinflip, but Huascar Ynoa's pitching profile is the perfect matchup for the New York lineup, making us lean towards the ATL tonight.

The New York Yankees are one of the hottest teams in baseball, but they'll test that streak against the only club that might be even hotter — the Atlanta Braves.

Both clubs have been racking up the Ws lately, so it's no surprise that MLB betting lines have this game as a flat pick'em.

Who will take the first leg of this mini two-game set? Get our thoughts with our free Yankees vs. Braves MLB picks and predictions for Monday, August 23.

Jordan Montgomery (4-5, 3.77 ERA): Montgomery has been a steadying presence in the Yankees rotation all season, giving up more than three earned runs in a start just once in his last 14 outings. After missing two weeks while on the COVID-IL, the veteran lefty returned on August 17 and gave up three runs on five hits over 4 2-3 innings in a win against Boston. Montgomery is at his best when he gets a sharp break on his curveball and changeup — which account for nearly half of his pitches this season and both generate a near-40 percent whiff rate.

Huascar Ynoa (4-2, 2.70 ERA): Ynoa had emerged early in the season as an ace on the Braves staff before breaking his hand in mid-May. He finally returned last week and looked like he hadn't missed a beat, through 5 1-3 shutout innings against the Marlins. The 23-year-old righty combines a hard fastball with a devastating slider that causes batters to chase — and whiff — a lot. He's also greatly improved his control, with just 2.2 walks per nine innings against 9.7 K/9.

Yankees: Gleyber Torres SS (Out), Gio Urshela 3B (Out), Brett Gardner OF (Day-to-Day), Clint Frazier OF (Out), Miguel Andujar OF (Out), Aaron Hicks OF (Out).
Braves: Travis d'Arnaud C (Out), Ronald Acuna Jr. OF (Out), Marcell Ozuna OF (Out), Eddie Rosario OF (Out).
Find our latest MLB injury reports.

The Under is 12-1 in the Yankees' last 13 interleague road games against teams with a winning record. Find more MLB betting trends for Yankees vs. Braves.

After completing a three-game sweep of the Twins, the Yankees have now won nine straight games and launched themselves into the top Wild Card spot, where they currently hold a 2.5-game lead over Oakland and Boston.

The Yanks have been getting it done with dominant starting pitching, some clutch hitting, and an adequate bullpen,

New York is one of the league's hottest teams right now... but the Braves are the hottest team in baseball. Atlanta comes into this game also having won nine straight but has also claimed victory in 16 of its last 18 games and now leads the NL East by five games.

Now, eight of New York's wins came against the slumping White Sox, sinking Red Sox, and the hapless Twins, while Atlanta's run has featured a lot of bottom-feeding Washington, Miami, and Baltimore, so this will be a good test for how legit these clubs actually are.

Montgomery has been incredibly solid this year, as he usually gives up a couple of runs but avoids having truly crooked numbers being hung on him. That said, he will in tough against a Braves side that has the second-most home runs (45 in 27 games) and fourth-most runs (144) over the last month, with Austin Riley, Freddie Freeman, Jorge Soler, and Dansby Swanson all picking up the slack with Acuna out for the season.

On the flip side, playing in an NL park means the Yankees will have no DH, meaning one of either Luke Voit (.500 average with 11 RBI in last five games) or Anthony Rizzo (.365 OBP and nine RBI in 12 games with NYY) will have to sit. Also, Ynoa's profile (high-velocity fastball + wipeout slider) is the recipe to neutralize right-handed sluggers Aaron Judge, Giancarlo Stanton, and Gary Sanchez.

This game projects to be a coinflip, but with Atlanta's lineup matching up just a little bit better today, we're giving the edge to the home Braves.

We mentioned above that both teams come into this game red-hot, powered by Top-8 offenses over the last month and pitching staffs that are third and fourth in the Majors in ERA over that same span.

For tonight's game, we're more inclined to lean with the arms over the bats. Montgomery will give up a couple of runs for sure but he's been fantastic at limiting the damage and will hand the ball to a rested bullpen that has the third-lowest ERA (2.27) since August 1.

We also mentioned that Ynoa's pitching style (and his penchant for not issuing walks) is New York's kryptonite, meaning he should also turn in a strong effort and will be supported by a group of relievers that have thrown at least 2 2-3 scoreless innings in six of Atlanta's last eight games.

The Under has cashed in four of Atlanta's last five games overall and four of the last five head-to-head meetings as well — and we're backing it to cash again this evening. 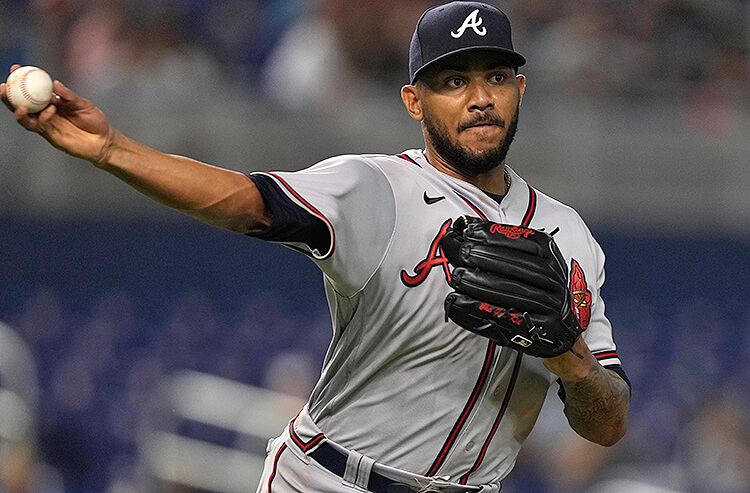