White Sox vs Blue Jays Picks and Predictions: After Losing to Losers, Can Jays Beat A Division Leader?

The Blue Jays have lost to some of the MLB's worst — and now host the AL Central-leading White Sox. Luckily for Toronto, Chicago is also stumbling, so with a strong starter and a potent offense, we like the Jays to get back on track tonight.

The Toronto Blue Jays have dropped four of their last five against some of the weakest teams in baseball, and now they have to host the AL Central-leading Chicago White Sox for four games at the Rogers Centre.

The good news for the Jays is that Chicago is also struggling as it heads into the opener of this series, but Toronto finds itself as a slight MLB betting home underdog as it tries to claw back into the Wild Card race.

Will Toronto start this series off with a win at home? Keep reading our White Sox vs. Blue Jays picks and predictions for August 23 to see our thoughts.

Lance Lynn (10-3, 2.26 ERA): Lynn is coming off an outing in which he gave up just one run in four innings of work against the Oakland A's, but it’s getting to be a bit concerning how early Lynn has been leaving games. Lynn has Cy Young-type numbers this season, but he has only pitched into the seventh inning of a game in one of his last 11 starts — and he has pitched just nine innings total over his last two outings.

Alek Manoah (5-2, 3.34 ERA): Manoah has been a pleasant surprise for the Jays this season, as the rookie has a sub-3.50 ERA and has had multiple starts in which he has struck out at least 10 batters. However, the righty is coming off an outing where he threw just three innings and gave up six runs in a 12-6 loss to the Washington Nationals. That was Manoah’s worst start of the year, so it’ll be interesting to see how he bounces back.

Manoah has just 12 career MLB starts but has already faced Chicago once, giving up just one earned run in five innings of work in early June — his third career outing, in which Toronto won 6-2. That start came on the road for Manoah, who is just 2-2 with a 4.54 ERA when pitching away from home. Manoah is, however, 3-0 with a 1.91 ERA in five starts at "home" this season. The Jays haven’t actually played all of their games at the Rogers Centre this year, but it’s clear Manoah is best when escaping the road environment.

He's bounced back nicely following his previous two "rough" outings this season, so we're looking at him to do the same and give Toronto a quality start in this one — even against a good Chicago offense.

Offensively, the Jays have to be feeling pretty good about their chances of getting to Lynn in this one. The righty has been stellar for Chicago all season long but Toronto has quite a few guys that have given him trouble in the past.

Randal Grichuk is 3 for 10 with two homers against Lynn in his career, while Marcus Semien is 8 for 22 with four extra-base hits against him. On top of those two, the Jays also have their group of talented young sluggers in Bo Bichette, Vladimir Guerrero Jr., and Teoscar Hernandez. Over time, these three will start racking up numbers against pitchers like Lynn, and all three are threats to turn in big performances here.

We like Manoah to rebound tonight, but he isn’t likely to shut out this White Sox offense — but a quality start will give the Jays a chance to win this game... and it also put Over bettors in a good position.

If the righty gives up two or three runs in six innings of work, that leaves some work for the bullpen to do — and that unit hasn’t been great this season. The Jays have a team bullpen ERA of 4.14 and their relievers are fully capable of a meltdown of any time. While Toronto's bullpen could easily cough up three or four runs, what really seals this bet for us is that Toronto’s offense will put up more than that.

Even against Lynn, the Jays have an absurd amount of pop throughout their lineup, and they also have more homers than any team in the league against righties. 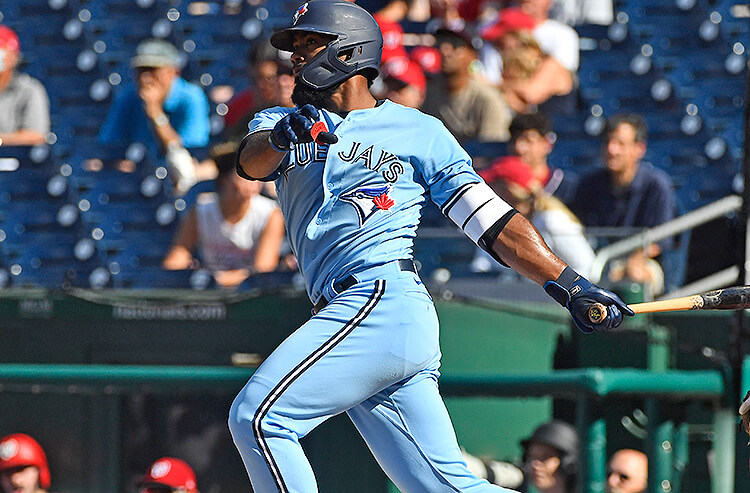 White Sox vs Blue Jays Picks and Predictions: After Losing to Losers, Can Jays Beat A Division Leader?
Provided by