Jose Abreu s heating up after a slow first month, hitting .349/.444/.674 in May, with multi-hit games in five of 13 contests. He mashes lefties and gets a favorable matchup against Minnesota LHP J.A. Happ.

In a pitching rematch from last Wednesday, Dallas Keuchel and J.A. Happ will get the nods for the series opener between the Chicago White Sox and Minnesota Twins on Monday night.

If that game was any indication of what's to come, expect both bullpens to be active in this clash of the AL Central's best against the worst.

Here are our best free MLB betting picks and predictions for White Sox vs. Twins on May 17, with first pitch scheduled for 7:40 p.m. ET.

TwinSpires Sportsbook pegged Chicago a very slim -110 chalk to open, and at 4:30 p.m. ET, the matchup is ostensibly a pick 'em at Chicago -109/Minnesota -108. Ticket count is just beyond 2/1 on the White Sox, while money is just shy of 2/1 on the Twins. "The last-place Twins are attracting some sharp money for the game and the first five innings," TwinSpires trading analyst Zachary Lucas said. The total is up a full run to 9.5, with 72 percent of tickets/65 percent of money on the Over.

Dallas Keuchel (2-1, 4.53 ERA): The veteran left-hander is coming off his worst outing of the season against this very same Twins team. Keuchel was smacked around for six runs and eight hits over 5 2-3 innings but managed to get the win (if you care about those things) because he had plenty of run support on the day. Overall, Keuchel has been shaky and doesn't leave himself a lot of room for error because he does a poor job at missing bats. That said, he's managed to keep his team in the game more often than not and has gone five-plus innings in seven of his eight starts.

J.A. Happ (2-1, 4.26 ERA): Happ was enjoying a strong start to the season... until he ran into the White Sox last Wednesday, the same game that Keuchel struggled in. The lefty was lit up for nine runs on nine hits and couldn't escape the fourth inning in an eventual 13-8 loss. His ERA jumped from 1.91 to 4.26 as a result. Before Chicago crushed him, Happ had allowed six runs over five starts, surrendering two or fewer in each of them.

White Sox: Adam Engel OF (Out), Jace Fry RP (Out), Luis Robert OF (Out).
Twins: Byron Buxton OF (Out), Alex Kirilloff OF (Out).
Find our latest MLB injury reports.

The Over is 6-1 in the White Sox's last seven games as a road favorite. Find more MLB betting trends for White Sox vs. Twins.

The White Sox have lost one series since dropping three of four to the Los Angeles Angels to kick off the season and have won eight of their last 10 games. They looked like the team to beat in the weak AL Central coming into the season and they've been playing like it through the first month and a half of the year, sitting in first place with the best winning percentage and run differential in the majors.

Injuries to Eloy Jimenez and Lance Lynn, and now Luis Robert, have done nothing to slow down Chicago, which is coming off a series split with the Kansas City Royals after winning Sunday's finale 4-3. The ChiSox are a well-balanced team that ranks Top 5 in MLB in FanGraphs' offensive WAR and pitcher WAR, and they also rate as a Top-5 defensive club, as well.

The Twins, meanwhile, have been one of the most disappointing teams in the majors and enter the first game of this series sitting in last place in the Central. They've dropped 10 of their last 12 contests and are already 8.5 games back of the White Sox. Minnesota can hit — though it is without its best player in Byron Buxton, one of the AL MVP favorites — but the club's pitching has been a problem.

Home runs have especially hurt the team, as Minnesota pitchers have the worst home-run-to-fly-ball rate in baseball, leading to the most long balls surrendered and a dead-last ranking in pitcher WAR. While the White Sox haven't been a big home run-hitting team, they are dangerous at the plate and feast on lefties.

The White Sox hit southpaws better than any team in baseball and just pounded Happ less than a week ago. While the veteran southpaw likely won't allow nine runs again, the Twins are unraveling and Chicago is soaring — getting the White Sox as only a slight favorite is not something to pass up.

These teams produced 39 runs over their three-game set last week, highlighted by the 21 that were put on the board in the Keuchel vs. Happ matchup.

The White Sox were silenced by the last lefty starter they faced in Kansas City's Mike Minor, but enter this series opener hitting southpaws better than anyone. Chicago leads the majors in weighted runs created plus, on-base percentage, and batting average against left-handed pitching. Many hitters in its lineup are smashing lefties, including 2020 AL MVP Jose Abreu, who has picked it up after a slow April (batting .349/.444/.674 in May) and has a wRC+ of 183 against LHPs.

As well as Happ had thrown prior to getting obliterated by the White Sox last week, it was a bit of smoke and mirrors. He has the lowest strikeout rate of his career, his worst strikeout-to-walk rate since 2013, an unsustainable home run rate (the lowest HR/FB rate of his career), and the worst xFIP he's ever produced, meaning his run-prevention numbers are expected to be worse than what his performance indicates.

Minnesota might be awful but Keuchel isn't running into a weak offense, as the Twins are a Top-10 team in wRC+ and home runs, and they also hit well against lefties. A lot of balls will be put in play versus Keuchel, who has one of the highest contact percentages in baseball (including the top groundball rate), in addition to the lowest strikeout rate of any qualified starter.

This is a great matchup for both lineups, and Minnesota cashes Overs at the highest clip in the AL. Hammer the Over with confidence. 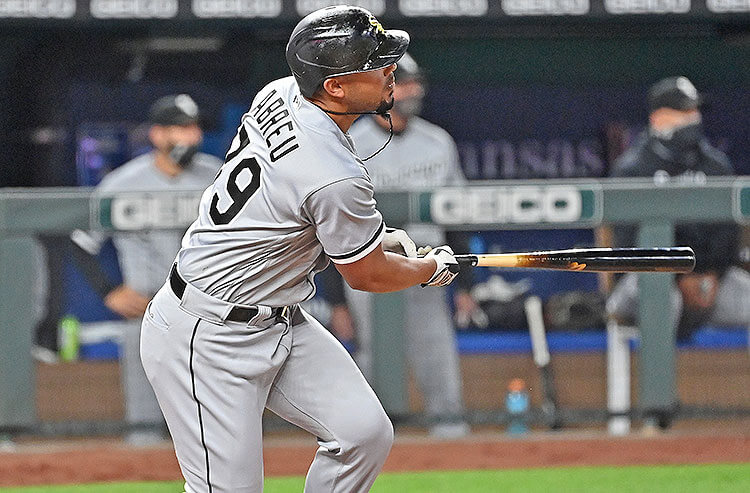 White Sox vs Twins Picks and Predictions: Starters in Trouble
Provided by