White Sox vs Mariners Picks: ChiSox Get Back on Track

Carlos Rodon has struggled with injuries but was once a big-time prospect and looked sharp this spring. He could give a big boost to the White Sox pitching staff if he comes close to his potential.

The Chicago White Sox were one of the betting public’s favorite teams when it came to MLB futures heading into 2021, but an injury to Eloy Jimenez and some poor pitching has led to a 1-3 start.

The Pale Hose will look to get back on track when they begin a series against an upstart Seattle Mariners bunch that took two of three from the San Francisco Giants to open the year.

Check out our MLB free picks and predictions for White Sox vs. Mariners on Monday, April 5, with first pitch scheduled for 10:10 p.m. ET.

Carlos Rodon (2020: 0-2, 8.22 ERA): Rodon was one of the young pitchers the White Sox were hoping to build their future around, then the lefty required Tommy John surgery in May 2019, and it has been a long road back. Rodon returned to the White Sox staff last season, pitching to an 8.22 ERA and 1.57 WHIP over four games (two starts). But Rodon looked sharp this spring and could give a big boost to the White Sox pitching staff if he comes close to the potential he has.

Justus Sheffield (2020: 4-3, 3.58 ERA): Justus Sheffield was the big prize for the Mariners when they traded the “Big Maple” James Paxton to the Yankees back in 2018 (and now they are teammates with Paxton returning). Sheffield lived up to the hype in his first kinda-full big league season, pitching to a 3.58 ERA and a 1.30 WHIP in 2020. The lefty relies mostly on a sinker and slider that are hard to barrel up.

The White Sox offense has done its part so far in the very early goings of this season, scoring 5.94 runs per game, and ranking 11th in batting at .241. Even with Jimenez hurt, the White Sox have a deep and dangerous lineup led by the likes of Tim Anderson, 2020 AL MVP Jose Abreu, Yoan Moncado, and Luis Robert.

While Sheffield is loaded with potential and was very strong down the stretch last season, there are very few breaks in the White Sox lineup. On top of that, not many teams mashed left-handed pitching in 2020 like the Pale Hose did, ranking second in MLB in batting average and OPS against southpaws.

Additionally, it’s hard not to like the returns we saw out of Rodon in the spring. While he may not last long in this matchup, as he hasn’t pitched more than 3 2-3 innings in a start since August 2019, the Mariners ranked dead last when it came to hitting off lefties in 2020. The White Sox have a clear edge in talent and this is a good price on them.

As noted, while the White Sox offense has gotten the job done this season, the pitching hasn’t been up to par as of yet. Even though we are expecting a solid performance out of Rodon, the White Sox bullpen currently has a 5.52 ERA and is giving up a .241 opponent batting average.

Meanwhile, the M’s offense has looked solid through three games, plating five runs per contest in the opening series against the Giants. While the Mariners are only hitting .202, they did an excellent job of working counts against San Francisco, resulting in a .321 on-base percentage. They should be able to continue that against a shaky White Sox bullpen.

Even though the early money has come in on the Under, with a total of 8 we like this game to sneak Over. 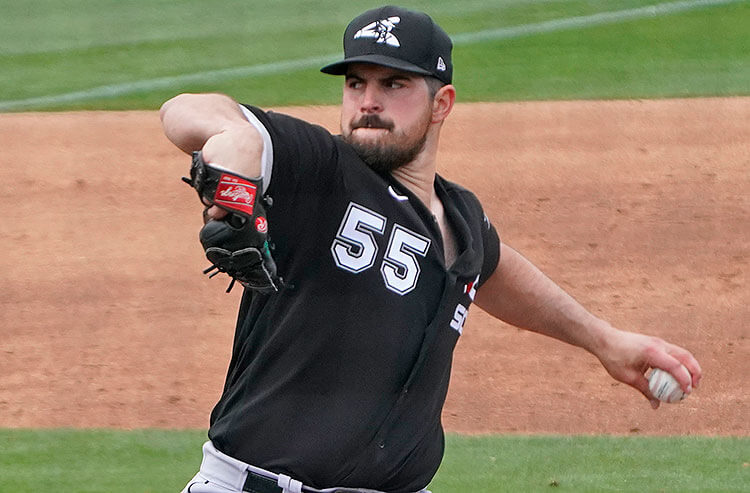 White Sox vs Mariners Picks: ChiSox Get Back on Track
Provided by