White Sox vs Guardians Picks and Predictions: Soaring Over in Sixth City

Two mediocre pitchers and a handful of red-hot bats on both sides make the Over an easy target in our MLB betting picks and predictions for White Sox vs. Guardians — read more below.

The Chicago White Sox and the Cleveland Guardians will begin a four-game series at Progressive Field on Monday night.

The White Sox split a four-gamer over the weekend with the Tigers, and are a decent 6-4 over their last 10 games.

The Guardians, however, dropped their third straight series over the weekend, this time in Kansas City. They’ve now lost eight of their last 10 overall.

Will this one be a walkover for the White Sox? Find out in our free MLB picks and predictions for White Sox vs Guardians on Monday, July 11.

Bookmakers couldn’t figure out who to tab as the favorites initially, assigning matching moneylines of -104 on the White Sox and Guardians for an opening consensus. However, bettors have sided with Chicago so far, knocking them down to the -115 range.

The total was unveiled at 9 but some totals of 9.5 have popped up with action coming in on the Over.

Lance Lynn (1-1, 5.33 ERA): Lance Lynn has an elevated ERA through his first five starts of 2022 despite an average WHIP of 1.33. His .361 opponent batting average with runners on base has been a major contributor to that.

Cal Quantrill (4-5, 3.86 ERA): Cal Quantrill has seen his ERA rise from 3.52 to 3.86 since the start of June, and his spike in home run rate has had a lot to do with it. He’s served up at least one dinger in each of his last six starts, allowing eight homers in total.

The Guardians have dropped each of their last five series-openers. Find more MLB betting trends for White Sox vs. Guardians

Chicago’s superior lineup and bullpen should propel them past Cleveland on Monday night.

A struggling Cal Quantrill – who sports a 5.32 ERA over his last four starts – simply can’t keep the ball in the park of late. Eight of his 11 home runs served up this season have occurred over his last six outings.

The White Sox have been starved for power to some extent this season (26th in taters per game at 0.81), but batters like Jose Abreu and Luis Robert – tied for the team lead at 10 dingers apiece – must still be dealt with by Quantrill. The hitters will have a strong wind at their backs too.

Another issue for Quantrill and Guardians manager Terry Francona to reconcile on Monday is how much exposure the Cleveland bullpen will get here as Quantrill has gone five innings or fewer in three of his last four starts. The Guardians’ relief corps has been atrocious over the last two weeks, authoring a 7.40 ERA. Only the Pirates (7.42) have been worse in that stretch.

Sam Hentges has been particularly ineffective of late, allowing six runs over his first 3 2-3 innings pitched in July for a 14.73 ERA and 3.55 WHIP.

And aside from a 13-run outburst on Saturday, Cleveland’s offense has hit the skids. This lineup scored a total of just 21 runs over their other nine games during their 2-8 cold streak. The potential absence of Josh Naylor (back) for a second straight tilt only adds to the reasons not to back the Guardians in this spot.

The South Siders’ offense must be sure not to rest on their laurels with any kind of lead in this one, as Chicago’s pitching staff has been subpar of late. Over bettors should flock to the windows on Monday night.

Lance Lynn will toe the rubber for the White Sox, and his 5.33 ERA indicates that his season has been disastrous so far. The Indiana native has not fared well against the Guardians’ most talented hitter – Jose Ramirez – as “J-Ram” is 7-for-16 lifetime off Lynn with three round-trippers and seven RBI.

Lynn’s 26-7 strikeout/walk ratio is respectable, but he takes on a Cleveland lineup that’s tops in the majors in strikeouts per game (7.13).

Once Lynn exits, Chicago’s 19th-rated bullpen by ERA in the last two weeks (4.34) will take over. The normally-dependable Kendall Graveman has allowed a run in two of his last four efforts, with six hits and only one strikeout on his ledger in that span.

Joe Kelly continues to struggle with his fourth major-league squad, allowing at least one run in each of his last three appearances, sending his season ERA skyrocketing to 9.95.

Each lineup in this contest boasts a few hot hitters that prop bettors should think about backing, and who should send this game north of the total.

Gavin Sheets has homered in back-to-back tilts for the White Sox and is currently batting .367 in July. Abreu has a .920 OPS through 40 at-bats this month. Eloy Jimenez returned to the Chicago lineup after a prolonged absence and has five RBI over his last four games.

On the other side of the diamond, Franmil Reyes has had four homers and nine RBI for Cleveland since the start of the month, and Ernie Clement is batting .353 (7-for-16) to begin July. Expect some fireworks tonight. 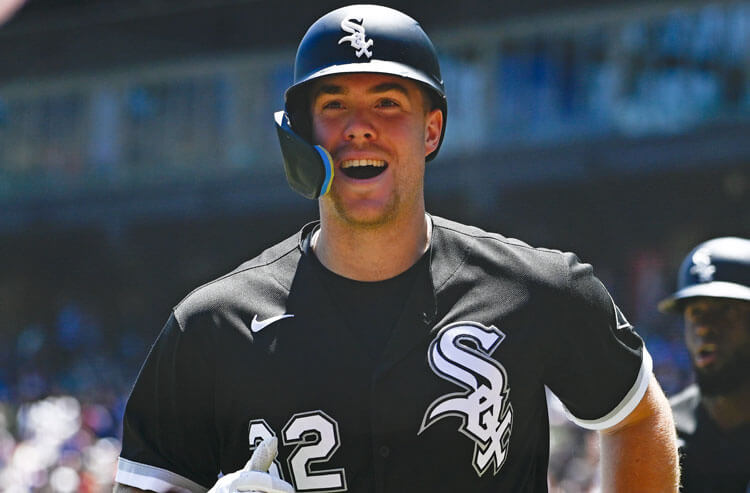 White Sox vs Guardians Picks and Predictions: Soaring Over in Sixth City
Provided by