With two of baseball's best pitchers in Max Fried and Max Scherzer toeing the rubber for the NL East's top squads, we're expecting a tightly-contested affair. However, there's still value to be had, which we break down in our MLB betting picks below.

A big divisional series gets going in Atlanta on Monday night when the Atlanta Braves welcome the New York Mets.

These two separated themselves from the NL East pack and now have 1.5 games between them for first in the division. The Mets own that divisional leader but come into tonight after a series split with the Miami Marlins.

The Braves have been better of late, having won eight of 10, and are fresh off a sweep of the Nationals.

Who will take the first game of this series? Find out in our MLB picks and predictions for Monday, July 11, 2022.

Despite being probably the story of the day in MLB, there hasn't been much movement in this line. The Braves opened as -125 favorites, with the Mets returning around +115. It has pretty much remained there across the board. The lack of movement points to a pretty fair price by oddsmakers.

Max Scherzer (5-1, 2.26 ERA): After missing some of May and all of July with an injury, Max Scherzer returned to action against the Cincinnati Reds. He pitched six scoreless innings and gave up two hits; he also threw in 11 strikeouts. While it's been mostly dominance for Scherzer, there have been a few times where he's looked human this season. In back-to-back starts against the Phillies, he gave up four earned runs on six hits and gave up three earned runs on 10 hits. At his age, you wonder when the dropoff will start to occur. I doubt it's this season in any significant way — pretty much all of his peripherals suggest someone who is still an elite pitcher — but it's something to watch.

Max Fried (9-2, 2.52 ERA): Max Fried has been pretty dominant. There are not many things to nitpick in his game. Fried's chase rate, barrel rate, and exit velocity are all elite along with an xERA that expects him to get slightly better. His slider has been the most impressive pitch in Fried's arsenal this season. It's producing one of the lowest run values of his career at -12, which ranks among the top pitchers in baseball. Fried is also in the midst of his best stretch of the season. He combined his last two starts to pitch for 13 innings and give up one run. Fried can give up hits sometimes, but he's exceptional at raising his game when runners threaten. The perfect example is 10 hits in those last two games alongside that earned run number.

The Under is 3-0-1 in the Mets' last four road games vs. left-handed starters. Find more MLB betting trends for Mets vs. Braves

Mets vs Braves picks and predictions

I cannot shake the overwhelming feeling that Atlanta has had this one circled for a while and will come out ready. The momentum is on the Braves' side to grab the divisional lead, and they've certainly been the better team of late.

I'm not going to kid you and suggest there is some significant pitching edge between either team. These guys on the mound are about as good as it gets. One is at the height of his game in a promising young career, and one is aging like fine wine amid a Hall of Fame career. So when you look at this matchup, you see a few things.

One of those is you figure the Braves will have their fair share of strikeouts. The downside to all that power in the lineup is that you'll swing a bunch and strike out a bunch. The Braves have the fourth-highest swing rate and the fourth-highest chase rates in baseball.

They'll need to overcome that here, but I expect them to. That power may only have to connect once or twice in what figures to be a low-scoring affair.

At the onset, I discussed the potential of a dropoff for Scherzer. It's not really if but when, and there may be just a few signs it's happening now. He's posted the worst run value of his career on breaking pitches. He doesn't throw them a ton, given that the bread and butter of his game is the fastball, but we're looking for an edge here, and that might be the one. Atlanta's slash numbers against breaking balls are fantastic, with a .832 OPS being the highlight. Again, in a game with so few of them, we're looking for small edges, and this is one of my favorites.

I firmly believe the Braves are the better baseball team. From top to bottom, their lineup has more punch, and the better team in baseball wins a random regular-season game around 60% of the time.

However, this isn't a random regular-season game. This is the start of the series where the Braves aim to remind the Mets that they are still kings of the division. I'm just not ready to fade the defending champs in that spot.

I'm riding with the Under in a massive divisional series with the top spot up for grabs.

We've already talked a fair bit about Scherzer, who is still near the top of his game and isn't likely to give up many runs.

While there may be a few spots that the Braves can attack the three-time Cy Young winner, I'm not sure where the Mets can hit Fried. Fried hasn't had a bad start in close to two months. I'm inclined to write off the one against the Nationals as just an anomaly rather than anything meaningful.

Beyond that, Fried has only been challenged by teams with elite hard-hitters, and I don't see much of that in the Mets' lineup. Beyond Pete Alonso and a few others, this lineup has been predicated on stringing hits together more often than not, something that will be hard to do tonight.

New York has been so good with runners in scoring position this season, and that does make you hesitant a bit here, but I trust Fried in these spots more than that aspect.

A look at my projections has this game going Under the posted total around 65% of the time, which gives us a massive edge. There's also the situational aspect of what this series means to each of these teams.

The Mets would feel immensely satisfied if they went into the All-Star break with the lead in the NL East. Likewise, the Braves won't want to fall behind too much further. So roll with the Under in what should resemble a playoff game.

Whichever side you believe is winning, it's a good idea to take the "bands wager" offered by FanDuel, as the nature of this game heavily points to one decided by a small margin.

The pitching matchup makes the gap between these two teams significantly smaller. I can't imagine either team winning this one going away.

As previously stated, I feel confident there won't be enough runs for that, so I'm taking the Braves to win by one or two runs. My projections say the fair price is closer to +150 than what it's priced at tonight. 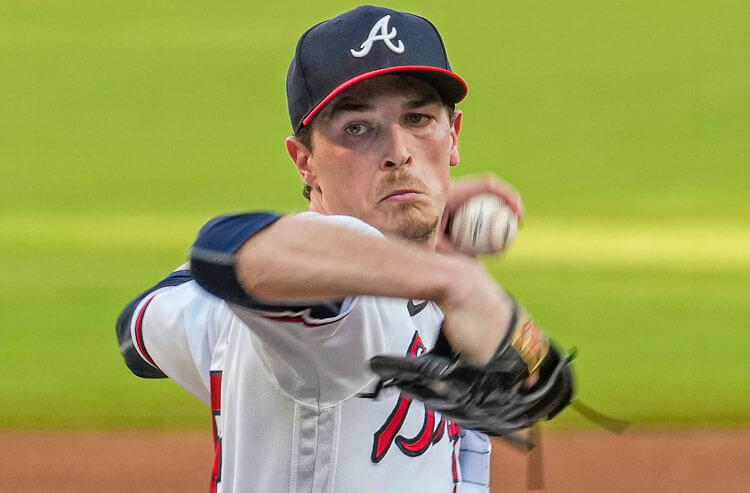