Today's edition of MLB player prop picks goes back to a trusty Max Scherzer and backs an unsuspecting Arizona Diamondbacks hitter to keep up his red-hot July — find out who in our best prop plays for July 11. 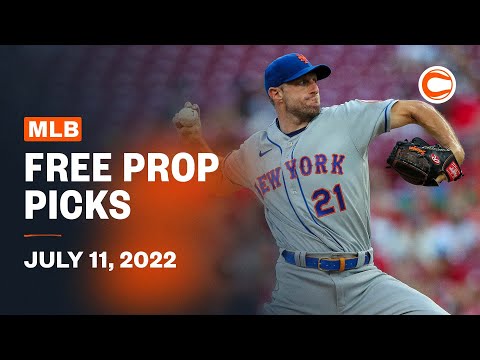 We start the week off with a bit of a lighter day on the diamond with 10 games on the MLB schedule for hungry MLB prop bettors to dig into. But that doesn’t mean there isn’t any less value to be found.

Tonight, we focus on Mad Max Scherzer himself as he takes the ball for the second time after coming off the IL, the Rangers will try to continue their offensive surge against Adrian Martinez and the A’s, and did you know the hottest hitter in baseball plays for the Diamondbacks?

Many baseball bettors will fade a pitcher making their first start after an extended stint on the injured list, but if you did that last week against Max Scherzer, it sure cost you.

Scherzer looked as dominant as ever in his first start since May 18 due to an oblique strain. Mad Max mowed down Cincinnati Reds batters like he hadn't missed a beat. Scherzer held the Reds scoreless while allowing just two hits and striking out 11 in six innings of work.

He’ll look to carry that momentum over into tonight’s start against a much tougher opponent – the Atlanta Braves.

Atlanta comes into this one the winners of eight of its last 10 ball games with an offense that has scored the second-most runs in the National League. However, the Braves' offense has one deficiency. They strikeout. A lot.

In fact, the Braves’ 9.22 strikeouts per game rank 28th in MLB while they own the fourth-worst strikeout rate when facing right-handed pitchers this season.

It doesn’t hurt that Scherzer punched out 18 Braves hitters in 12 innings against them last season. And at plus money, we can’t say no to backing Mad Max’s strikeout prop tonight.

Rangers get to Martinez

Led by a red-hot Corey Seager, the Texas Rangers are hitting like many thought they would after making big moves in the offseason.

Over the last 30 days, the Rangers have had one of the better lineups in baseball. Texas ranks sixth in batting average, ninth in OPS, and wRC+ over that stretch and will look to take advantage of tonight’s matchup against Oakland A’s starter Adrian Martinez.

The 25-year-old right-hander is making just his fourth career start and he has been knocked around in the last two (against the Seattle Mariners and Toronto Blue Jays). Martinez surrendered 15 hits over just 9 2-3 innings in those starts, upping his opponent expected batting average to .317 for the season.

Martinez is not much of a strikeout guy and that could be a problem against a Rangers team that is attacking anything in the zone at the moment. He has also pitched into the fifth inning in each of his starts, so that should give the Rangers plenty of opportunities to tally up some hits against him.

With Martinez giving up at least seven hits in each of his last two starts, getting plus money on the Over 5.5 against a surging Rangers team looks like a solid bet tonight.

You have one guess (without Googling!) to tell me who owns the highest batting average in baseball in the month of July. If you guessed Josh Rojas, you either cheated, or you are an Arizona Diamondbacks fan. Rojas will look to stay hot as the D-backs head to San Francisco to open a series with the Giants.

The 28-year-old Rojas is absolutely locked in at the dish right now. He is hitting .485 with a 1.359 OPS over nine games played in the month of July. That includes nine extra-base hits (eight doubles).

Tonight, he’ll dig in against Giants’ starter Alex Cobb. The right-hander is having a fantastic season but is coming off a game against this same Diamondbacks team back on July 6 where he allowed four earned runs on seven hits while striking out just three over six innings.

Rojas went 1-for-2 against Cobb in that matchup with that one hit being, you guessed it, a double.

Six innings is also the most the Giants are likely to get out of Cobb tonight, who averages 4.75 innings per start. Then he’ll hand the ball to a shaky Giants bullpen that ranks 21st in ERA, 23rd in WHIP, and 28th in opponent batting average.

That means plenty of opportunities for Rojas to go Over his total bases prop tonight, a number he has eclipsed seven times in the eight games he's started this month. 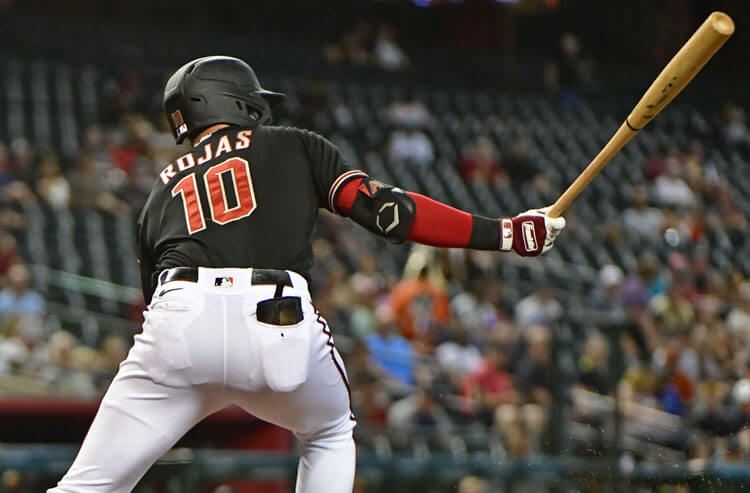