White Sox vs Guardians Picks and Predictions: McKenzie Shuts Down the Sox

The White Sox are in solid form of late, but that creates added value for the Guardians with budding star Triston McKenzie on the mound. See why our MLB betting picks are backing him to keep up his recent dominance.

We have the first matchup of this three-game AL Central intradivisional series with the Cleveland Guardians hosting the Chicago White Sox. This is the 14th meeting between these two teams this season, with the Guardians winning eight of the first 13 matchups (62%).

Will the Guardians take care of business once again, or can the White Sox grab a win as a road underdog? Find out in our free MLB picks and predictions for White Sox vs Guardians on Friday, August 19.

Lance Lynn (3-5, 5.62 ERA): Lynn takes the mound for the White Sox in this matchup for his 13th start of the season. While it has been a tough campaign for Lynn, he’s started to put it together recently. Over his last five starts, Lynn is 2-2 with a 3.34 ERA and 0.92 WHIP. The most noticeable aspect of his improvement has been his command, evidenced by the fact that he has only surrendered two walks over that stretch. Part of what makes Lynn difficult to predict is his vast array of pitches, relying on a six-pitch arsenal this season.

Triston McKenzie (8-9, 3.14 ERA): McKenzie has arguably been Cleveland’s most efficient starter this season, a trend he will look to carry into this game. McKenzie has been dominant recently: Over his last eight starts, he’s 4-3 with a 1.82 ERA and 0.85 WHIP. Only relying on three pitches, McKenzie sets himself up for potential predictability. However, that has not been a problem for the right-hander this season, as all three pitches boast a .255 xBA or lower.

This game series is pivotal in the AL Central division race, and we will be going with the home team. Cleveland enters this game in great form, winning nine of their last 12 games (75%).

I expect this trend to continue in this matchup with right-hander Triston McKenzie slated to take the mound for the Guardians. This season, McKenzie is 8-9 with a 3.14 ERA and 0.97 WHIP. We should not expect regression from McKenzie, who boasts a .313 xwOBA and .233 xBA. On top of that, he enters this game in great form.

Additionally, Chicago is a team that McKenzie has shut down this season. Over his two starts against the White Sox this season, he boasts a 1.80 ERA and 1.10 WHIP. Through 77 career plate appearances against the Guardians’ right-hander, this current White Sox lineup possesses a mere .215 BA, .338 SLG, and .308 wOBA.

Following McKenzie is one of the best bullpens in baseball. Since July 1, Cleveland’s relief pitching ranks eighth in the league in ERA, 13th in BA, 10th in SLG, fourth in wOBA, and second in FIP. Coming off a rest day, the entire pen should be available in this contest.

The White Sox have also been in good form, which is why the betting line is so favorable for Cleveland.

However, Chicago will struggle to score runs against McKenzie and this strong bullpen. Cleveland has had a lot of success against the White Sox this season, a trend I expect to continue in this matchup.

While the Guardians pitching staff should shut the White Sox down, their lineup may struggle to generate runs against right-hander Lance Lynn. As mentioned in the starting pitcher section, Lynn has started to turn his season around recently.

We should expect this to continue against Cleveland, a team that Lynn has had success against in the past. Through 10 career starts against the Guardians, Lynn is 4-4 with a 3.88 ERA and 1.19 WHIP.

Across 113 career plate appearances against Chicago’s right-hander, this current Cleveland roster possesses a .253 xBA and .328 xwOBA. Lynn’s also backed one of the league’s better bullpens.

Chicago’s relief pitching ranks 11th in the league in SLG, 14th in wOBA, eighth in FIP, and ninth in hard hit percentage since July 1. Additionally, Chicago's best relievers should be available as none of Kendall Graveman, Reynaldo Lopez, or Liam Hendriks pitched yesterday.

With all that being said, we can find better bets than the Guardians’ moneyline because Lynn has been throwing better recently, and I could see him shutting down Cleveland.

The one play I’m most confident in is for McKenzie to keep it rolling. Allowing two or fewer earned runs in six of his last eight starts (75%), we should expect McKenzie to go Under his run prop once again.

We’re getting a good line on this prop because of how good Chicago’s offense has been. However, McKenzie has allowed two or fewer earned runs in both of his starts against the White Sox this season. 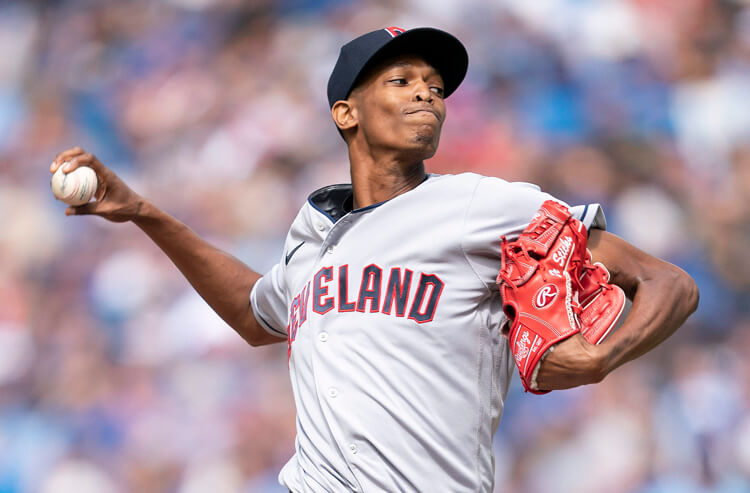 White Sox vs Guardians Picks and Predictions: McKenzie Shuts Down the Sox
Provided by