The Chicago White Sox and Los Angeles Angels wrap up their first series of the 2021 season on Sunday night as they clash in L.A. The two sides split the first pair of games in this series before the Halos mounted a three-run eighth inning on Saturday to come away with a 5-3 victory.

Oddsmakers are expecting a competitive contest with MLB betting lines opening with the Angels as slim -115 home favorites. Here are our best free MLB betting picks and predictions for the White Sox vs. Angels on Sunday, April 4, with the first pitch scheduled for 8:37 p.m. ET.

Dylan Cease (2020: 5-4, 4.01 ERA): The 25-year-old is coming off a mixed-bag sophomore season where he pitched to a 4.01 ERA but had a miserable 1.44 WHIP. Cease has a decent arsenal of pitches but his control needs a ton of work. The right-hander looked great in his final spring training start, striking out 11 batters over 5 1-3 innings against the Rockies.

Shohei Ohtani (2020: 0-1, 37.80 ERA): When Ohtani entered the big leagues in 2018 he took home AL Rookie of the Year honors after flashing rare ability both as a hitter and pitcher. He went 4-2 with a 3.31 ERA in that campaign while slugging 22 home runs. But Tommy John surgery kept Ohtani off the mound in 2019 and he pitched less than two innings last year.

Ohtani seemed sharp as a pitcher in spring training until his final outing against the Dodgers, where he surrendered three dingers and left the game with a blister on his throwing hand.

The Over is 23-10-2 in the Angels last 35 home games. Find more MLB betting trends for White Sox vs. Angels.

There's plenty of uncertainty surrounding the starting pitchers for both teams but Ohtani looks to have regained the velocity on his throws and hit 100 mph during a live bullpen session last month. Although Angels manager Joe Maddon will have to monitor Ohtani's pitch count and make sure the youngster doesn't wilt from a two-way workload, Ohtani still has plenty of promise.

I'm less confident about Cease with the White Sox pitcher struggling mightily with his command. Cease's bread and butter is his fastball but he rarely makes batters miss, with a low strikeout rate, and he walked 34 batters in  58 1-3 innings a year ago.

If Cease lets Angels hitters get on base at his usual rate, he's going to be in big trouble when elite sluggers like Mike Trout and Anthony Rendon step up to drive those baserunners in. Both Trout and Rendon struggled on Saturday, combining for just one hit and four strikeouts in six at-bats, but with hitters of their pedigree you know they will get back to mashing sooner rather than later.

The White Sox are just 2-9 in their last 11 games on the road while the Angels are 8-1 in their previous nine contests at home against right-handed starters. With Chicago also just 5-21 in the last 26 meetings between these teams in L.A., take the Angels.

We hate to keep harping on Cease but there's plenty of reason to think his solid 4.01 ERA last season was a mirage. His FIP rating of 6.36 was among the worst in the league last year and he will now be facing a Halos lineup that averaged a whopping 5.77 runs per game at home in 2020.

However, the White Sox have plenty of talented batters of their own. While the injury to Eloy Jimenez hurts, players like last year's AL MVP Jose Abreu, Yoan Moncada, and Tim Anderson can help generate plenty of offense.

The White Sox were second in the AL in both scoring (5.03 runs per contest) and OBPS (.778) last season. Now they'll go up against a talented but recently unproven starter in Ohtani, along with an Angels bullpen that has a ton of question marks after a massive offseason overhaul. 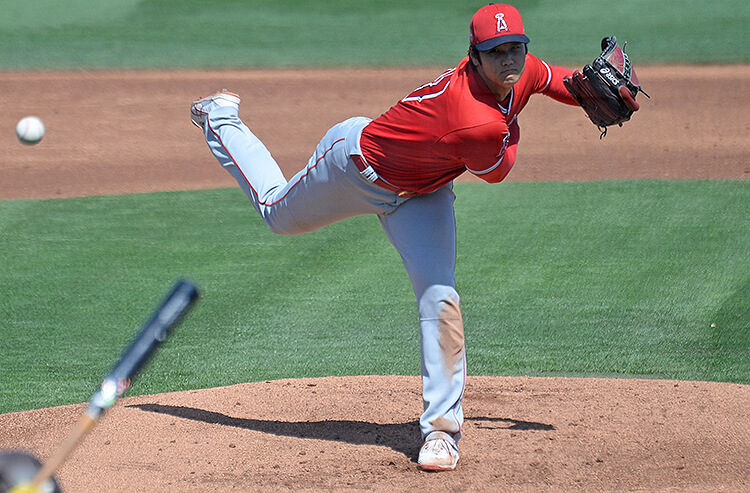