The Phillies and Braves will wrap up their season-opening series on Sunday. On Opening Day, Philadelphia earned a 3-2 extra innings win with a Jean Segura single bringing in Bryce Harper to walk off. Saturday saw an even more convincing win for the Phillies, as the Braves mustered just one hit in a 4-0 loss.

Will Philly complete the season-opening sweep? Find out in our best free MLB betting picks and predictions for Braves vs. Phillies on Sunday, April 4, with first pitch scheduled for 1:05 p.m. ET.

Ian Anderson (2020: 3-2, 1.95 ERA): Anderson will make his sophomore season debut on Sunday, after going 3-2 with a 1.95 ERA as a rookie, striking out 41 across 32.1 innings. A strong October will have the righty full of confidence going into 2021, after he struck out 24 in 18.2 innings in the postseason for Atlanta. Anderson throws a fastball, change-up and curveball.

Zach Eflin (2020: 4-2, 3.97 ERA): After back-to-back double-digit win seasons, Eflin went 4-2 in the shortened 2020 season with a career-low 3.97 ERA, striking out 70 batters across 59 innings — good for a career-high 10.9 strikeouts per nine innings. Philadelphia's Eflin predominately throws a sinker, slider and curveball.

Phillies are 1-6 in their last 7 games vs. a right-handed starter. Find more MLB betting trends for Braves vs. Phillies.

The NL East favorite Braves got off to a slow start on Opening Day, registering just seven hits while stranding runners in scoring position on multiple occasions. Philadelphia was all too happy to capitalize against its division rivals, creating just enough in their lineup to sneak out a win as underdogs.

Zack Wheeler delivered the Phillies a masterful performance on Saturday, pitching seven innings, striking out 10 while allowing just a single hit and no walks. Though Philadelphia's own lineup still wasn't exactly red-hot, its eight hits leading to four runs were enough to earn their second straight win to begin the year.

While Atlanta has begun the season in unconvincing fashion, Sunday should see the Braves end opening weekend strong against a feisty Philadelphia team capable of pushing them in the NL East. The Phillies can be pleased with the way the series began, but Atlanta's superior talent will win out in the finale.

With the Braves and Phillies both rolling out their aces on opening day, with Max Fried taking the mound for Atlanta and Aaron Nola for Philadelphia, it was no surprise to see the Under hit — even with an additional inning. Both starters were dealing early, with Fried striking out eight in five innings and Nola getting six to punch out across 6.2 innings.

Similarly, when you get a fantastic performance like the one Wheeler delivered for Philadelphia on Saturday, the Under becomes increasingly likely.

However, regardless of the early season slump for the Braves, there is just too much juice in both lineups to count on the Under consistently. With Philly rolling out Harper, Rhys Hoskins, Segura and Alec Bohm, and the Braves boasting the likes of Freddie Freeman and Ronald Acuna — plus both teams getting deeper into their rotation — we're counting on the bats to come alive on Sunday. 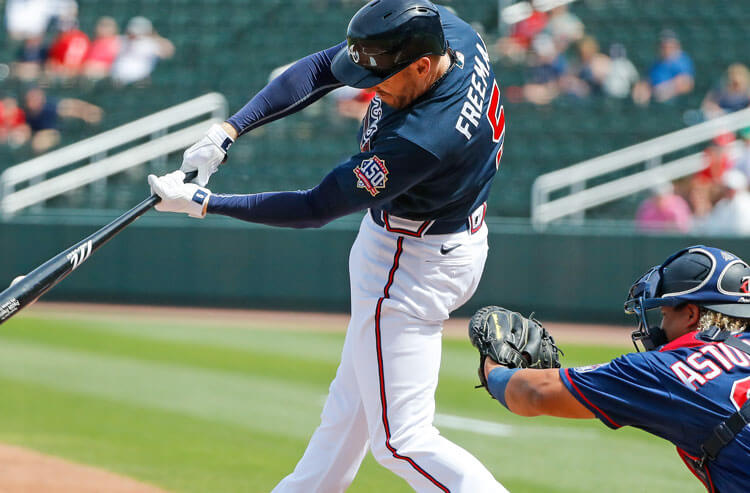 Braves vs Phillies Picks: Philly Fighting for Sweep
Provided by