The 2020 season marked just the second full season that Mike Trout hasn't finished in the Top 2 in AL MVP voting. He opens his season against reigning MVP Jose Abreu and the White Sox.

It's been six years since Mike Trout has seen playoff baseball, but optimism is high this year as the Angels have one of their best rosters in recent memory. They start their season with an MLB betting matchup against a White Sox club that broke an 11-year playoff drought in 2020, but will be trying to improve without one of their core pieces.

Can Trout and the Halos start their quest for postseason play with a heavenly outcome? See our thoughts in our free White Sox vs. Angels picks and predictions for Thursday, April 1, with the first pitch at 10:05 p.m. ET.

Dylan Bundy (2020: 6-3, 3.29 ERA): Bundy also had a breakout season last year, his first with the Angels after four middling seasons with Baltimore. Bundy saw his WHIP drop from 1.36 to 1.04 while giving up two fewer hits per nine innings, seeing his HR/9 drop by more than half and posting nearly 10 Ks/9. The former fourth-overall pick finished ninth in American League Cy Young voting last year and had a solid spring, posting a 0.87 WHIP across 17 1-3 innings.

The White Sox are 6-22 in their last 28 road games against the Angels. Find more MLB betting trends for White Sox vs. Angels.

After 11 straight years without seeing October baseball, the White Sox broke through last season by going 35-25 and getting into the AL Wild Card round. Chicago's M.O. was scoring runs—it finished fifth in the Big Leagues in runs scored, third in home runs, and sixth in batting average.

The engine of the Sox offense is reigning AL MVP Jose Abreu, who led the Majors with 60 RBI, was second with 19 home runs, and posted a .317 batting average. The Sox also added veteran outfielder Adam Eaton in the offseason to go with highly-touted youngsters Luis Robert and Yoan Moncada.

There are some major question marks, two exactly, around this team, however. The first is if these youngsters can take the next step forward to cover for the loss of rising superstar Eloy Jimenez, who hit .296 with 14 dingers last year but will be out for 4-6 months due to a torn pectoral. The second is how will this young club fare under veteran manager Tony La Russa, who replaced Rick Renteria in the offseason (in what was widely viewed as an unpopular move) and has already had his share of controversy during the winter months.

While Abreu is the reigning MVP, there is still no question that the best player in baseball is still Mike Trout. The Angels' future Hall-of-Famer (yes, already dubbing him that at age 29), had a subpar year by his standards, hitting just .281 with a.390 on-base percentage, finishing only fifth in MVP voting—only the second time in his nine full seasons that he wasn't in the Top 2.

The Halos had higher overall expectations going into last year, but again fell flat, finishing 26-34 (fourth in the AL West). The Angels finished ninth in the MLB in runs scored last year, ninth in OBP, and 10th in home runs, and further boosted the lineup by adding Dexter Fowler and Jose Iglesias to a lineup that features Trout, Anthony Rendon and a healthy Shohei Ohtani.

But the Achilles' Heel for Los Angeles, as always, was pitching—especially the bullpen. The Halos had a league-worst 14 blown saves last season, but have an almost entirely revamped bullpen, highlighted by the acquisition of closer Raisel Iglesias, who has had a sub-2.75 ERA in four of his last five seasons and had a career-best 0.91 WHIP last year.

The Angels also have some managerial questions as Joe Maddon, once considered among the game's best, goes into his second year in LA having posted five straight losing seasons.

Both teams will surely want to get off to good starts, can score plenty of runs, and have young aces on the mound. What's deciding things for us is the ChiSox's recent struggles at Angel Stadium, plus the better value on the home side as a dog.

While both Giolito and Bundy are strong options on the mound, there's still a lot of question marks around each team's bullpens.

The Angels added their big-name closer, as did the White Sox (who brought Liam Hendriks into the fold), but we're not entirely sure about how these teams get to their bullpen aces. Los Angeles added a number of veteran arms, but none of which provide guaranteed stability night-in-night-out, while the ChiSox, despite having the seventh-best bullpen ERA last season, feature a number of young arms that may need extra time to settle into the season.

We mentioned that both of these offenses can score, especially with some truly top-end veteran hitters on both lineups. The Over has cashed in five of the last seven head-to-head meetings (and six straight in LA) so we're going to bank on both sides scratching out a few runs today. 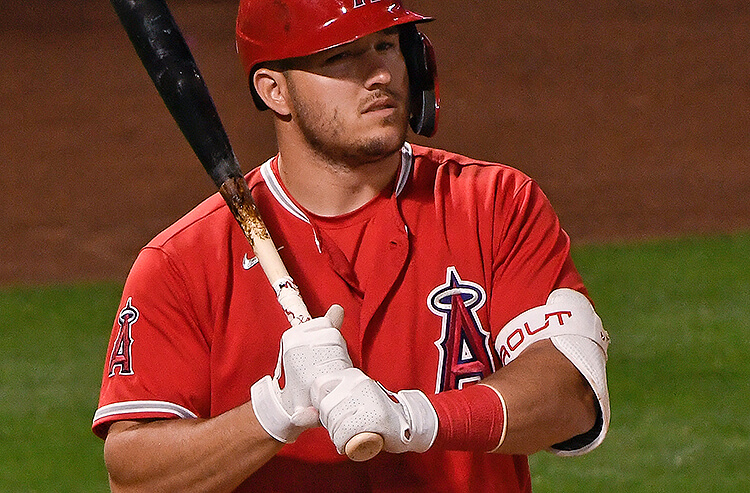 White Sox vs Angels Picks: Heavenly Matchup for Fans of Offense
Provided by