Tigers vs White Sox Picks: Detroit No Match for Rodon

The Chicago White Sox will be out for revenge after dropping the series opener to the Detroit Tigers with their ace on the mound.

Detroit took down Lucas Giolito and the White Sox with a 5-2 win to snap a five-game losing streak, but things won't be any easier for the club tonight. Now the Tigers will be up against lights-out left-hander Carlos Rodon in the first game of a doubleheader after Wednesday's contest was postponed.

Here are our best free MLB betting picks and predictions for Tigers vs. White Sox on April 29, with first pitch scheduled for 5:10 p.m. ET at Guaranteed Rate Field.

Casey Mize (1-2, 5.23 ERA): Mize, one of MLB's top pitching prospects, has struggled to adjust to big-league hitting. He sports a 6.24 ERA and 1.46 WHIP over 11 career starts dating back to last year and has been destroyed by the long ball. The 23-year-old has allowed 12 homers in 49 innings, including five in four starts this season, all of which have come in his last two outings. He was tagged for six runs on seven hits against the Kansas City Royals in his last start and five runs on seven hits to the Oakland Athletics before that. He'll face another difficult assignment tonight.

Carlos Rodon (3-0, 0.47 ERA): The left-hander has been on a roll early on, allowing one earned run over his three starts and throwing a no-hitter against Cleveland on April 14. He wasn't as dominant in his follow-up start six days later and battled control problems by issuing five walks, but he held the same Cleveland team to two runs (one earned) and struck out eight over five innings. Rodon has only allowed five hits this season and has struck out 24 in 19 innings. Tonight's matchup doesn't get any more favorable. Expect another gem.

The Under is 6-0-1 in the Tigers' last seven games as an underdog. Find more MLB betting trends for Tigers vs. White Sox.

What a story Rodon has been. The White Sox's former No. 3 overall pick has gone from an afterthought to one of baseball's best pitchers during the first month.

Rodon was limited to 42 1-3 innings the last two seasons, pitching to a 5.74 ERA and 1.46 WHIP, and had to earn a rotation spot out of spring training. He has more than made good on that, tossing a no-hitter in his second start of the season, and he takes a 0.47 ERA and 0.68 WHIP into a plus matchup against the Tigers. The lefty's average fastball velocity is up two-plus mph and he's touching upper-90s, turning into a major weapon again.

The 28-year-old will look to continue his hot run versus the lowly Tigers, who are 8-16, have the worst run differential in the majors, and are scoring the fewest runs per game in the American League at 3.08. Detroit struggles to score against any team, so expecting the Tigers to do much against Rodon is wishful thinking.

Chicago is a massive -200 favorite on the moneyline. A victory while up against the homer-happy Mize seems more than likely and the White Sox should be able to silence Detroit's light-hitting lineup and win by multiple runs with Rodon on the mound.

The Tigers' offense is awful and is even worse against lefties.

Detroit has the highest strikeout rate in the majors against left-handers, is dead last in slugging, and second from the bottom in on-base percentage. FanGraphs' catch-all offensive stat, weighted runs created plus, has the Tigers at 58 percent below league average versus southpaws, better than only the Atlanta Braves.

Rodon, a hard-throwing lefty who generates lots of punchouts with his swing-and-miss arsenal, is a terrible matchup for a Detroit team that entered Monday's series opener having scored two runs or fewer in five straight. The Tigers have gone Under in four consecutive games, are 2-8-1 O/U over their last 11, and have a 7-16-1 mark on the season, which has led to them cashing Unders at the highest rate in MLB.

The White Sox have a powerful offense that ranks tied for first in wRC+ and fourth in runs per game to accompany the second-lowest strikeout rate and second-best OBP. They've been led by the surprise play of rookie Yermin Mercedes, who leads the majors with a robust .432 average, while ranking second in OBP (.475) and fourth in OPS (1.137).

Chicago (10-12 O/U) has gone Under in two of its last three games and we're expecting another with Rodon toeing the rubber, even with the low total because of the seven-inning game. 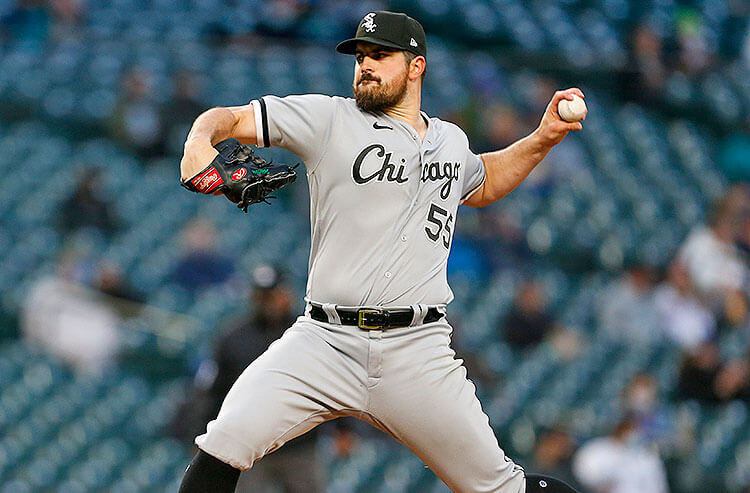 Tigers vs White Sox Picks: Detroit No Match for Rodon
Provided by