Two of the best pitchers in the AL face off Wednesday as New York and Tampa do battle again. But one of these sides has a clear edge when it comes to hitting the opponent — find out more in our MLB betting picks for Rays vs. Yankees.

The New York Yankees have won five games in a row heading into Wednesday’s meeting with the Tampa Bay Rays, and this one should be an extremely exciting match-up to watch. Shane McClanahan will be toeing the rubber for the Rays, while Nestor Cortes is slated to start this game for the Yankees.

Will McClanahan outduel Cortes and help Tampa Bay earn a victory? Check out our Rays vs. Yankees MLB picks and predictions for Wednesday, June 15 to find out.

The Yankees opened as -138 favorites in this meeting with the Rays, and they’re now floating between -140 and -148 in what should be a fun battle on the mound.

The total opened at 7.5, which isn’t all that surprising given how well these two pitchers have performed in 2022. It has since moved to 7 at a lot of sportsbooks.

If you're betting on Yankees vs. Rays, here are two of the best bonuses* available:

Shane McClanahan (7-2, 1.87 ERA): McClanahan allowed no earned runs over eight innings in a 2-1 win over the St. Louis Cardinals on June 9. The lefty has now allowed two or fewer earned runs in 10 of his 12 appearances this year, and he has also given up one or fewer in five of his last six starts. McClanahan also happens to have racked up at least seven strikeouts in each of his last six.

Nestor Cortes Jr. (5-2, 1.96 ERA): Cortes looked human in his last start, as he gave up four earned runs in 4 1-3 innings against the Minnesota Twins. He will now look to rebound against the Rays, and the lefty will probably feel pretty good about doing so. Cortes started against Tampa Bay back on May 26 and gave up just one earned run over eight innings of work.

The Yankees are 50-19 in their last 69 home games. Find more MLB betting trends for Rays vs. Yankees

The Yankees have won five games in a row and will now be looking to make it six when they host the Rays. This game has all the makings of a low-scoring affair, with each team throwing studs to the mound. However, it’s a bit easier to trust the Yankees than the Rays in this meeting in the Bronx.

While McClanahan arguably has a small edge over Cortes when it comes to stuff, the Yankees make up for that with their ability to hit lefties. The Yankees are fourth in the league in on-base plus slugging, second in isolated power and third in weighted runs created when facing southpaws this season. Meanwhile, the Rays are just 17th, 25th and 24th in those categories this season. That just makes it a little hard to justify backing Tampa Bay over New York.

Cortes also happens to embrace pitching in Yankee Stadium, where he is 2-0 with a 1.50 ERA in five starts this season. That’s rather important when trying to decide on who will win a game we expect to be close. It’s also worth noting that the Yankees got seven hits on McClanahan the last time they faced him, so there’s track record of them producing against him.

This match-up features two of the best pitchers in baseball right now, both among the AL Cy Young odds leaders. With that in mind, it’d be downright disrespectful to suggest taking the Over in this game. The Yankees scored only two runs the first time they faced McClanahan this season, while the Rays scored only two when they faced Cortes a few weeks ago. Don’t be surprised if history repeats itself, as it’s entirely possible that the winner scores only two or three runs.

Over the last two seasons, the Under is 14-2 when McClanahan pitches against AL East opponents. The Under is also 3-2 in Cortes’ five home starts this season, which makes sense when considering the lefty’s 1.50 ERA at home. On top of that, the Under is 18-8 in the last 26 home games that New York has played against teams with winning records.

The Rays have failed to score at least four runs in three of their last four games, and they have actually been shut out in two of those four contests. That’s something that is just really hard to ignore when they’ll be going against a pitcher as good as Cortes on Wednesday. Of course, batting in hitter-friendly Yankee Stadium helps a bit, but Cortes has been one of the best pitchers in baseball all year.

Tampa Bay also happens to be rather pedestrian against left-handed pitching. That means this could be a rough game for the Rays, who might have trouble with the smoke and mirrors that Cortes throws at opposing hitters. And for what it’s worth, opponents have failed to score at least four runs in six of the last eight Cortes starts. 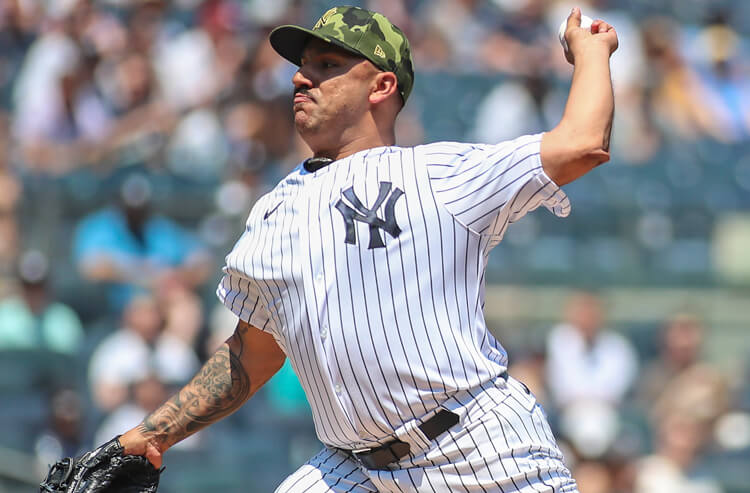 Rays vs Yankees Picks and Predictions: Let's Hear Your Best Pitch
Provided by