The Boston Red Sox have bounced back after getting swept by the Baltimore Orioles in their season-opening series. And after last night’s 6-5 extra-inning comeback win over the Tampa Bay Rays, the BoSox are looking for a sweep of their own.

The Red Sox will be MLB betting favorites in today’s matinee as they hand the ball to hard-throwing Nathan Eovaldi while Rays counter with Ryan Yarbough. Check out our free MLB picks and predictions for Rays vs. Red Sox on Wednesday, April 7, with the first pitch scheduled for 1:10 p.m. ET.

Ryan Yarbrough (0-0, 0.00 ERA): With Tyler Glasnow the latest ace of the Rays staff, and bringing in veterans like Chris Archer and Michael Wacha, Yarbrough could be a little overlooked in this Rays rotation. But he shouldn’t be because Yarbrough has a quality arm who works off mostly a sharp cutter and a fall off-the-table changeup. The lefty opened the season by shutting out the Marlins on four hits over 5 2-3 innings.

Nathan Eovaldi (0-1, 1.69 ERA): While the Red Sox were swept by the Orioles in their season-opening series, you couldn’t blame Eovaldi. The hard-throwing right-hander looked impressive on Opening Day, allowing just one run on four hits in 5 1-3 innings against the O’s. Eovaldi throws his fastball over 50 percent of the time, but that doesn’t mean it's easy to hit as the average velocity of it is nearly 97 miles per hour.

The Rays are 13-4 in their last 17 games in Boston. Find more MLB betting trends for Rays vs. Red Sox.

The Rays will need a short memory after Tuesday night’s loss. They had one-run leads heading into the bottom of the ninth, 11th, and 12th—ended up losing the game. The bottom of the 12th was particularly hard to watch as they were one strike away from winning, before a hit by pitch, a wild pitch and a poorly played fly ball led to the Red Sox’s victory.

But the Rays will look to put that behind them when they hand the ball to Yarbrough for the finale. As mentioned, the lefty looked impressive in his first start of the season, and now takes on a Red Sox lineup that ranks 25th in OPS and hasn’t hit lefties well so far.

While you can expect a strong performance out of Eovaldi in this one, the Rays are in a prime spot to bounce back and are going to play a little pissed off after letting the last one get away. On top of that, the Rays’ bullpen is much better than they have played to this point and we should see a return to the mean soon. Getting the Rays as a short underdog is a good value here.

As for the total, runs could be hard to come by in this one. Yarbrough cruised through his first outing against the Marlins, needing just 65 pitches to get through 5 2-3 innings of work. As noted, Yarbrough now faces a Red Sox lineup that has struggled against southpaws in the early goings of this season, as they are just 6 for 48 with 17 strikeouts against left-handed pitching this year.

Eovaldi is also in a position to succeed in this matchup. The Rays are hitting .221 as a team for far this season and have continued their free-swinging ways from a season ago, which included striking out 13 times in Tuesday night’s matchup. Look for Eovaldi to once again rely on his fastball to mow through the Rays lineup. With two solid starters going head-to-head, this game is a good bet to stay Under the number. 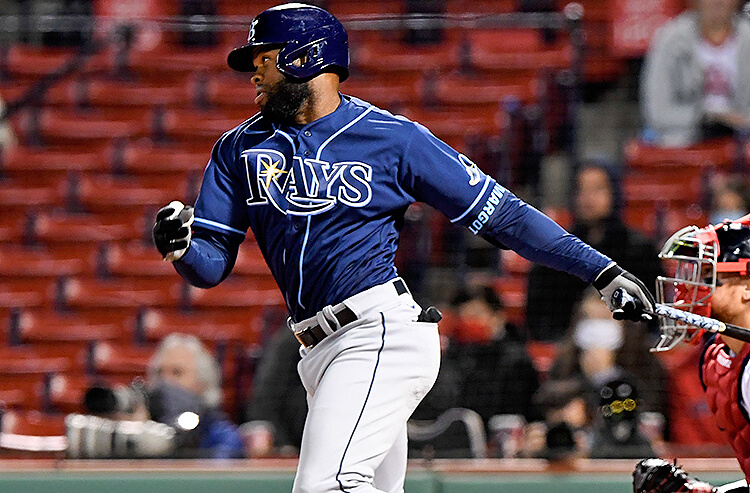 Rays vs Red Sox Picks: Good Value on Rays to Rebound
Provided by